Treptower Park – Red Army in the center of Berlin

Berlin, like other European capitals, has its own mandatory points to visit. However, if we are in this city one more time, we start to get to know the city from a different angle. This time I came to a place that despite its “strangeness” made a great impression on me – Treptower Park.

Historically Berlin was at the center of events during the Second World War. It was here that the decisions were made and it was this city, or rather its fall, that ended the war. His later history, however, was not simple. Divided in half by the wall, it became a combination of two worlds.

This time, being in Berlin, I visited Treptower Park. At first glance, it is simply a park located by the river. However, it hides a place that surprises. It is a memorial of soldiers of the Red Army who died in the fighting of 1941-1945. It is the biggest memory place devoted to war all over Germany.

The entrance to this place is marked with a large triumphal arch with inscriptions in German and Russian. There are actually two entrances to him. One from Am Treptower Park and the other from Puschkinallee. I used the second one – before entering the park you can admire the beautiful alley of plane trees.

Going further, we come to the monument “Mother Russia” in the shape of an elderly woman. Standing at the monument, we can see the scale of the memorial park. It has almost 100,000 square meters.

Going from the “Mother Russia” towards the monument, we pass a “gate” along the way guarded by sculptures of soldiers of the Red Army with pepesha guns. Then we pass blocks with sculptures depicting war scenes. On their sides we have various quotes (eg Stalin).

The central point of the park is a monument of a soldier of the Red Army who rescued a German girl. In the interior of the monument, there is room decorated with mosaics. There are portraits symbolizing 16 Soviet republics. The soldier on the monument holding a sword with which he destroyed the swastika – it was supposed to be a symbol of the victory of socialism and a guarantee of a peaceful future.

Although I visited the park in the morning and in rainy weather there were other visitors there. This is an unusual place, but the size is impressive. We would rather be forgotten or liquidated, but here it is an important element of history. If you are looking for something different in Berlin and you want to experience art in a slightly different edition, then visit Treptower Park. 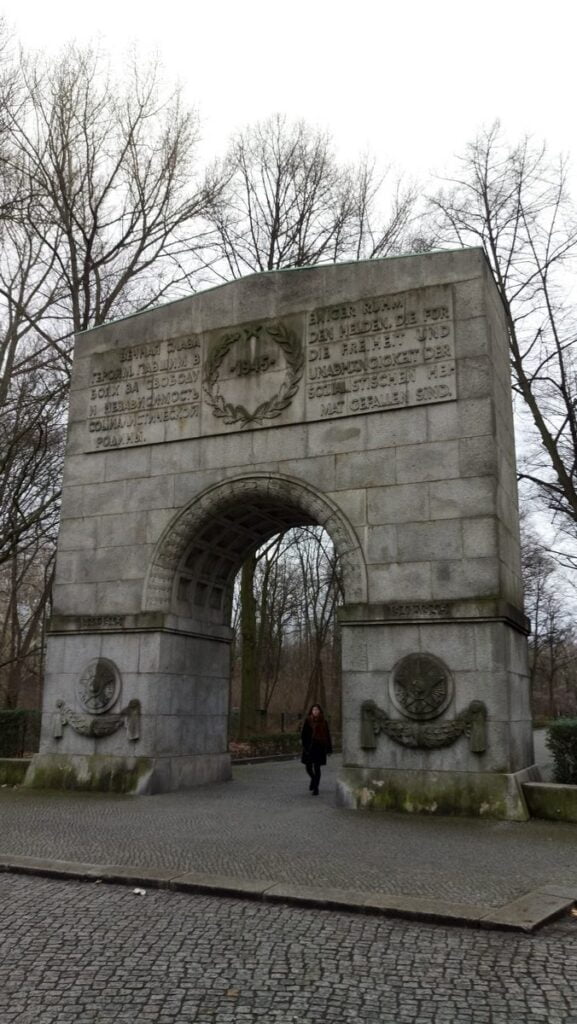 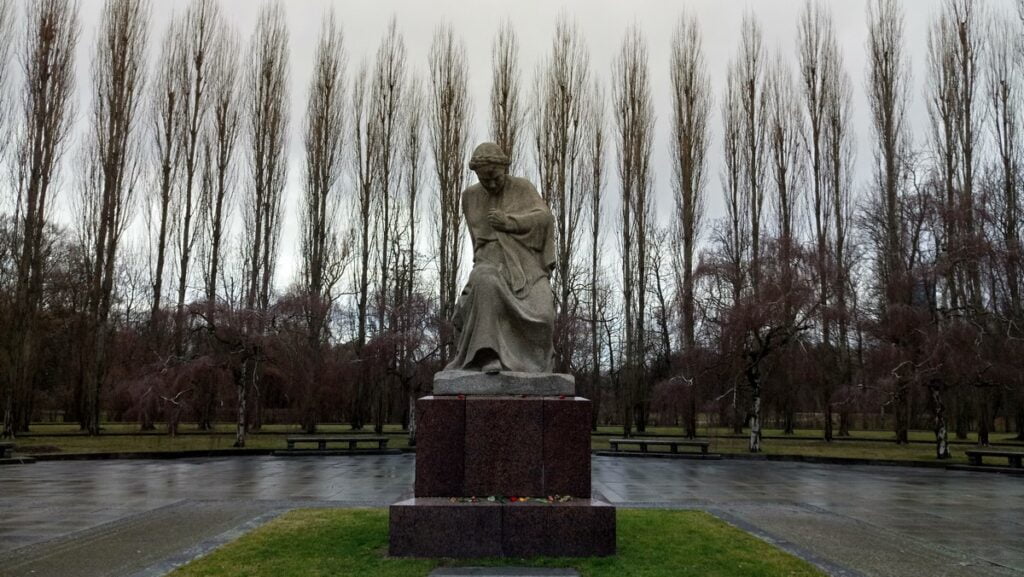 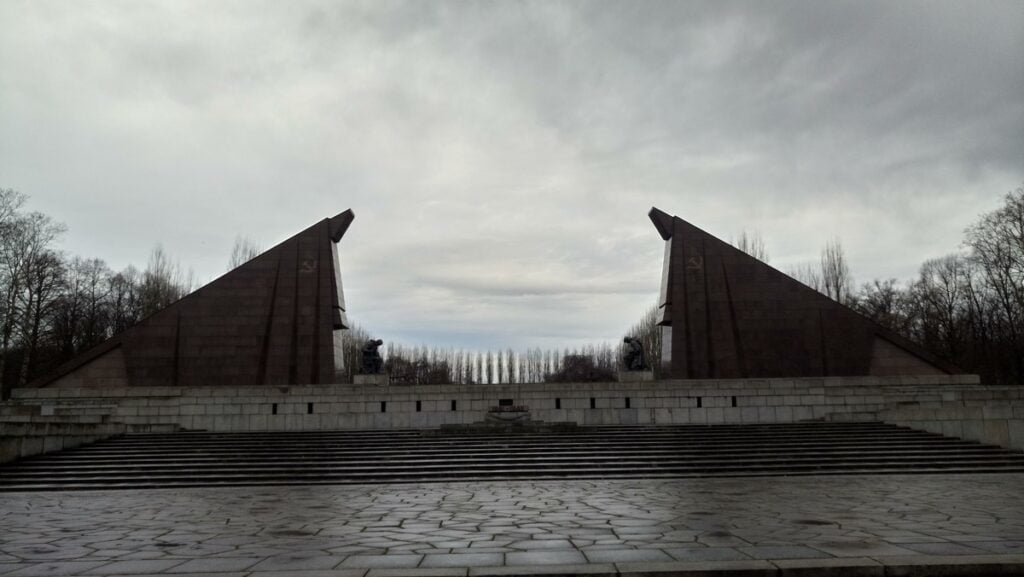 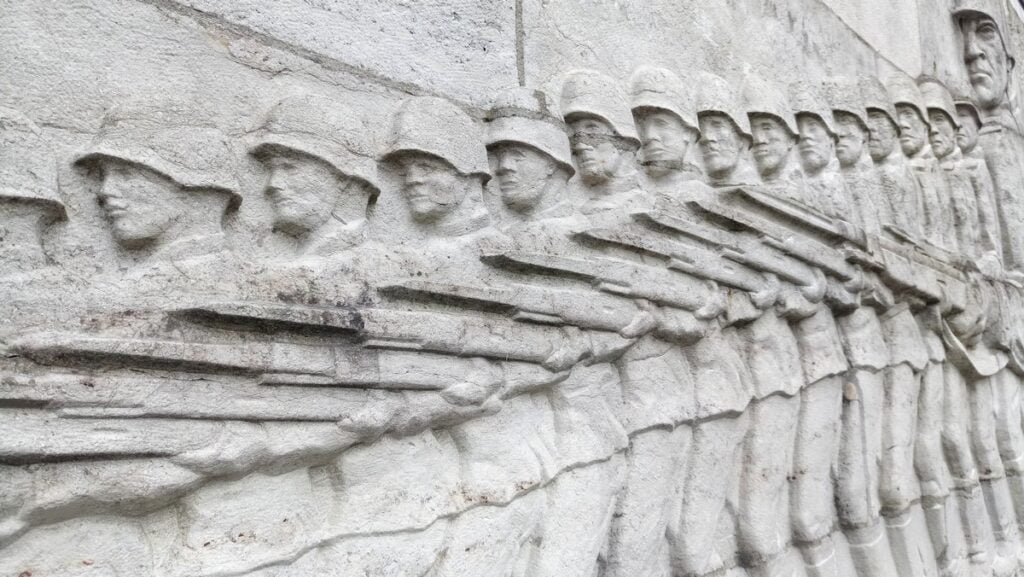 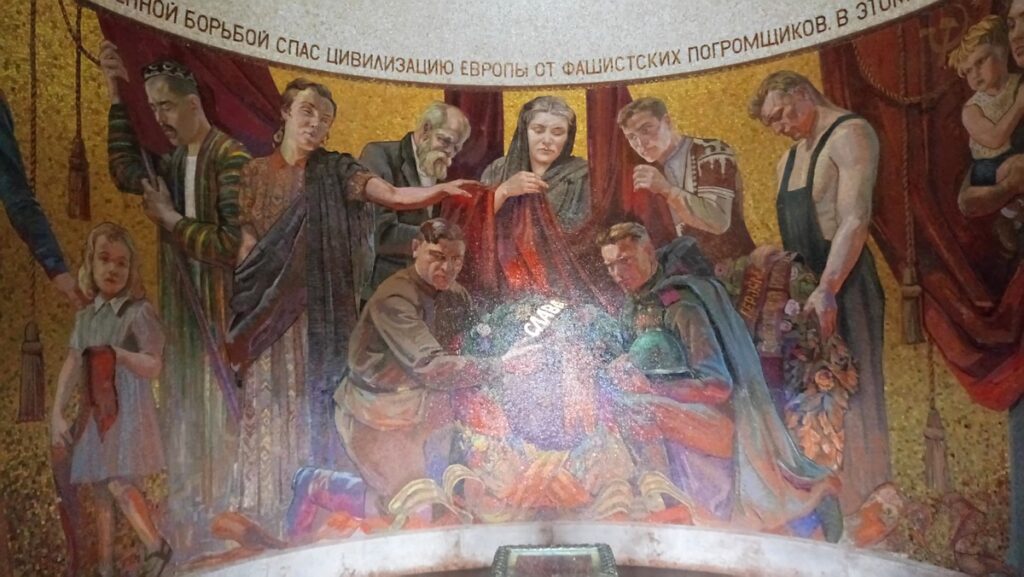 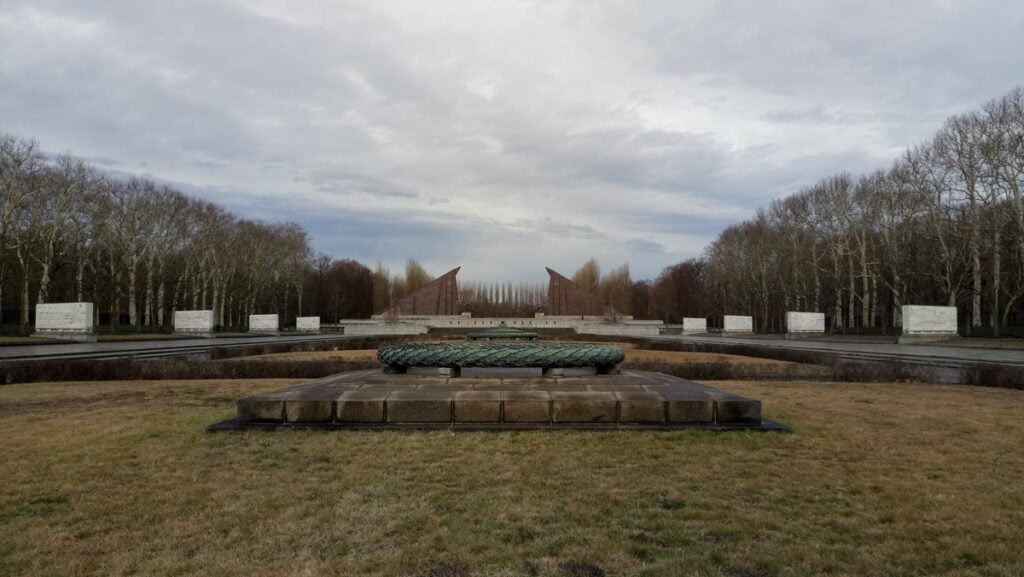 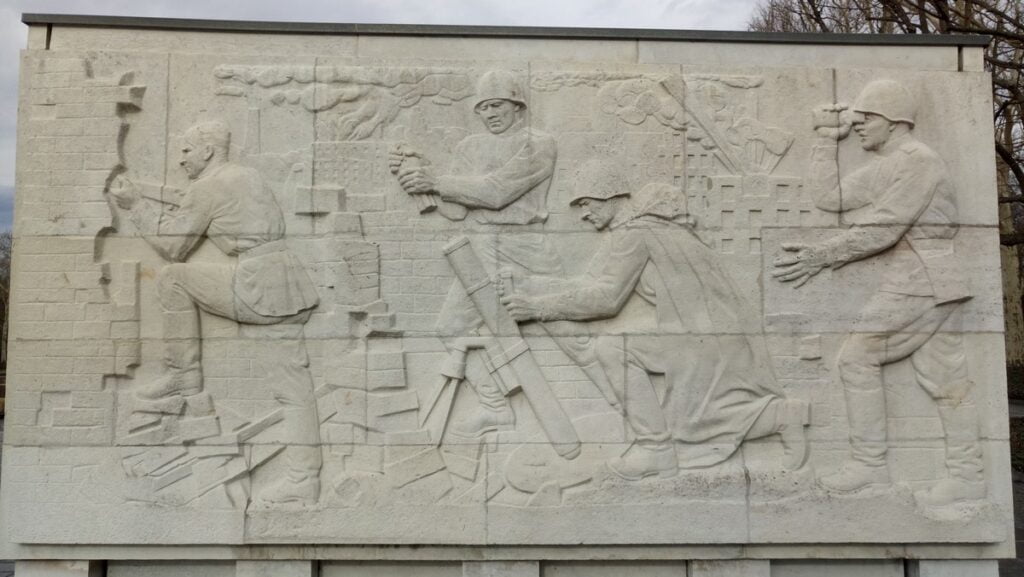 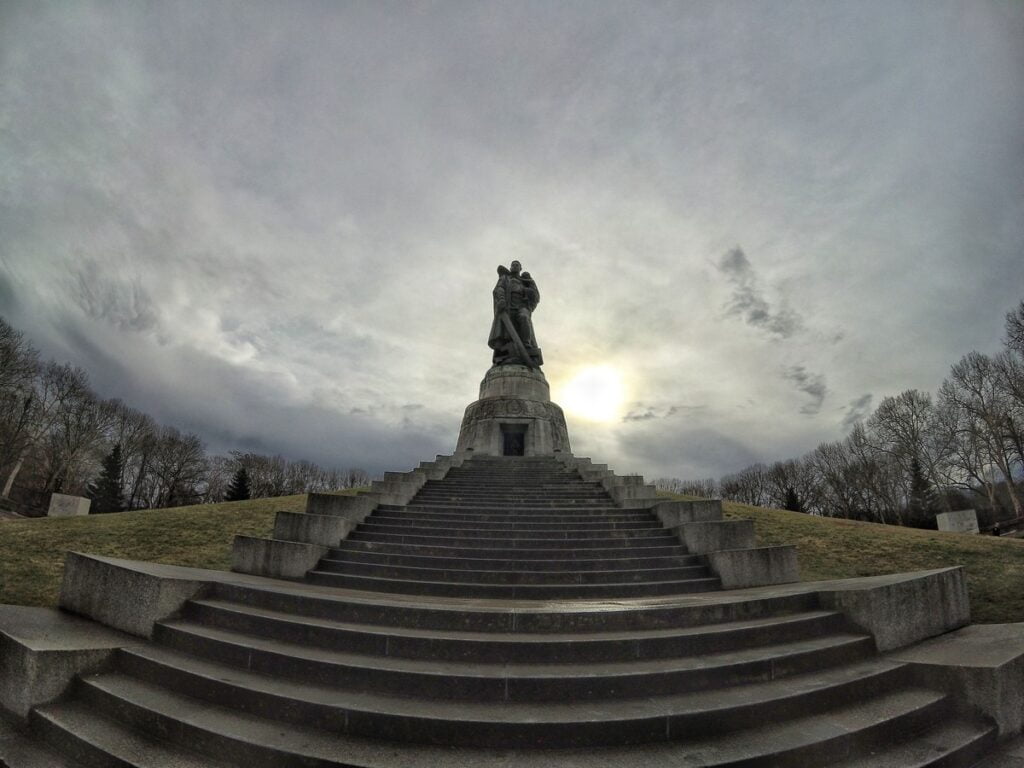 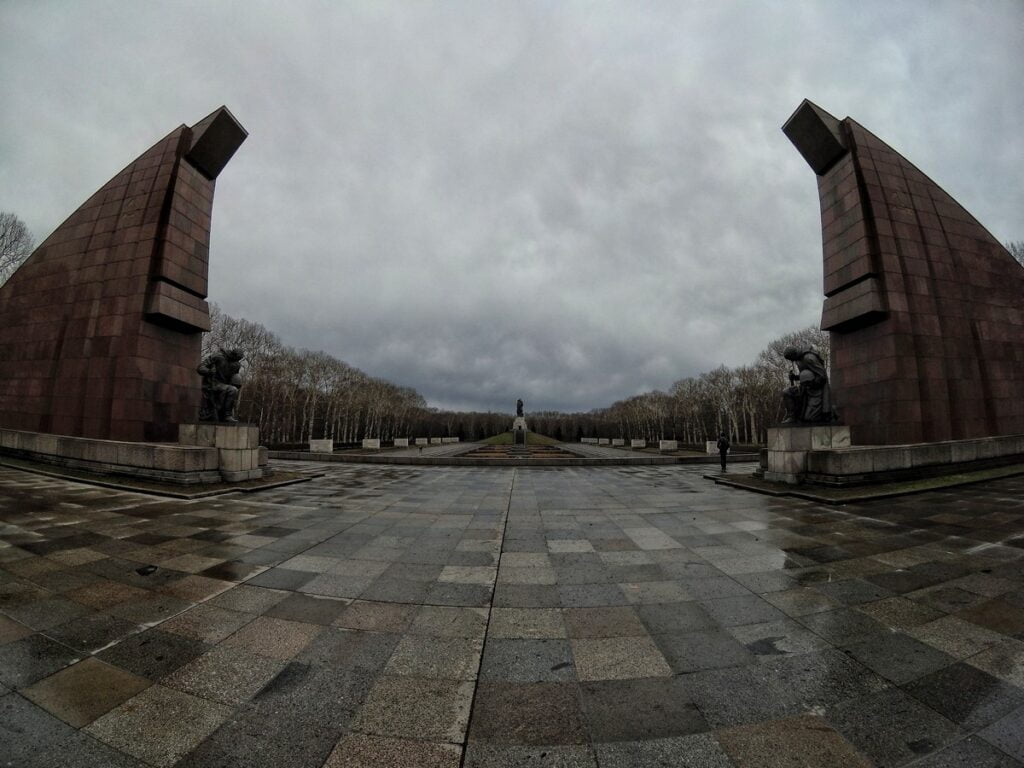