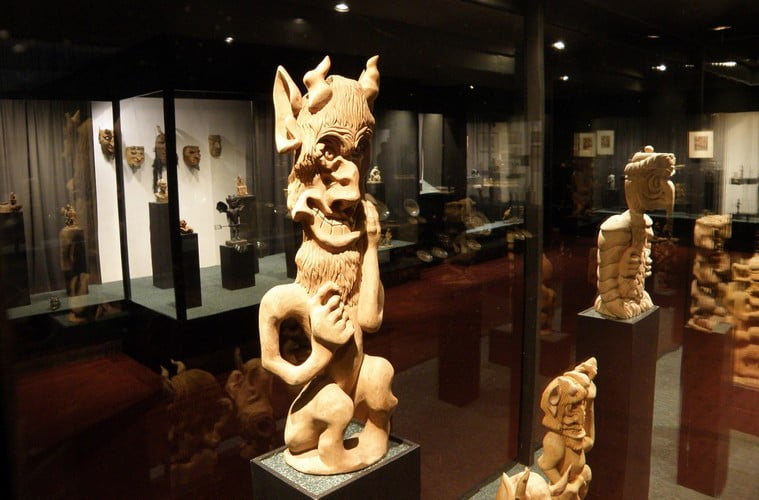 If you search the Internet for unusual places that are worth visiting in Kaunas, you will definitely find the Devils Museum! I decided to visit this place and check what it has to offer!

The Devils Museum is actually a branch of the National Museum of Art. M. K. Čiurlionis and this is his part devoted to the works and collections of Antanas Žmuidzinavičius.

The admission ticket costs 5 Euro (discounted 2.5 Euro), and every last Sunday of the month the admission is free!

History of the place

The Memorial Museum of Antanas Žmuidzinavičius was opened on February 22, 1966. It was and still is in the house where the artist lived, which was designed by the architect Vytautas Landsbergis-Žemkalnis. Initially, the exhibition was devoted to the artist – his life and work. In 1982, a second house was built next to the artist, to which the collection of devils was moved. 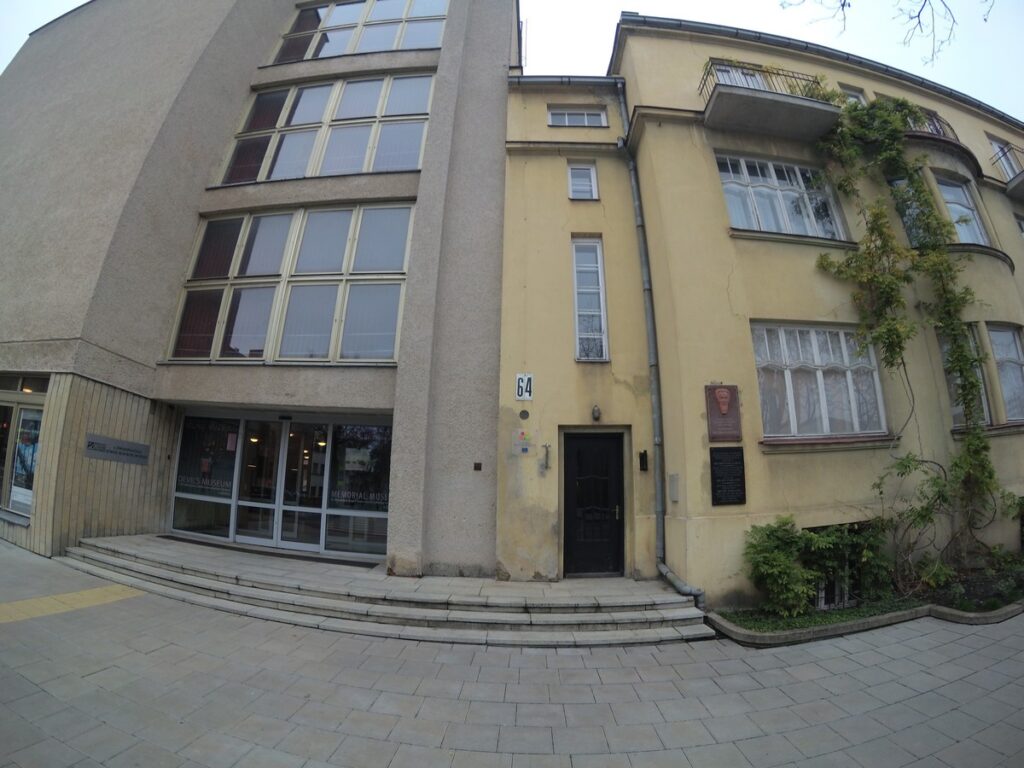 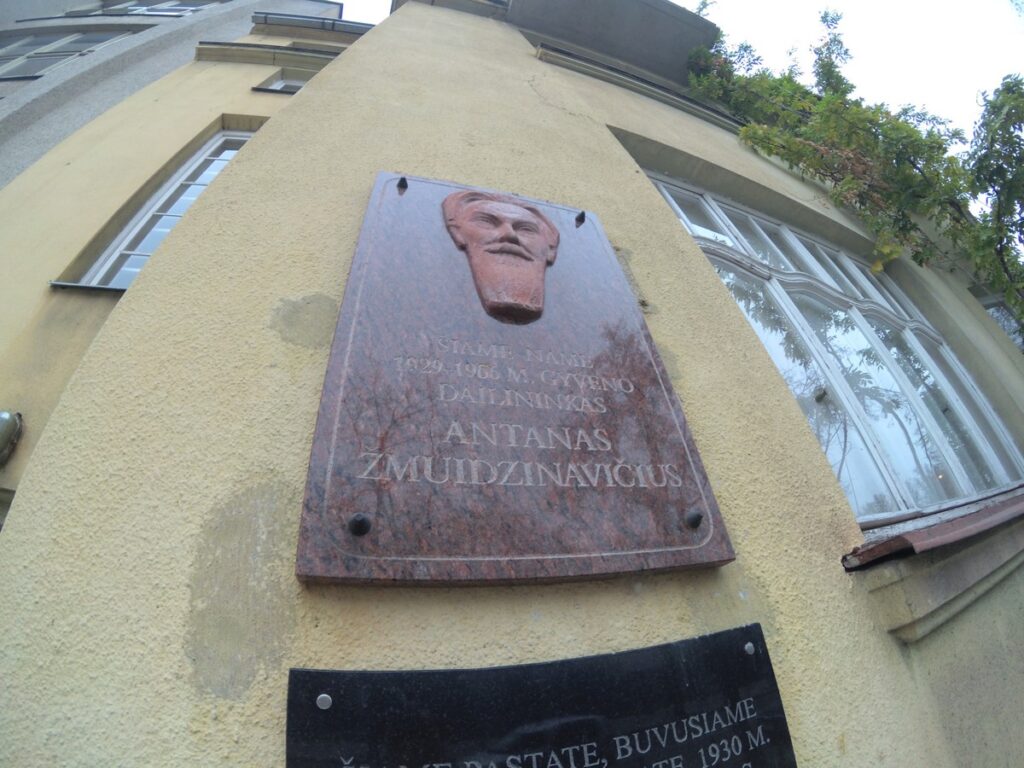 In the beginning, it is worth to tell that this is the first museum of devils in the world. Today, collecting such objects would hardly cause a sensation. Imagine the same situation when the collection began to be created in the first half of the 20th century.

In the beginning, the collection contained 260 exhibits, but over time after the death of the creator, guests began to provide more and today the number exceeds 3000 pieces. The exhibition occupies 3 floors of the building next to the painter’s house.

At the exhibition, we will find various representations of devils. There are both Lithuanian and foreign ones, large and small, wooden, clay and others. If you look at it, you’ll also find one with a golden tooth!

Some representations of the devil refer to his image of the goat, there are also those that depict him as the husband of the Witch. With many exhibits, you will find the devil in the company of cigarettes or alcohol, because according to beliefs it is his domain. 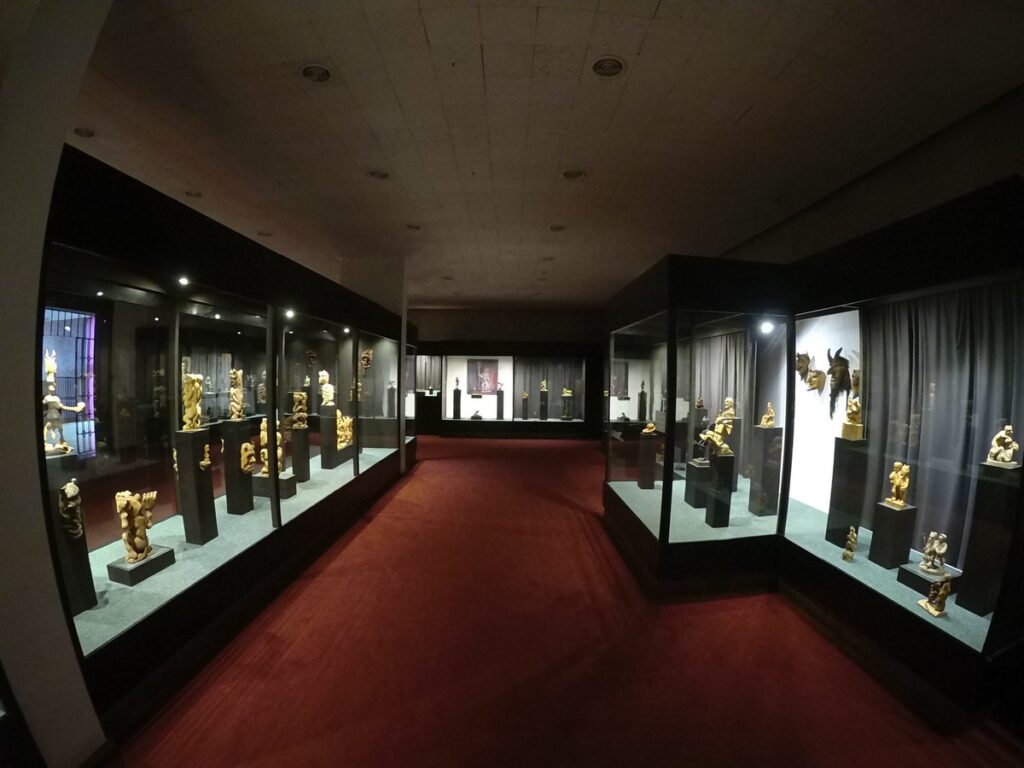 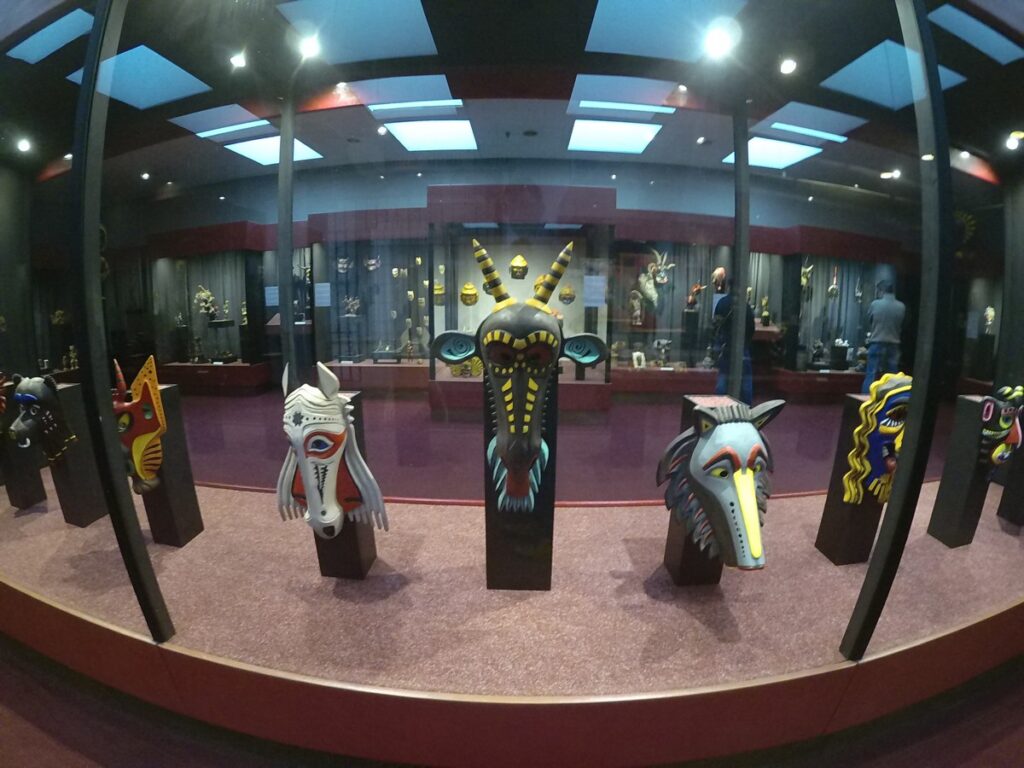 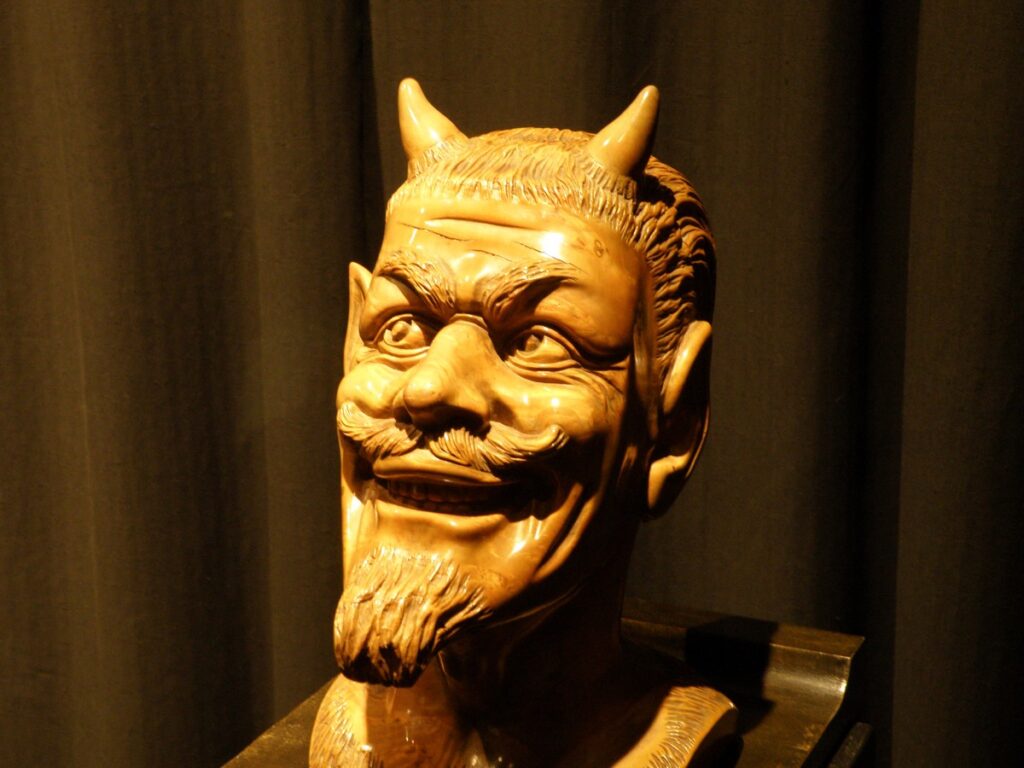 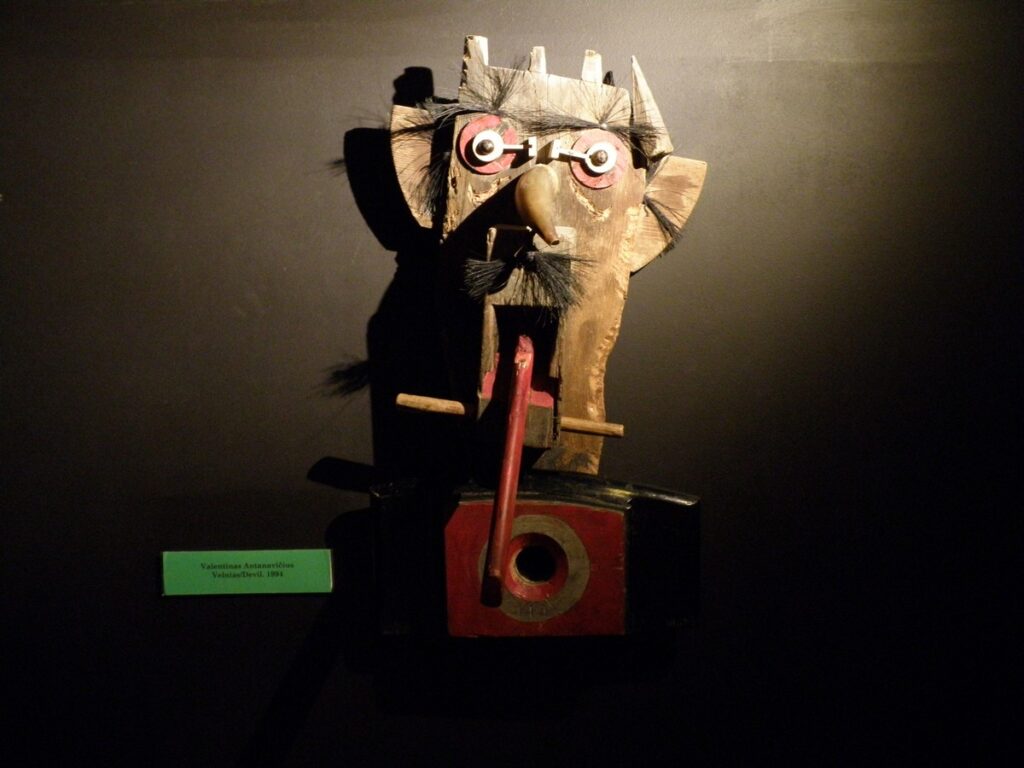 The artist, who started the devil’s collection, was a very talented person and was active in various fields. In addition to the devils themselves, he had over 20 different collections. He was born in 1894 and died in 1966. He studied at many European universities, and together with Čiurlionis created the first exhibition of Lithuanian art. He was one of the founders of the Vilnius Art Society in 1907. He received his first devil during the exhibition just mentioned. In 1906, he received the devil for his first name day gift. It later turned into a name day tradition. 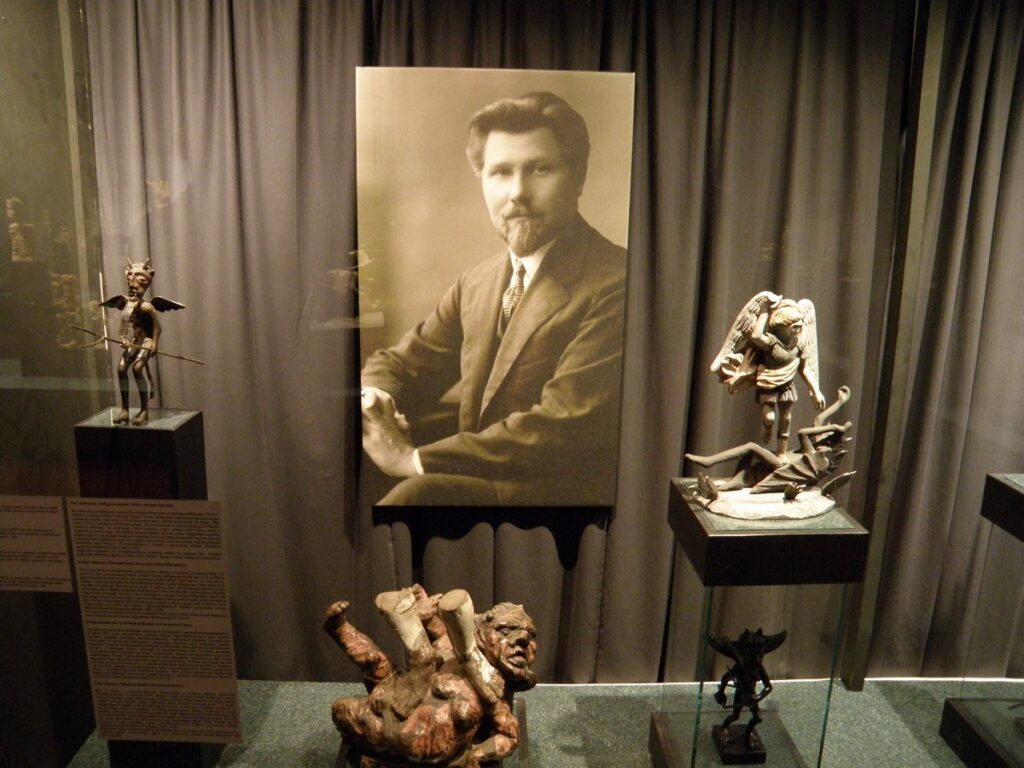 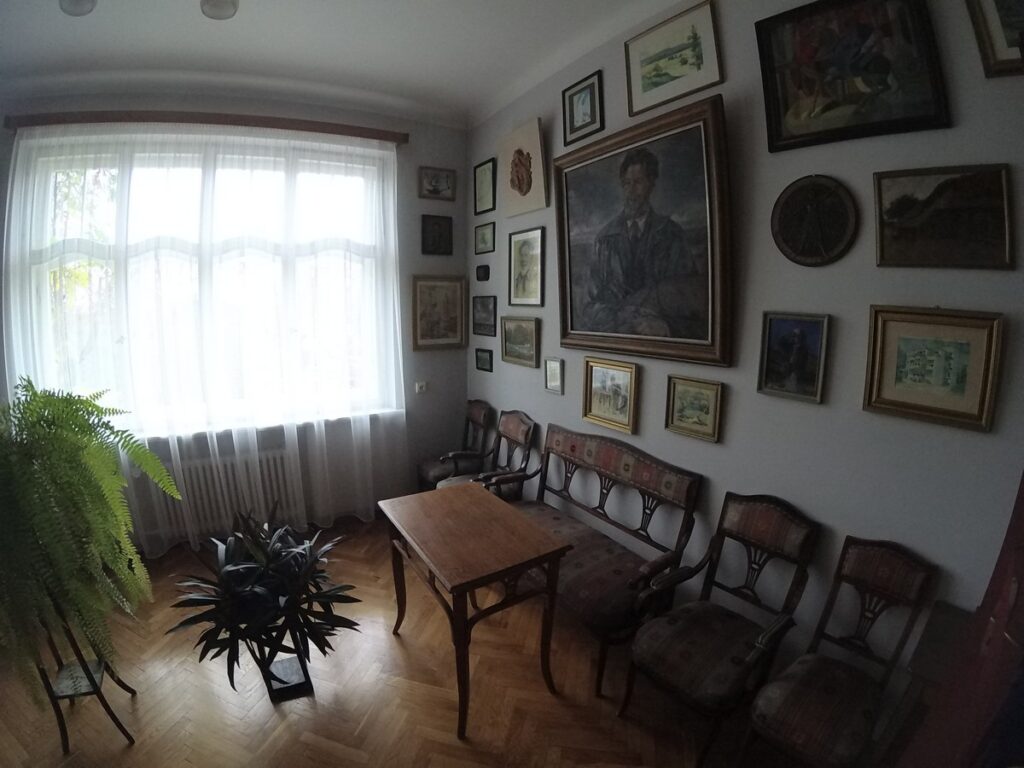 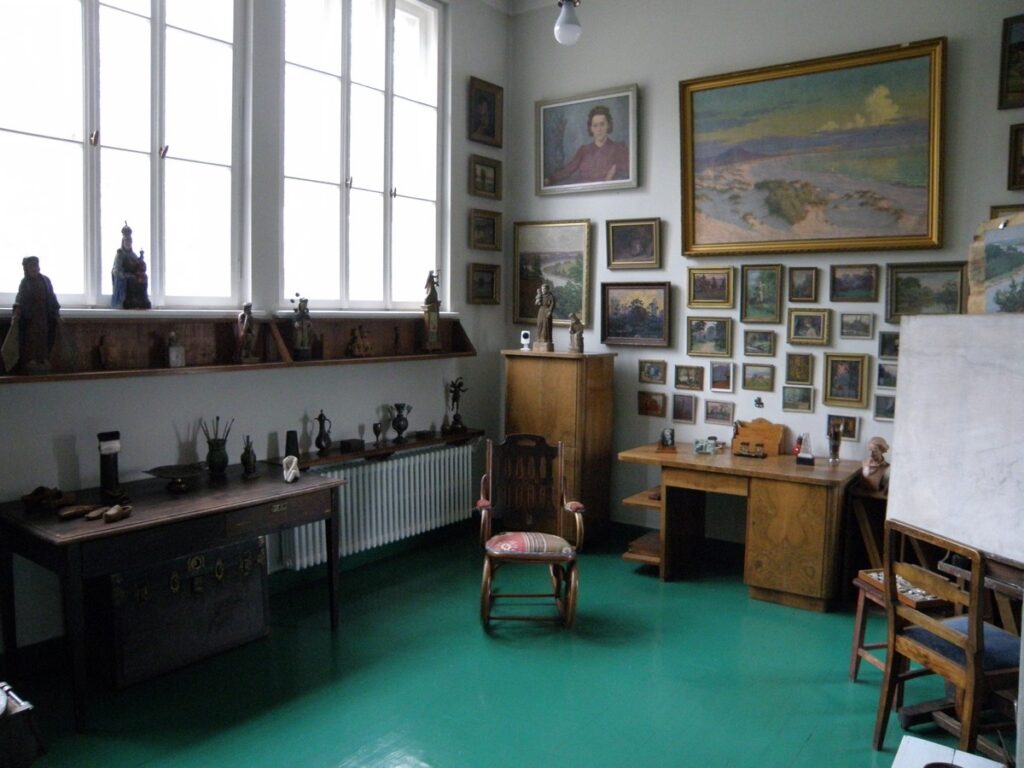 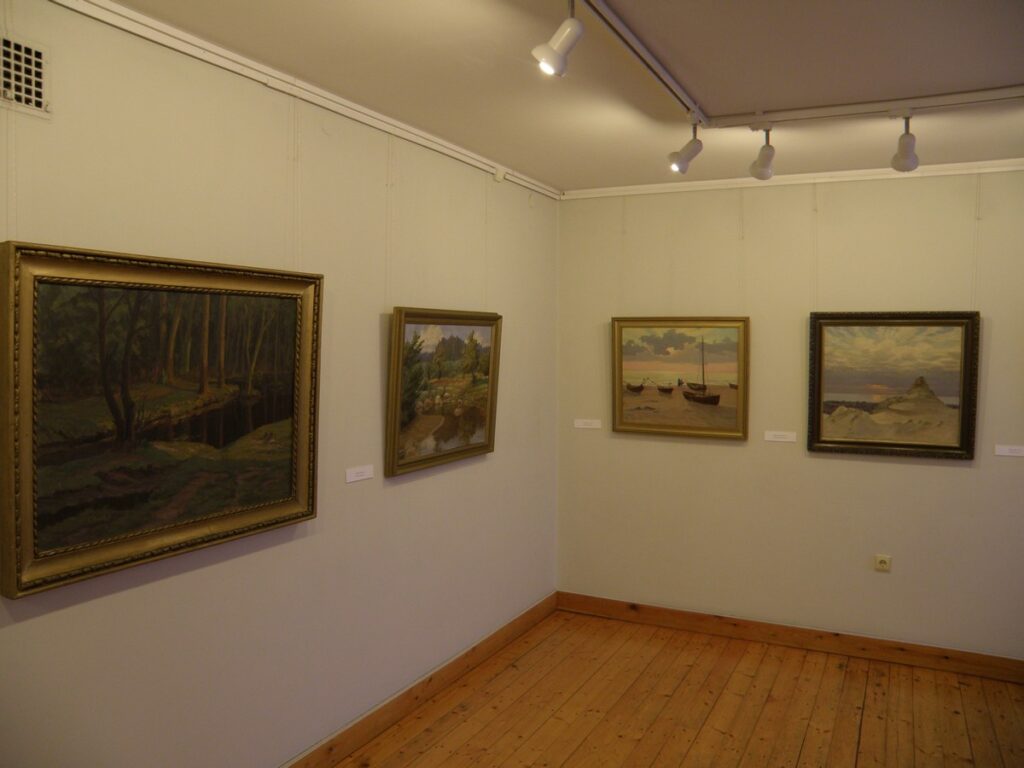 Despite the fact that the interior of the museum is not modern, the exhibition is interesting and worth visiting. The person of Antanas Žmuidzinavičius is also interesting. If you are in Kaunas, visit this place, after all, it is the first institution of its kind in the world! 🙂 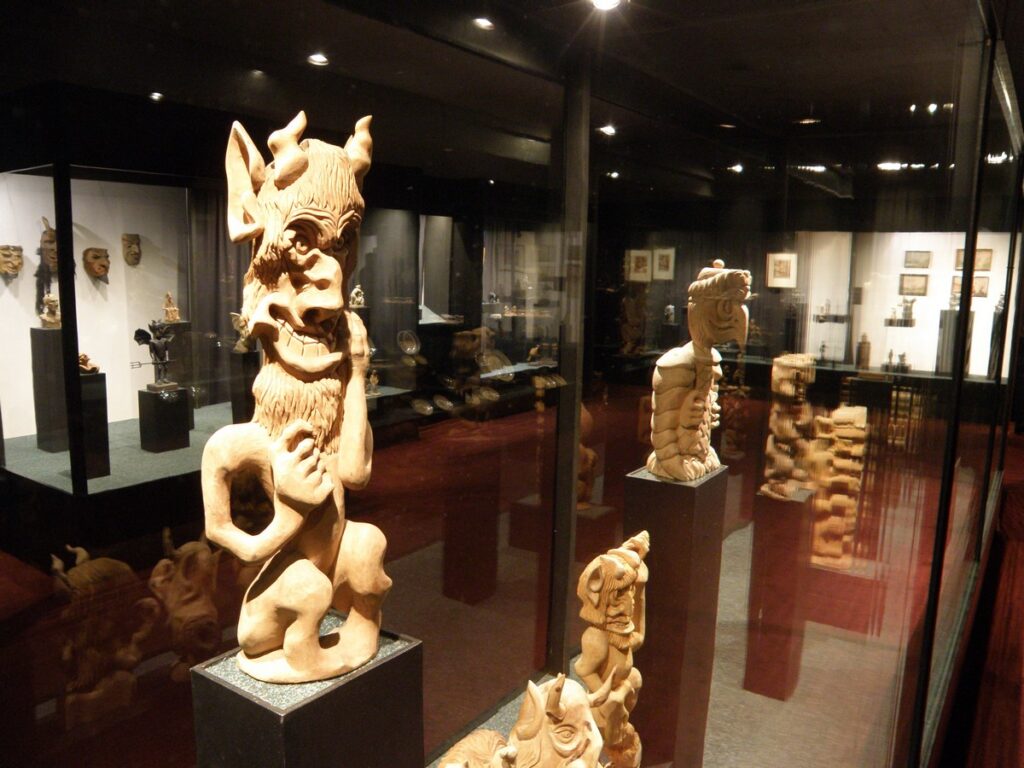 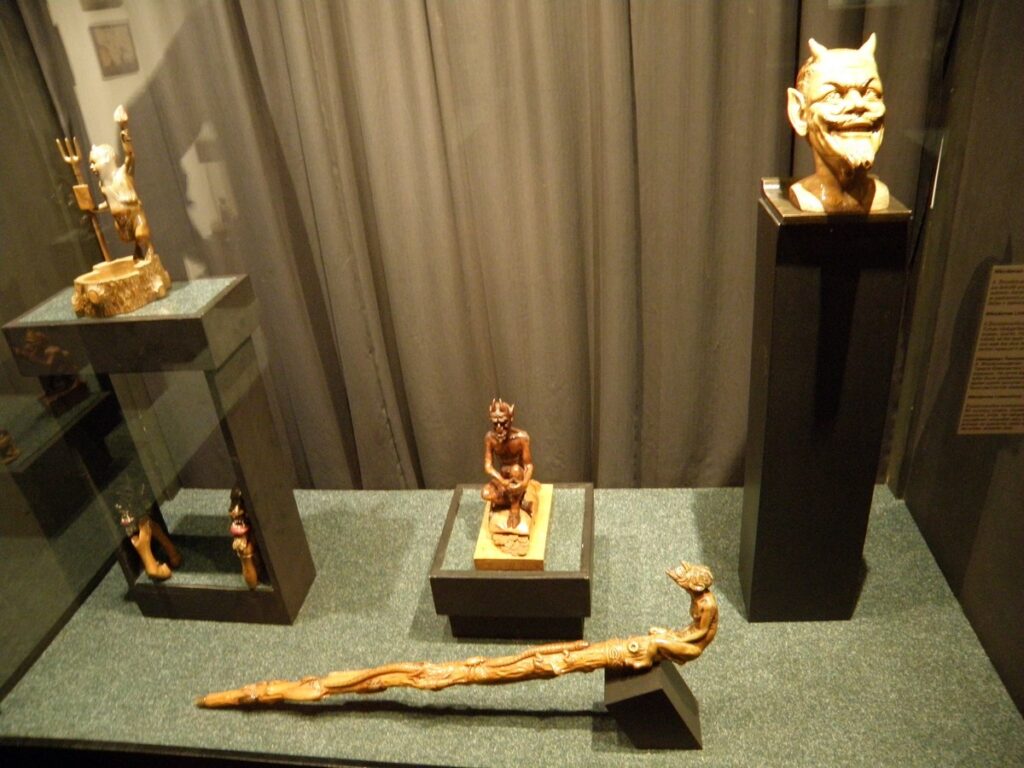 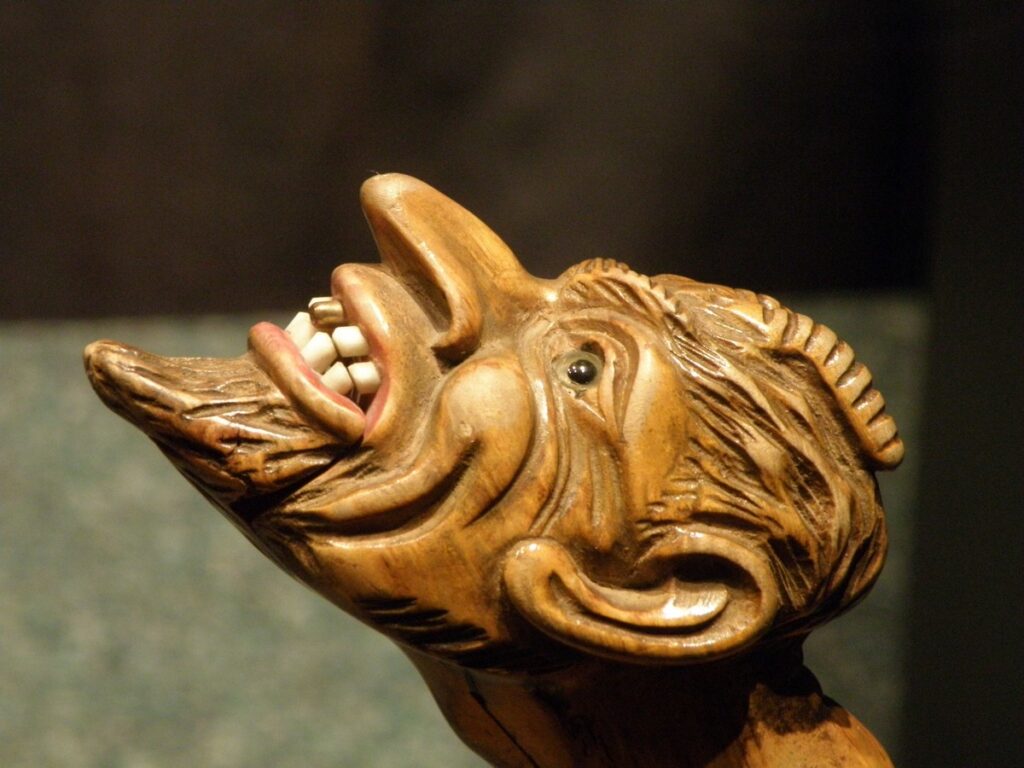 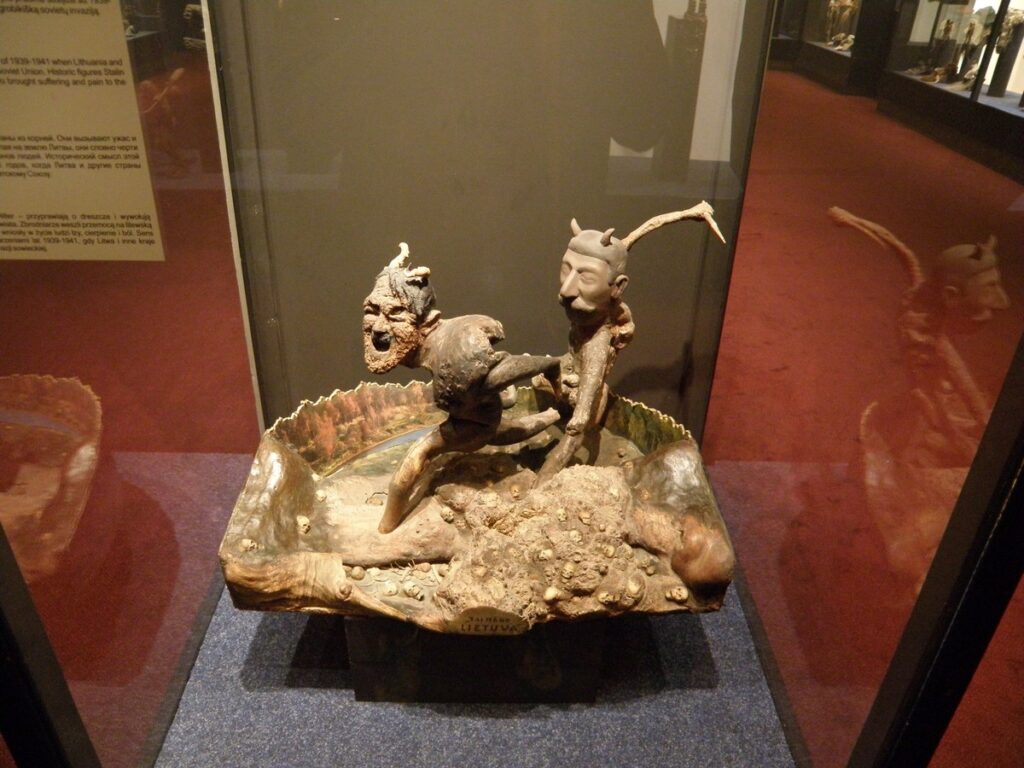 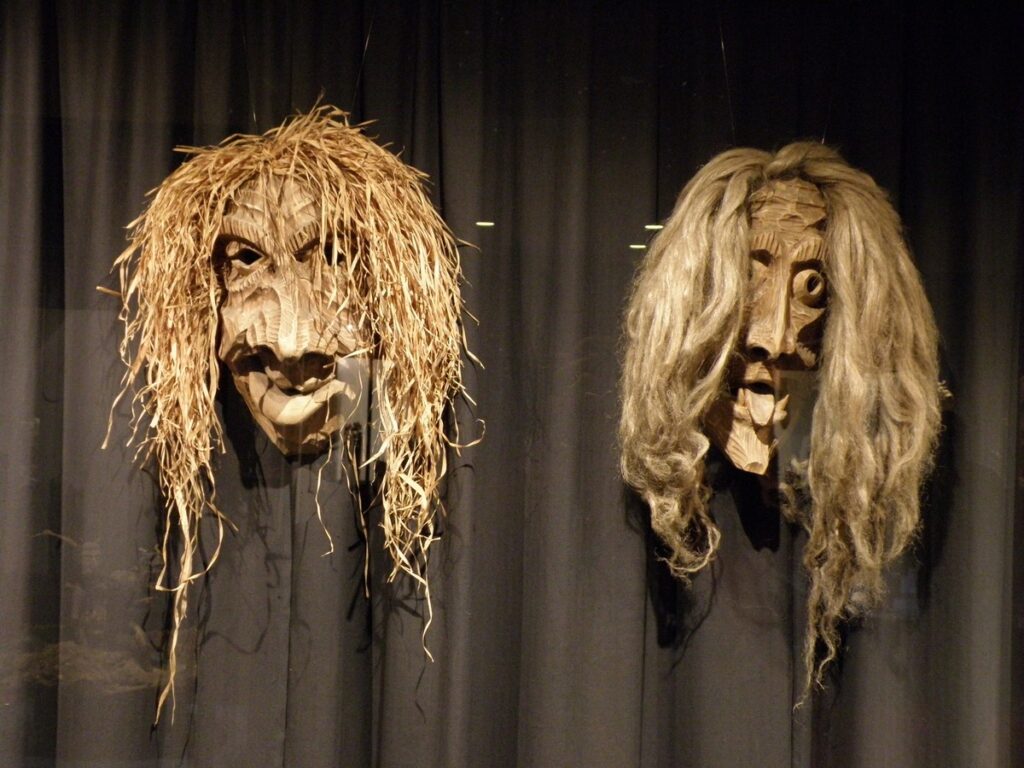 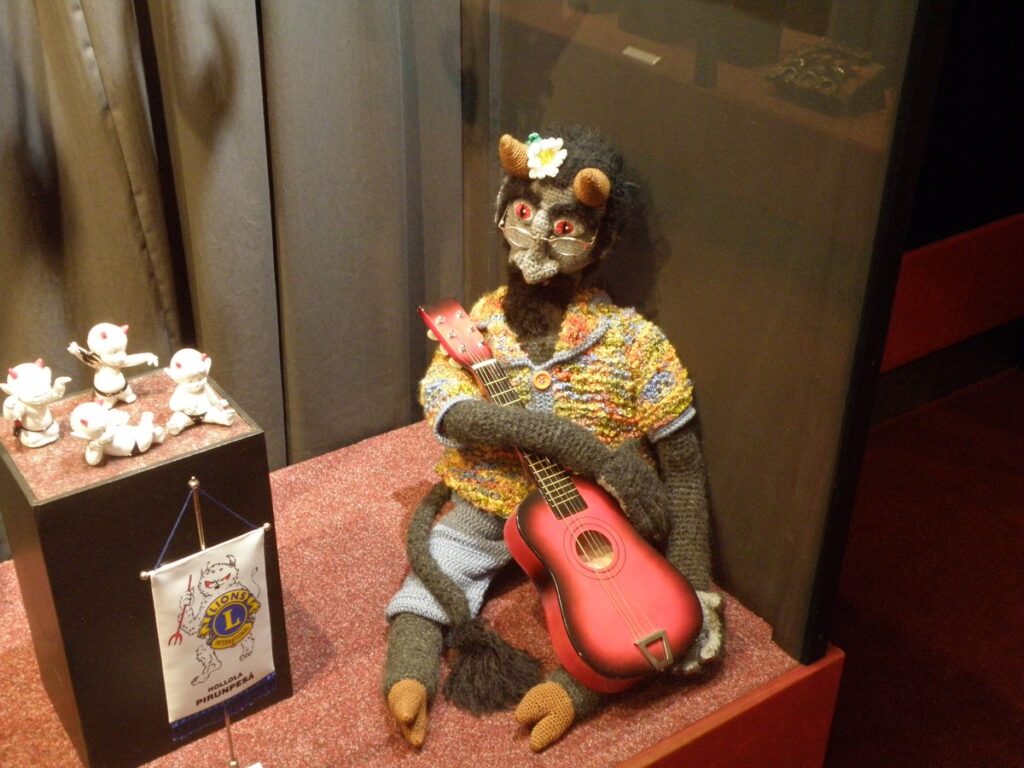 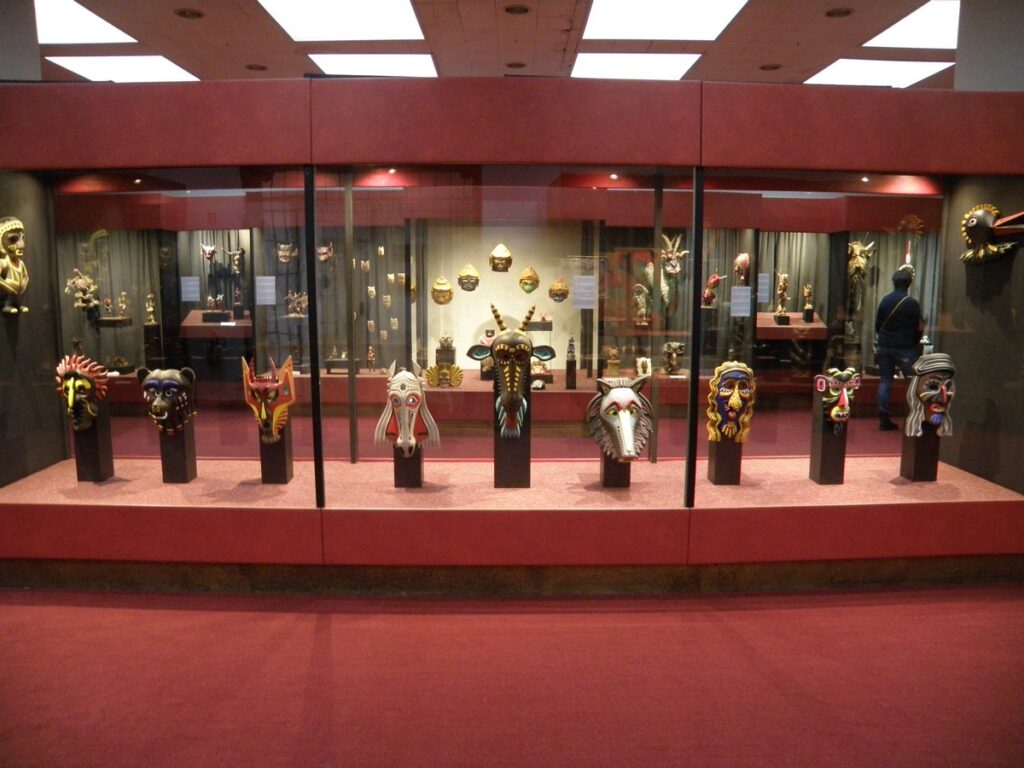 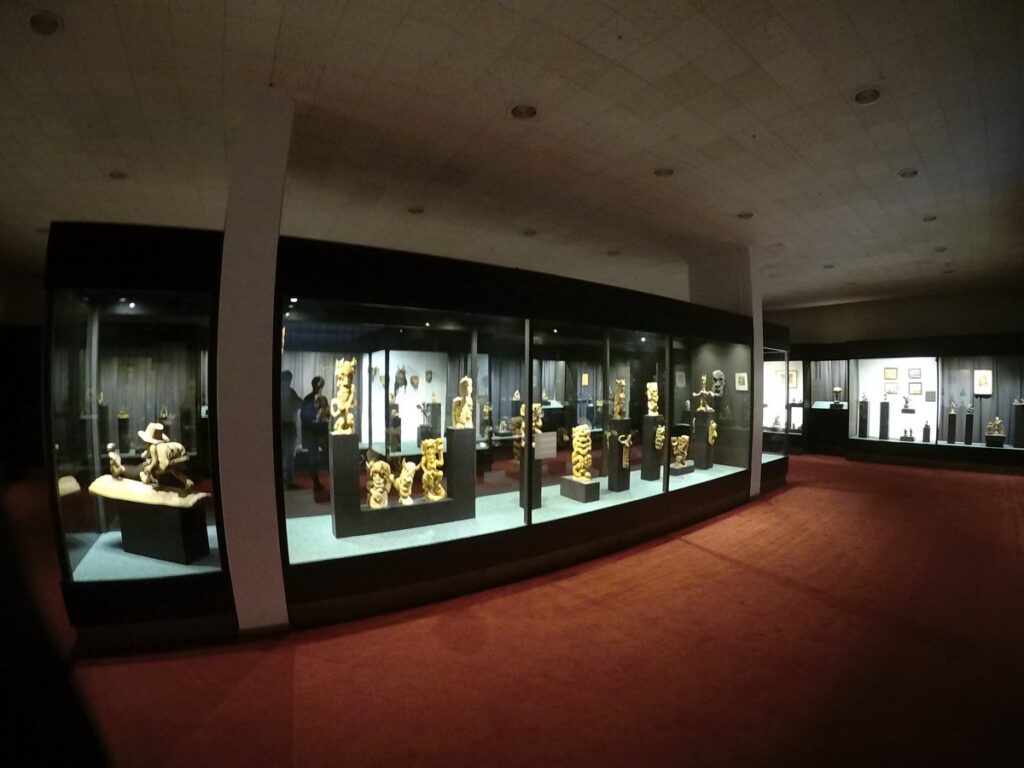