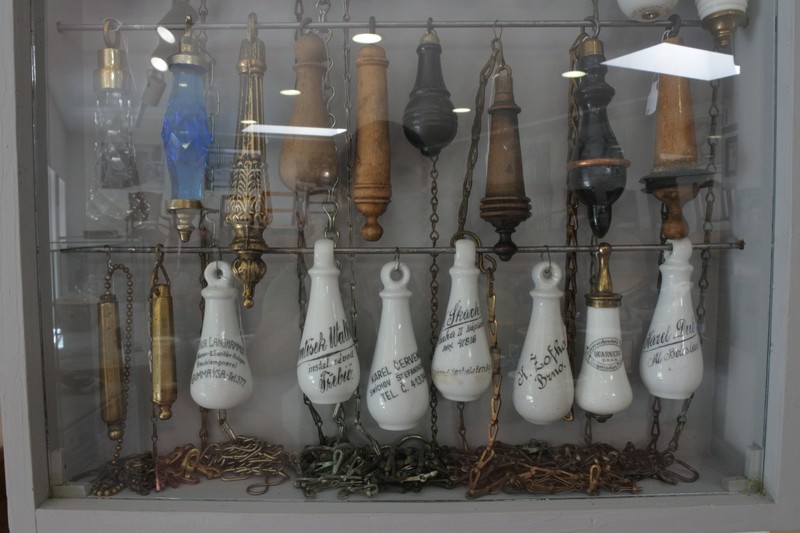 Museum of potties and toilets

Finding unusual places is something which I love. In Prague, everyone has seen the Market Square, Charles Bridge or Hradcany Castle. As we also have many times we “count” this, we went on a search. That’s how we got to the Museum of potties and toilets.

Going into details, this is exactly the Museum of Potties and Toilets, but let’s start from the beginning. Being in Prague during our summer trip we came to the conclusion that we will not spend too much time in the Old Town. Yes, we will visit it for sure, but we will focus on other attractions. The Potties Museum is not located in the centre. You can get to it by taking the metro to the station Karlovo Namesti, and then walk about 10-15 minutes. You must go to the direction of Visegrad street.

Before sightseeing, we decided to go out for dinner and, not to look far, we went to the other side of the street, where we saw a restaurant under Three Fighters. We sat outside and decided to try the Czech cuisine and Kofola, but the place will be described in the separate text. Now I will write only that it is enough to move away from the center by 2 kilometers and prices in restaurants immediately become nicer.

After lunch, it was time for sightseeing. The museum is located on two levels. At the zero level, an exhibition of old toilets, including mobile ones, is presented. On the walls, you will find curiosities from the “toilet industry”, but also cisterns, toilet papers or archival photos. At level -1, there is the kingdom of potties. Among them, there are also ducks and other forms of devices for one (or two;)). There are a lot of potties and they come from different periods of time and sides of the world. A separate exhibition is devoted to toilet evolution over the centuries. The biggest surprise was the decorative skins of ermines with golden paws and ornaments from expensive stones, which served to … wipe off. We can assume that they were reusable because in the end who would throw away a piece of fur with expensive precious metals and gems.

Among the chamber pots, you will find both home and those coming, for example, from public transport. These, for example, from trains enriched with information that the contents of the potty do not sometimes be thrown out of the window …

The museum of potties and toilets is not large, but it is certainly something special. At the reception, you can buy souvenirs. There are traditional magnets and pictures, but you will also find ceramic potties and their miniatures and toilet accessories for travel. Portable “potty” will find there gentlemen, and for ladies, there is, for example, a “pike” to piss standing up 🙂 It is a pity that there were no disposable pots for children. An additional attraction could be an interesting toilet for visitors – in the end, in such a place, one asks for a stylish toilet bowl. Unfortunately, they were “standard”;)