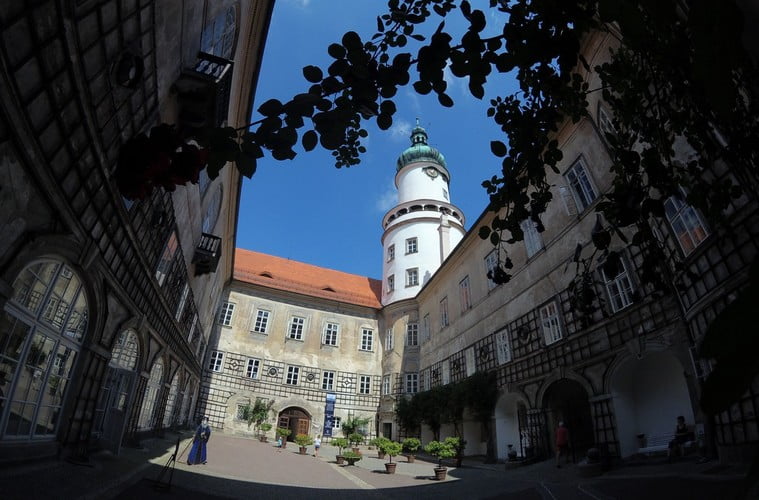 Czech towns have their charm. I like to visit them and discover. Nove Mesto nad Metuji is not a big city, but it is impressive. Market Square, Castle or “Zadomi”  are the places where you have to go during your visit.

The city is located in the Czech Republic in the Hradec Kralove region and as the name implies above Metuja River. Currently, about 10,000 people live in it. Distance from the Polish Border is about 15 kilometres, and 10 km from Nachod. An interesting place, located near the city is Lake Rozkos, which is called the “Czech Sea”.

Jan Černčický of Kácov founded the Nove Mesto nad Metuji in 1501. The city was built on a rock, which is clearly seen when walking around it. 25 years after its founding, the city was destroyed by fire and sold to Vojtech of Pernštejn. After him, the city had many owners.

The historic city centre is a city reserve. It consists of the Square (Husovo náměstí), the church of the Holy Trinity, arcaded houses and a castle. Market revitalization was completed in 2011. During the works on the market, a 16th century well was discovered, which is impressive in size.

The Holy Trinity Church is located next to the Market Square. It was created in 1519. The baroque interior is very interesting. The church began performing its religious function in 1523. Like most cities, the church was affected by the fire. Burned down, but the structure survived and the deficiencies were quickly filled. In 1805 the roof of the church collapsed but was also quickly repaired. In the church, you can see the instrument from 1656 and an interesting Maria painting with the image of the city from 1726.

The market in Nove Mesto nad Metuji is a classic Czech market. It is 143 meters long and 68 wide. It is worth paying attention to the symbols preserved on some of the houses (golden star – house 1222 or golden lamb – house 1223). Originally there were many more, but they have not survived to our times. The houses at the market had a downstairs hall, a “black” kitchen upstairs, an upper hall and living rooms, and an attic.

In Nove Mesto nad Metuji it is also worth paying attention to Na Zadomi street – it runs over the escarpment and there is a beautiful view of the surrounding area from there. Walking along this street that we can see the rocks on which the city and the castle were built.

The castle in the Nove Mesto nad Metuji was originally erected as a late Gothic stronghold with the creation of the city. It was August 10, 1501. Over the years, it changed owners, and in 1908 it was bought by Josef Bartoň. He paid 2,350,000 Austrian crowns (for comparison, a Czech car then cost about 3,600 crowns and a kilo loaf of bread 0.27 crowns).

After the purchase, reconstruction of the castle began, which was taken care of by Dušan Jurkovič, and later Pavel Janák. The castle has become a modern residence, which can be seen very clearly when visiting. They tried to incorporate something new into the historical surroundings. Central heating, a telephone and elevators appeared in the castle.

Josef Bartoň from the weaver was promoted to the owner of the textile factory in Nachod, the mayor of the city of Nachod. Emperor Franz Josef I gave him the hereditary title of “a bachelor” with the noble name “from Dobenin”.

Palace interiors make a huge impression! Decorations and details open our eyes wider and wider. They are decorated in the Baroque and Renaissance style, and equipped and decorated in the style of Art Nouveau, Cubism, art deco and functionalism.

When it comes to visiting the castle, we have several suggestions to choose from. We can admire the castle interiors or choose the route “From the attic to the basement” (the ticket for these routes costs 130 crowns). We also have the option of going to the tower (30 crowns) or visiting the garden, which is free.

An interesting fact is that in the castle you can rent a room and spend the night there. The rooms are spacious and stylish.

The first of extras, located in the castle garden, is the bridge designed by Dušan Jurkovič. It was created during the reconstruction of the castle in 1908-1913. It was designed in the style of Wallachian folk architecture and connects the upper and lower gardens. The bridge is narrow, but you can easily pass it. It is impressive both from the outside and the inside.

In the garden, you can also find dwarf sculptures that are allegories of human characters. Their author is the well-known Czech Baroque sculptor Matthias Bernhard Braun. Originally, they were intended for Hospital Kuks, which you can read about here. Look for them near the bridge described above.

During our visit to the castle, there was an exhibition where we could admire Velorex. It is a Czechoslovak vehicle produced in 1945-1973. It had three wheels, and its construction consisted of steel pipes and canvas (later artificial leather). His production was nationalized and transferred to a factory in nearby Hradec Kralove.

Nove Mesto nad Metuji is a place that is ideal for a short trip from Poland. The proximity of the border and mountains makes it should become even more popular among Polish tourists. The revitalized old town and the beautiful castle is a sufficient incentive to visit! 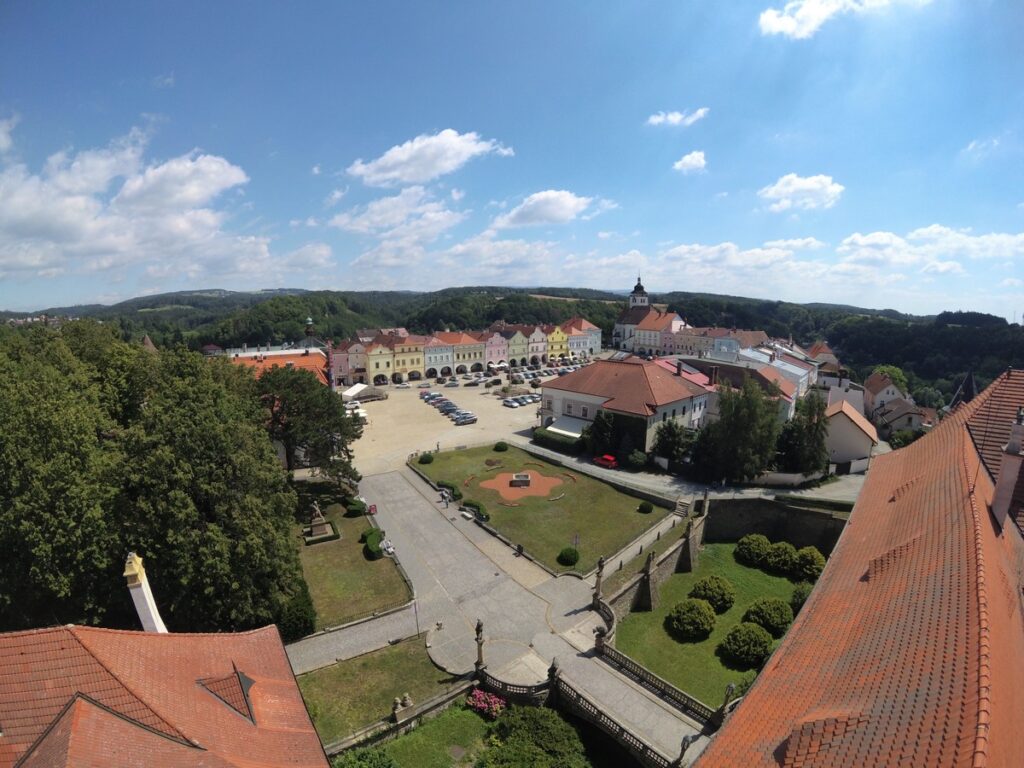 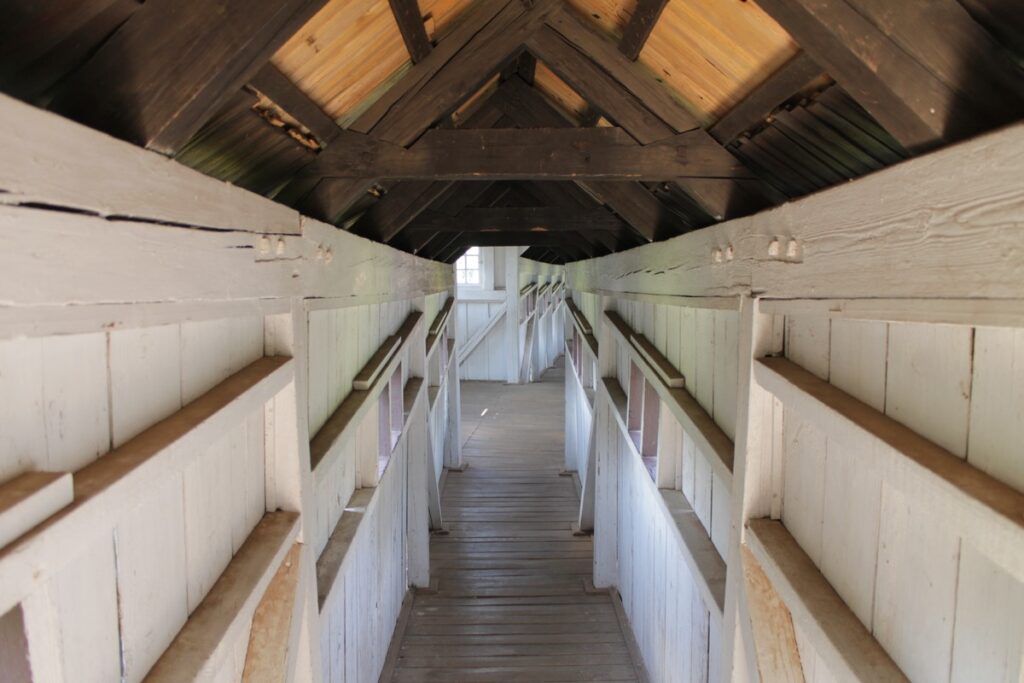 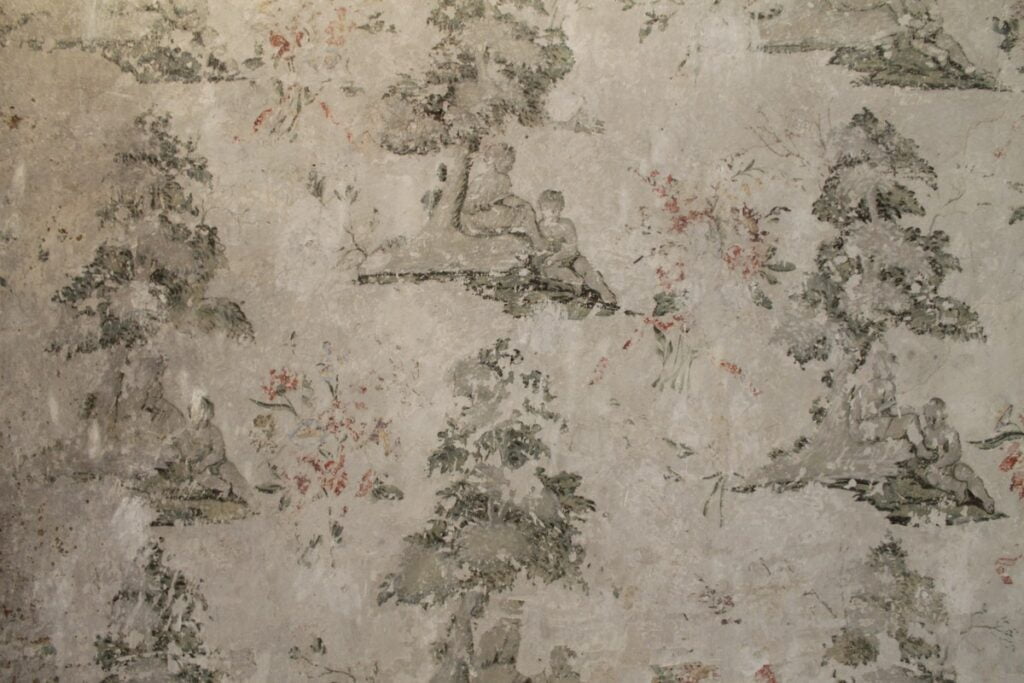 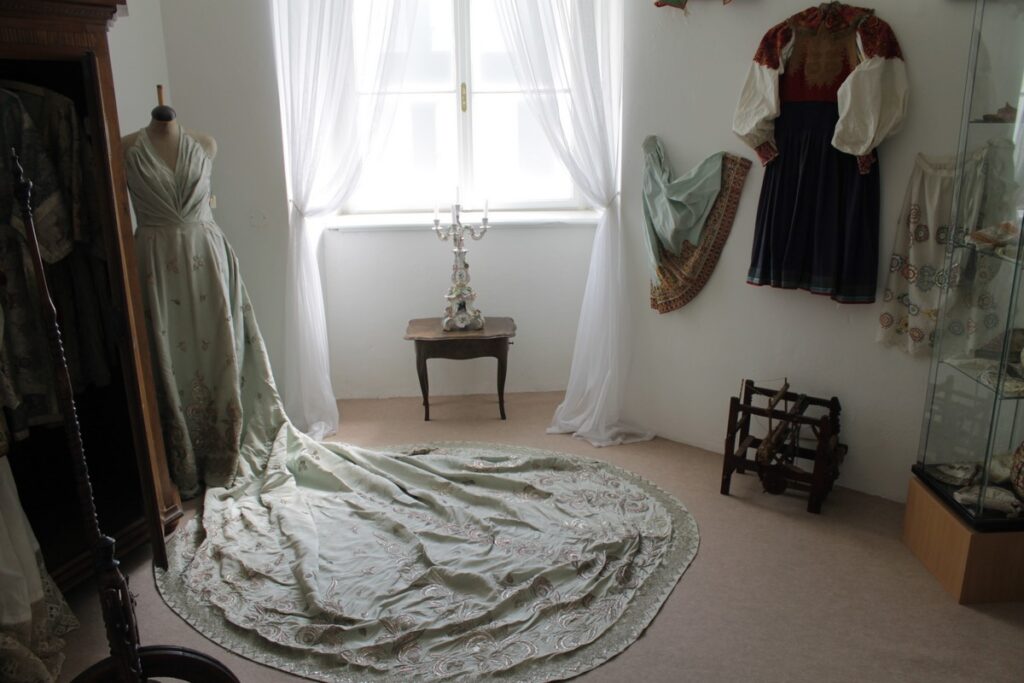 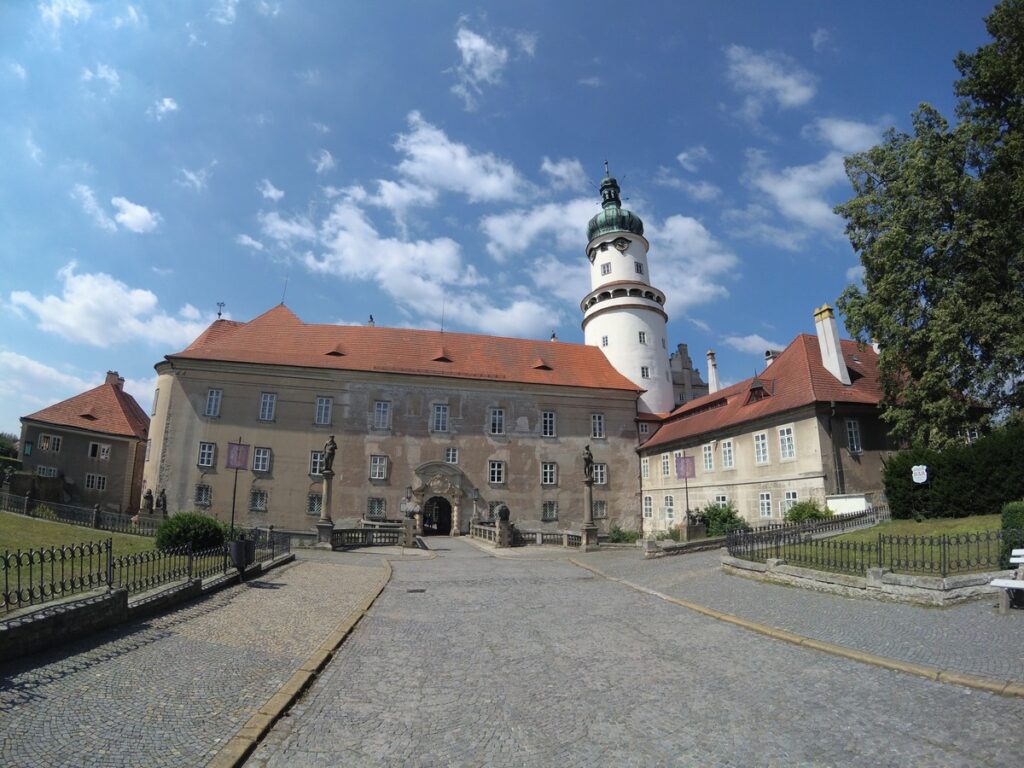 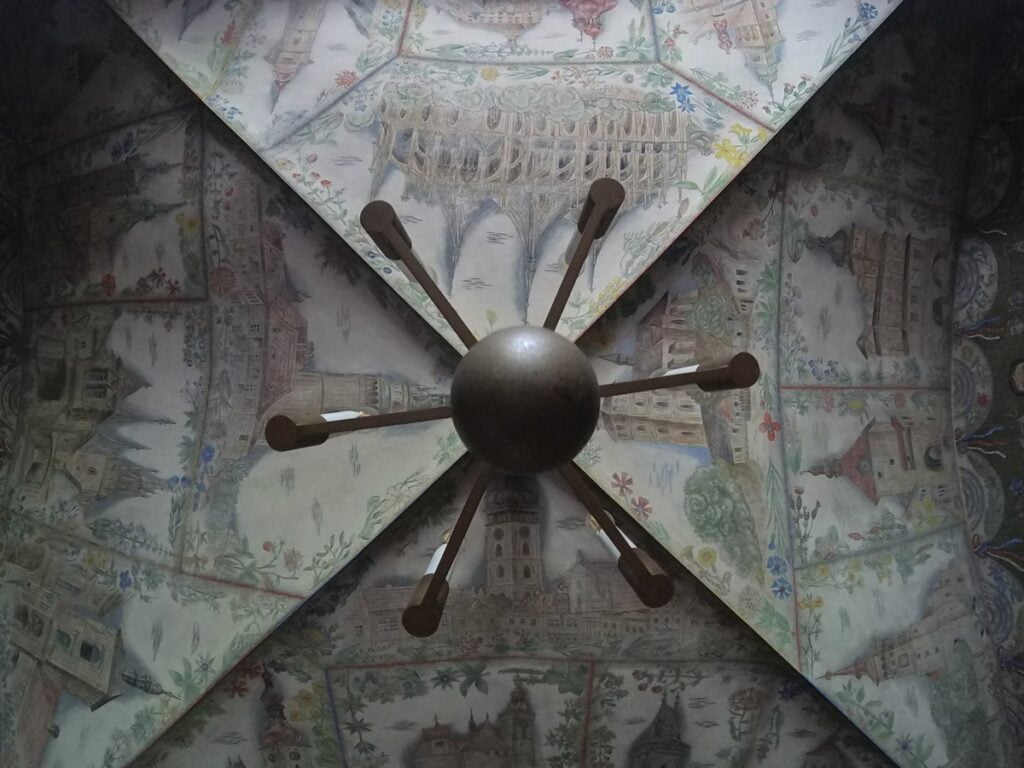