Beer is the national drink of the Czechs. They rank as the leader of consumption worldwide. However, it does not include the use of beer for purposes other than drinking. An increasingly popular thing in the Czech Republic (but not only) is the different use of this golden beverage. I introduce You the beer SPA in Harrachov.

In addition to beer, which can be bought on the spot in bottles or in a restaurant for knuckle or dumplings, this place also offers beer SPA. It was the fourth such facility in the world and the second one in the Czech Republic.

Beer SPA is a place where we can take a bath in beer. To make it more pleasant we drink local beer during the treatment. How does the whole process look like and what is the use of such a bath for?

The room for bathing reminds retro sanatoriums. Before entering, we undress and wrap something that resembles a sheet. Dressed like Romans, we go to the rooms with bathtubs. In Harrachov, there are several rooms, in which there are two bathtubs and one room with a double bath.

Water is poured into the bathtubs and thrown hops (in this case in the form of pellets). After a while, beer is poured into the bathtub from a separate tap. Half light and half dark beer. The bath lasts 30 minutes, and after it another 30 minutes we relax under the cover in the next room. Both during bathing and during relaxation we are drinking local beer from the glass (dark or light choice).

The whole “treatment” costs 700 Czech crowns and lasts about one and a half hours.

You can drink beer from the tub – better not. The bath solution only has 10% of beer, which is enough to achieve health goals.

After the bath, we do not take a shower – that’s right. We should allow the unions included in the beer to work with our skin.

The water in the tub is carbonated – the water is not carbonated. The beer content is 10% and it is a special mix of unpasteurized beer from the local brewery.

After the bath we are slightly drunk – the beer is served in a glass, but these are not the quantities that will make us unable to get out of the tub.

Why bathe in beer? 🙂 In addition to an interesting experience and moments of relaxation, these baths have a lot of healing properties. During the “treatment” the epidermis is regenerated and harmful substances are excreted from the body. Apparently, they also have rejuvenating properties. It is also worth trying for relaxation.

Beer SPA in Harrachov it’s a really nice place. If you’ve never tried it, I think it’s worth it! 🙂 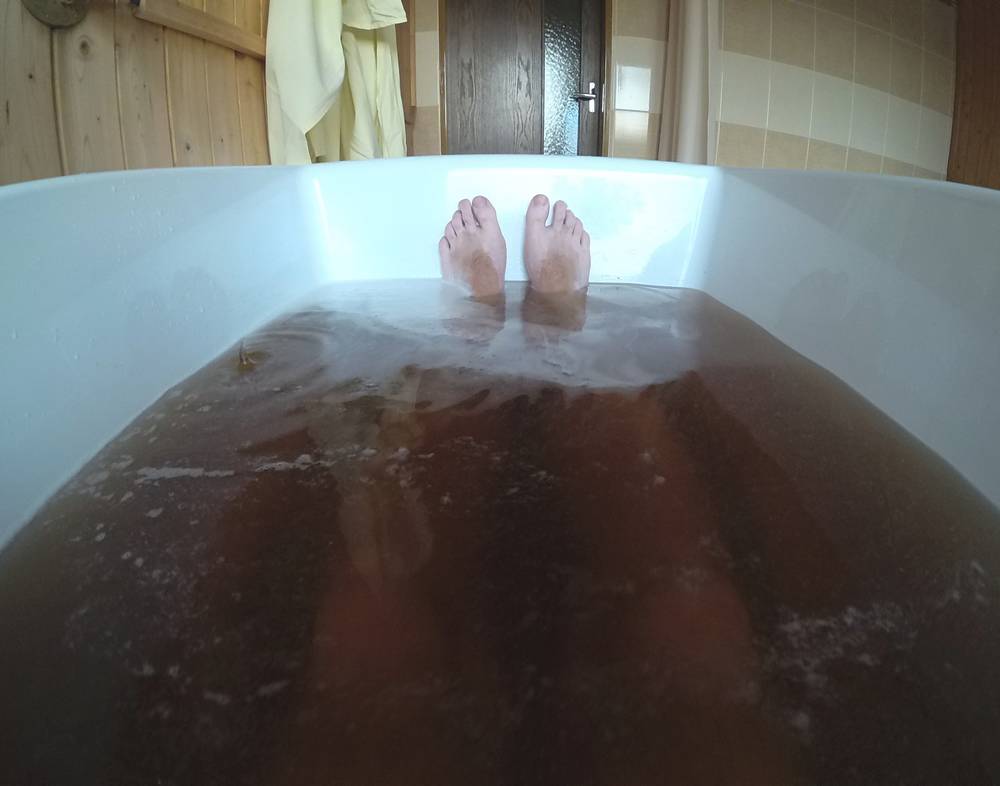 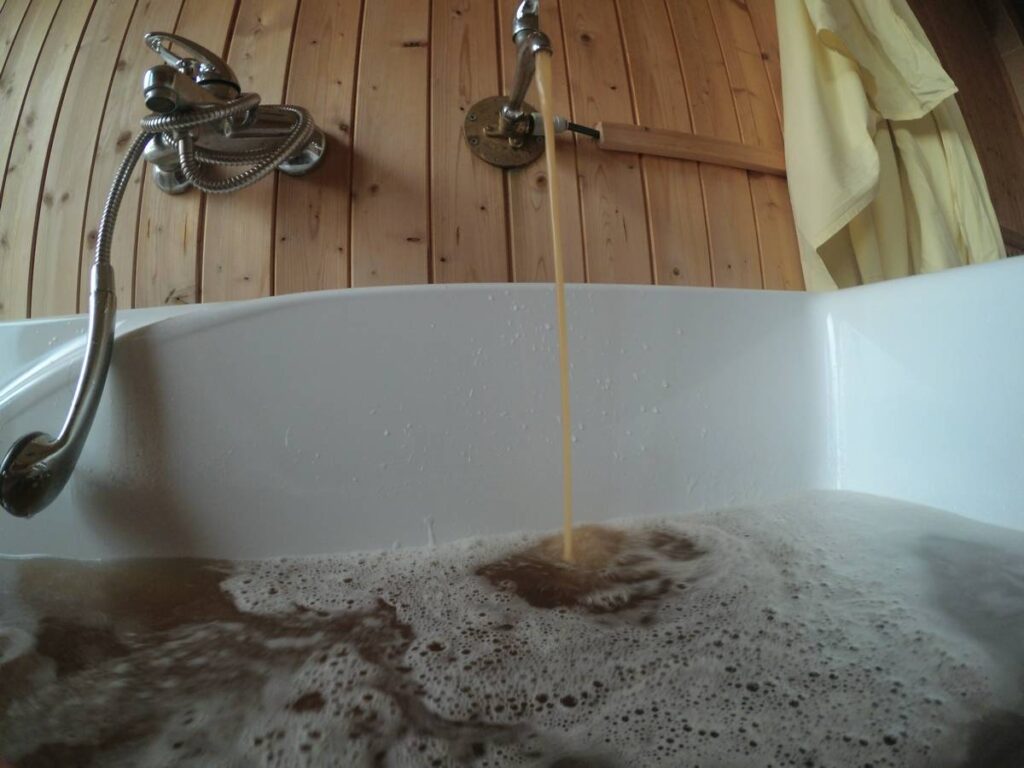