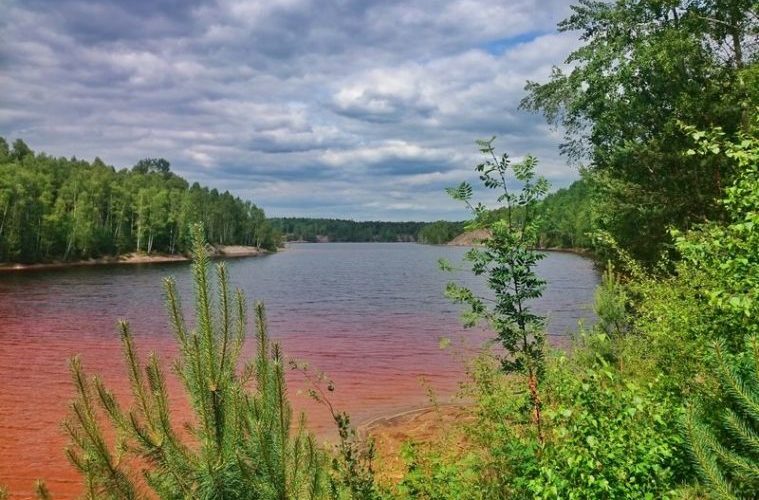 There are regions in Poland that are not on the top lists of places to visit. Despite the fact that they are different in terms of tourism from the popular ones, they often amaze by this difference. My latest discovery is the Muskau Bend. Located on the Polish-German border, this place captivates with its architecture and geology.

It is located in the Lubuskie Voivodeship. The Muskau Bend is a postglacial formation that extends across the territory of Poland and Germany regardless of administrative boundaries. I will not go into the genesis of its creation, but in general, it came from the ice that slipped into this area and folded it properly.

The history of the region is connected with brown coal (which is often exposed to the surface), clay (brick factories) and sand (glassworks). Traces of this activity are still visible today. The Muskau Bend also includes lakes, and there are several hundred of them in this area. Some of them are postglacial formations, and some are related to human mining activities (earthquakes and flooding of anthropogenic valleys).

On the German side of the Bend, several sites are worth visiting. One of them is the narrow-gauge railway track network, which transported raw materials and spoil to the steel mills. It is possible to ride a cable car and its tracks are really narrow. The route crosses valleys and forests. The old brick factories and the remains of glassworks are worth visiting. There is a bike trail on the route where you can observe interesting valleys (formed where brown coal deposits are exposed).

On the Polish side, it is worth visiting the Babina Mine. In the nearby Łęknica, you can rent a bike and ride around the former mine. There are several lakes there. An interesting fact is that due to a large number of different chemical (natural) elements, lakes have different colours (blue, green, white, red, orange). The water in the lakes has an acidic pH ranging from 2-3 pH. On the shores of one of them, you can see interesting erosive forms and springs. The water that comes out of the ground is highly mineralized with iron, which creates interesting dripstone forms. Within the complex, there is also one lake with tree trunks (due to the collapse of the earth) and an observation tower from which you can see the panorama of the area.

Among the less geological attractions, right on the border, there is the Muskauer Park with a palace entered on the UNESCO World Heritage List. The area is also known for the complete mammoth skeleton (which was named Zuzia – Suzi) found there.

Although this region is little known and located far from the center of the country, when planning a trip to the Sudetes or further to Germany, I recommend visiting it and getting to know it, at least to a small extent.