Olomouc for the weekend

My first meeting with the city of Olomouc took place while planning one of the car trips around Europe. I was considering visiting this place because of the CheeseMuseum nearby. After a few unsuccessful attempts, I finally managed to visit Olomouc for the weekend and I am very pleasantly surprised!

Olomouc is the capital of Olomouc Region, and Kielce is about 350 kilometres away. The road will take about 4 hours (unless you choose the option without vignette and use local roads than about 4g 40m). Thanks to its location, Olomouc is a great place to visit not only as a destination but also on the way to Prague, Vienna or further. It has about 100,000 inhabitants (fifth place in the Czech Republic), but the old town can compete with larger cities.

In the previous year (2017), a thousand years have passed since the first mention about Olomouc. Over the centuries, it was the city of bishops and archbishops. There was the Jesuit Academy, which was transformed into an university. The city witnessed many historical events important for the history of this part of Europe.  King Wenceslaus III was murdered there, the city was captured by the Swedes (later transformed into a fortress) and it Franciszek Józef I was proclaimed as emperor of Austria in Bishop’s Palace. Wolfgang Amadeus Mozart composed in Olomouc at the age of 11 Symphony No. 6 in F-dur. It is worth mentioning that the city’s rich history is evidenced by the fact that it is the second largest urban urban complex in the Czech Republic after Prague.

There are two markets in Olomouc – Lower and Upper. On the Upper, there is the Holy Trinity Column inscribed on the UNESCO World Heritage List and City Hall. We have heard many times that Olomouc is a city of fountains and columns. Walking around the old city you will meet them a lot. On the Upper Market you will also find a fairly new fountain with turtles. They often appear on gadgets related to the city. On Markets, as you often find, there are restaurants and cafes, as well as often organized cultural events.

The cathedral is located a bit from the Market, but it is worth visiting. This is the church dedicated to Saint. Wenceslas and comes from the 12th century. The Diocesan Museum is located next to it. Inside, we can see the census of all Olomouc bishops from the beginning of the city.

The church itself is interesting and located very close to the Upper Market Square. Our goal was the observation tower, which is located next to the church. The admission ticket is a voluntarry donation to the box. Interestingly, there are two parallel runs of stairs – we have no problems with passing people who have come already down. Entrance is not difficult, but admission to the tower is possible for children over 11 years of age. At the top there is an openable flap waiting for us, after which we can admire the views of the Upper Market Square, the Town Hall, Cathedral and many other interesting places in Olomouc.

The old town in Olomouc is unusual. In addition to the already mentioned two markets of quite large sizes, we can walk between beautiful tenement houses. The old city is surrounded by city walls, which are the most impressive when we look at them from the other side.

The entire old town is surrounded by the park. Entering from the old city, we can feel like in a different world. Silence, trees and a flowing river makes us relaxed. If we visit during spring or summer, it is also worth . rosarium, palm house, orangery with cactuses. They are just some of the objects that you can look into.

Although the ZOO is called Olomouc, it is already outside the city. Right next to it is the hill Svaty Kopecek, which is also an interesting place. There are over 250 species of animals in the ZOO. It is not large, and is located on the hillside. If it is warm, equip yourself with water, because after the tour you have to go back to the exit, which is located at the top. In addition to classic places for animals, you will also find special zones (bats, reptiles, amphibians, etc.). In the ZOO there is also a lookout tower, from which the viewer has a beautiful panorama of the area. ZOO is constantly being renovated, which is good because some of the catwalks need it. During our visit, we have the option of using the “train” for a ride between some animals. If you drive a car and navigation tell you to turn into a narrow and steep road, do not restart it – that’s how it looks! 🙂

This was one of the main reasons for our visit to Olomouc. After the weekend in this city I already know that there are many more! I have written a separate text about the Museum, which you will find here.

This is an element that we will leave for the next time. During the rides around the area we passed information about canyons and caves. Sometimes, turning off the main road, we got to magical places.

Olomouc for the weekend is very good proposition. A beautiful city, and not crowded. Perfect for walking tours. All this combined with an interesting area meant that we did not have enough time to visit all the places we had planned. So we have a reason to come back! 🙂 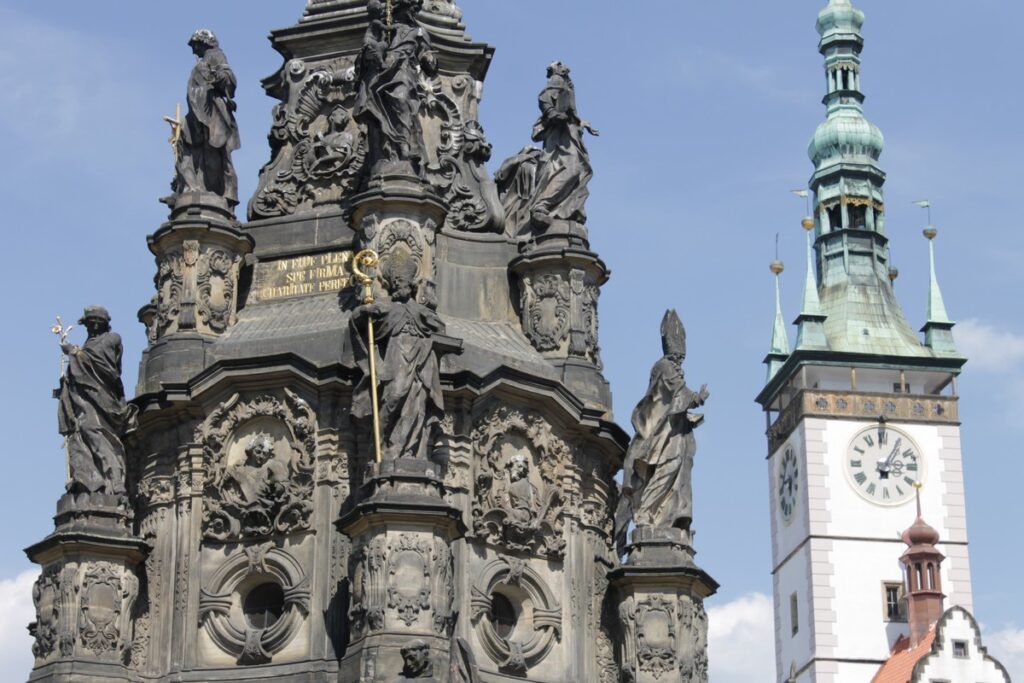 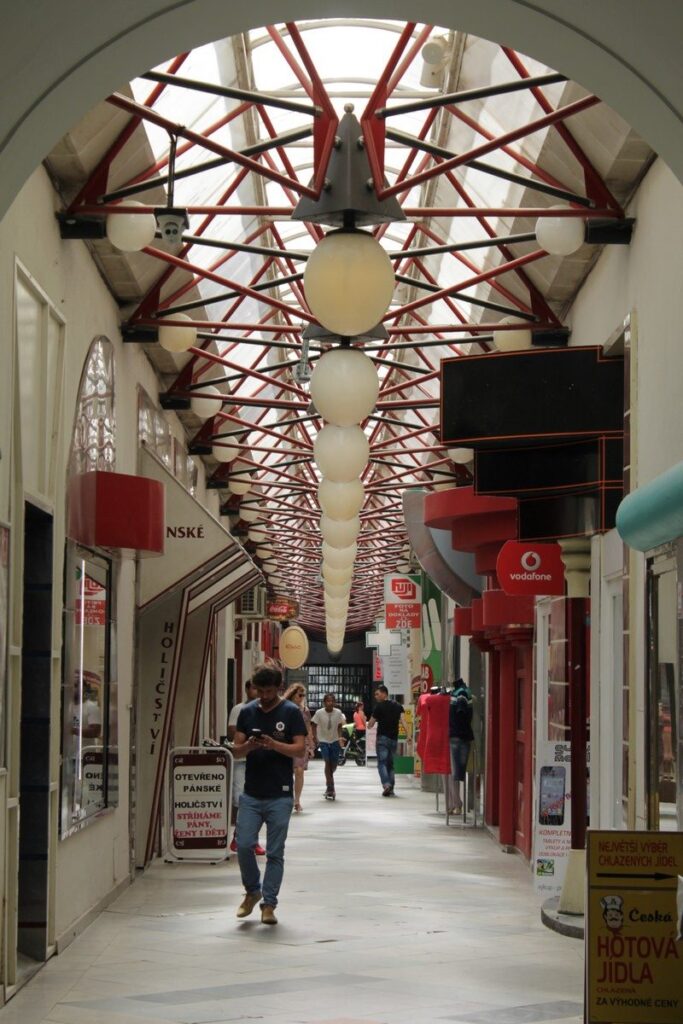 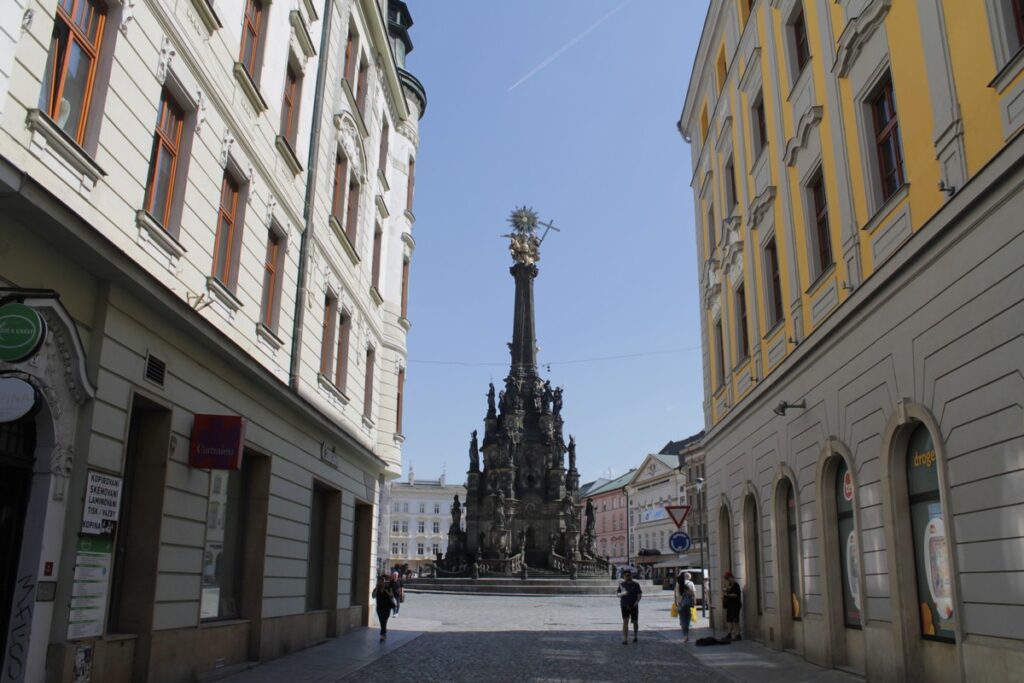 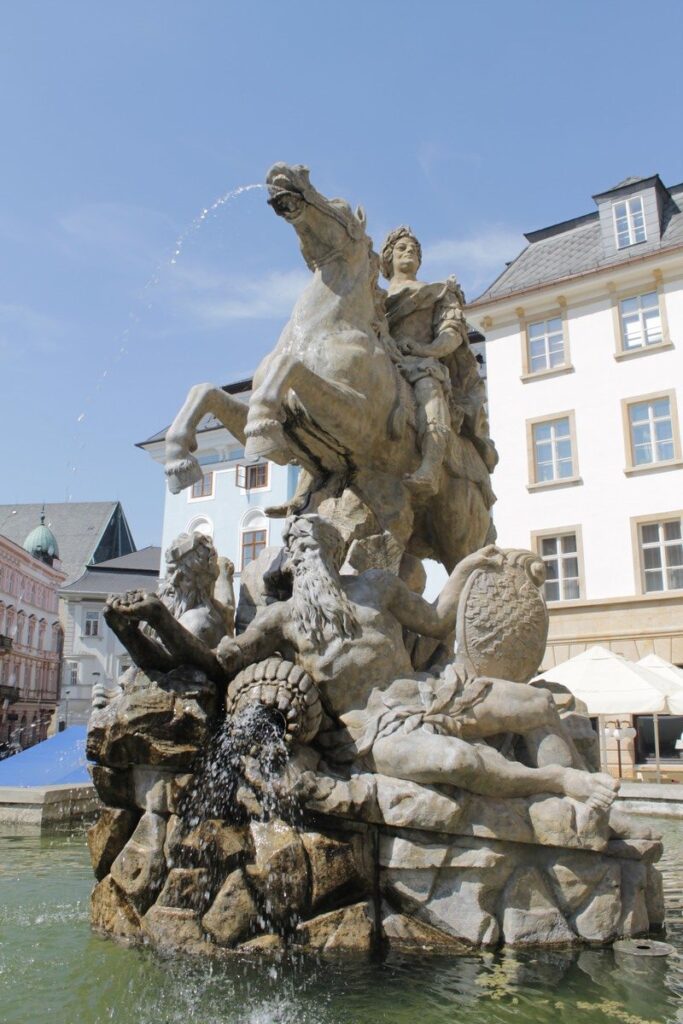 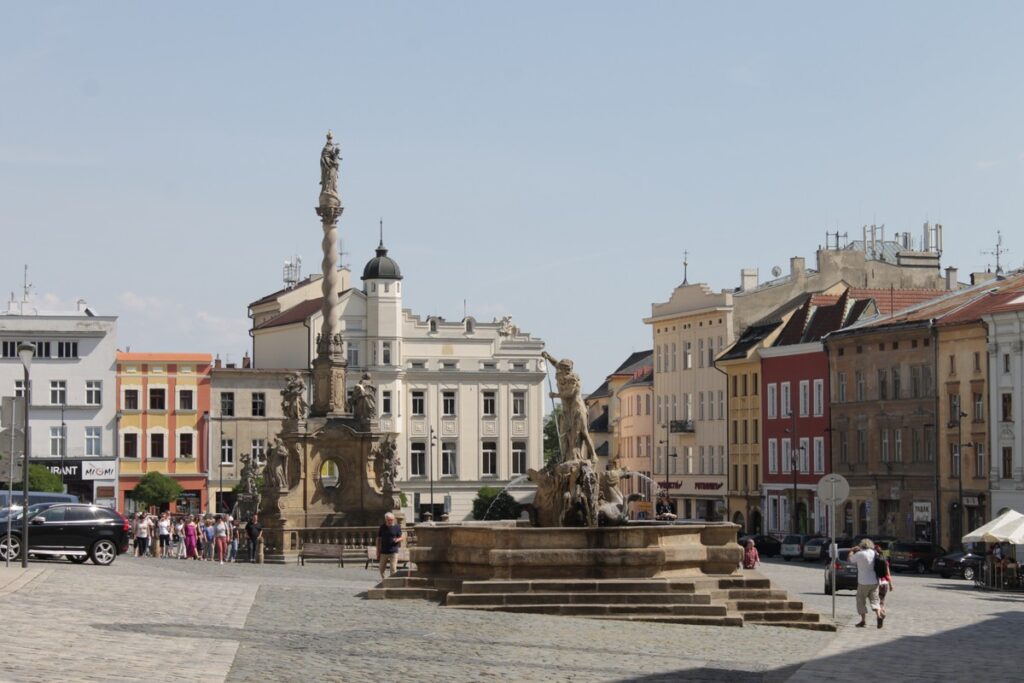 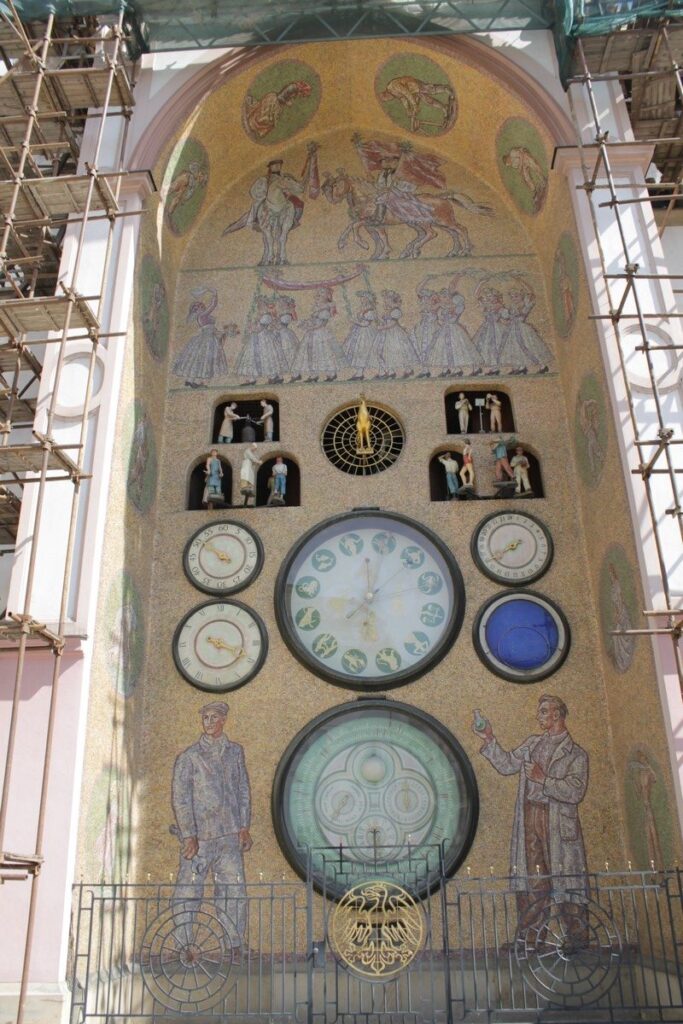 Astronomical Clock on the City Hall 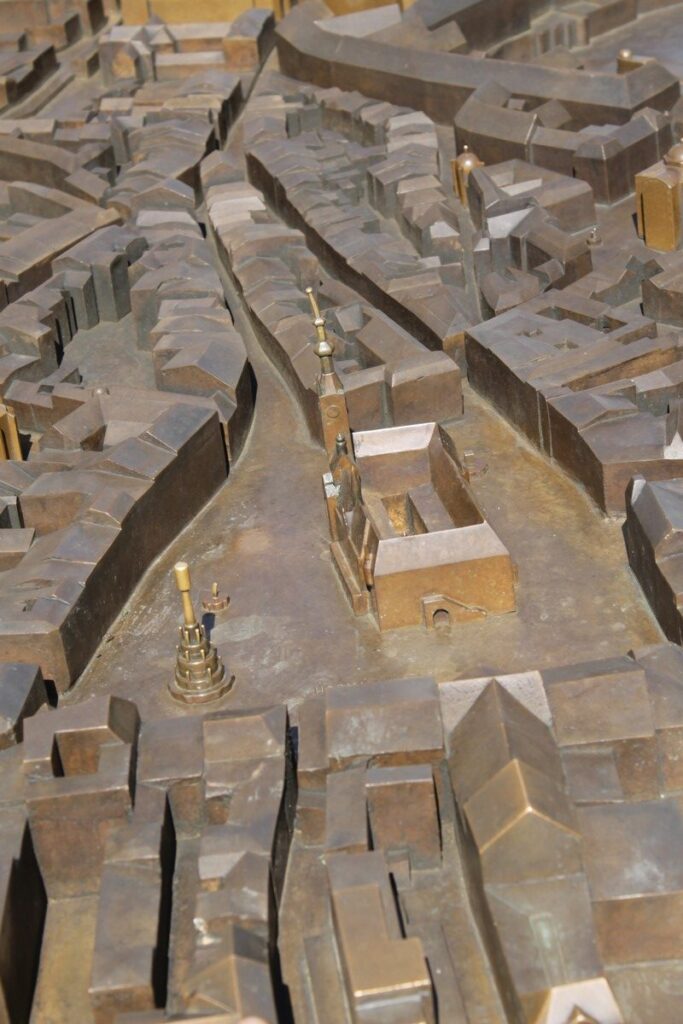 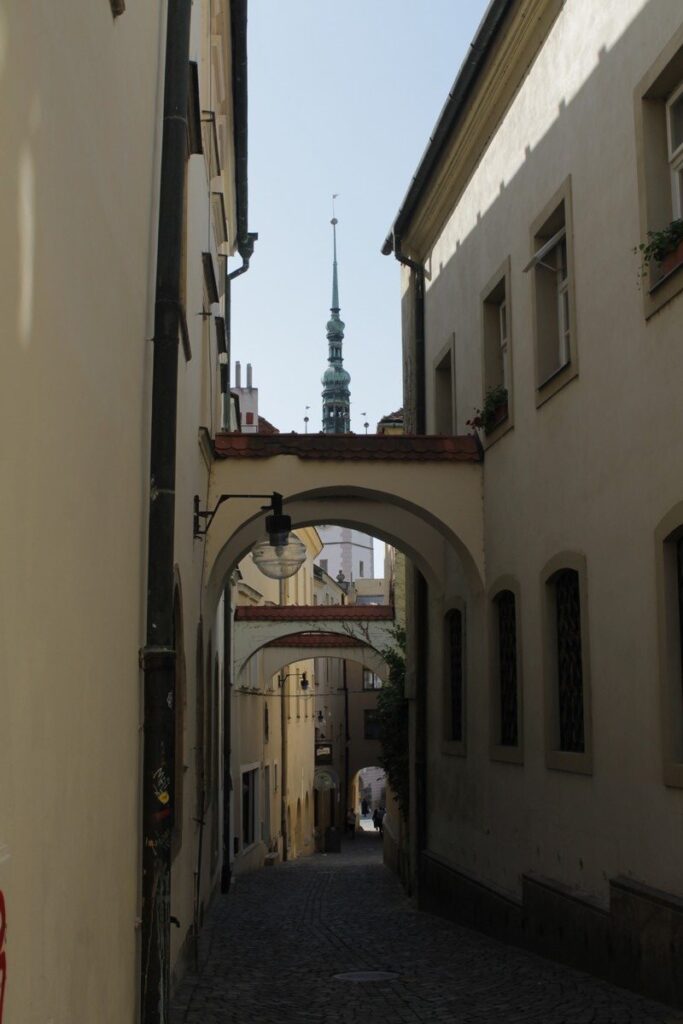 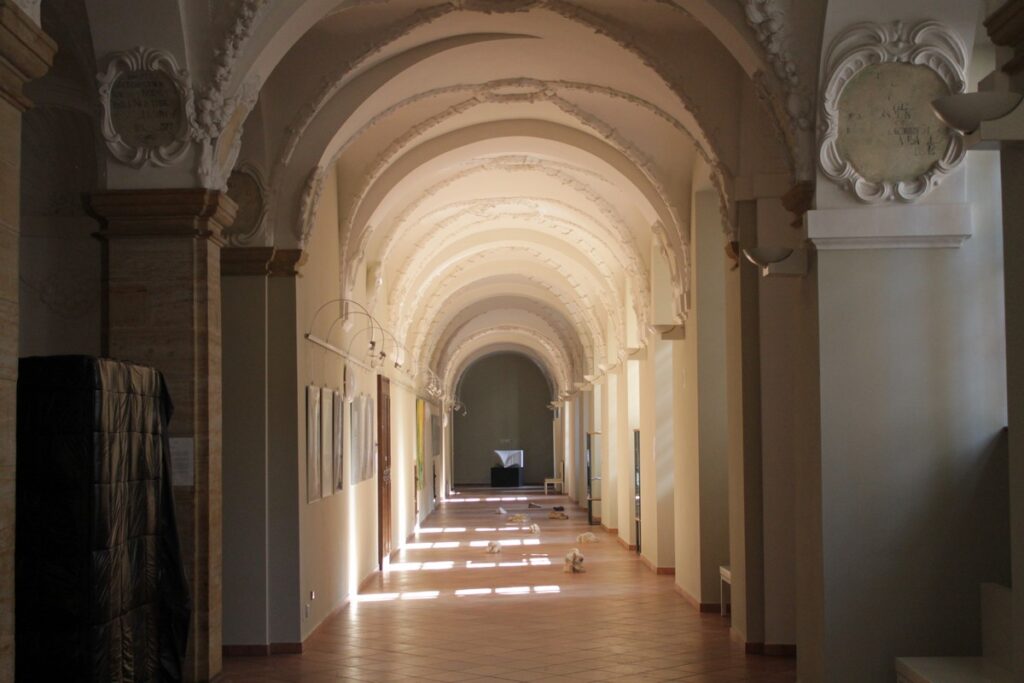 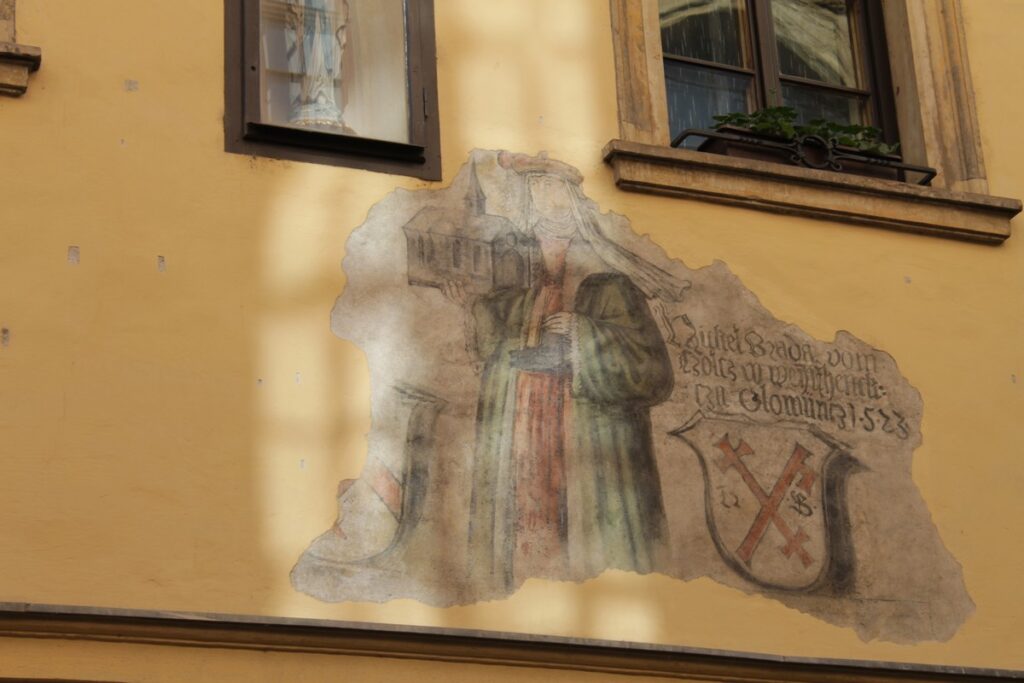 Paintings on the building 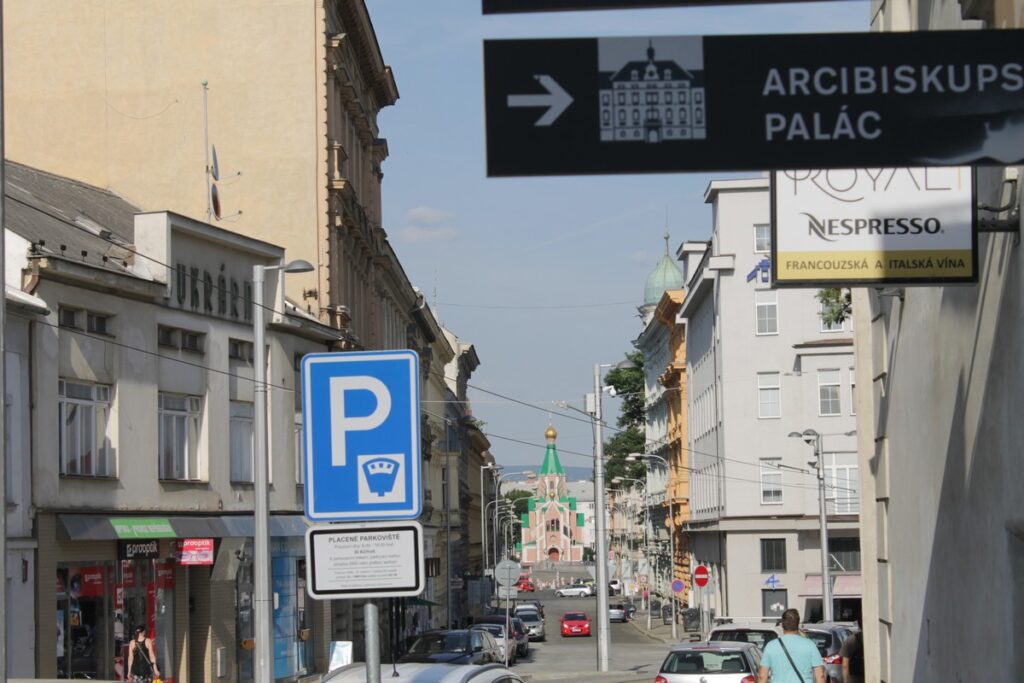 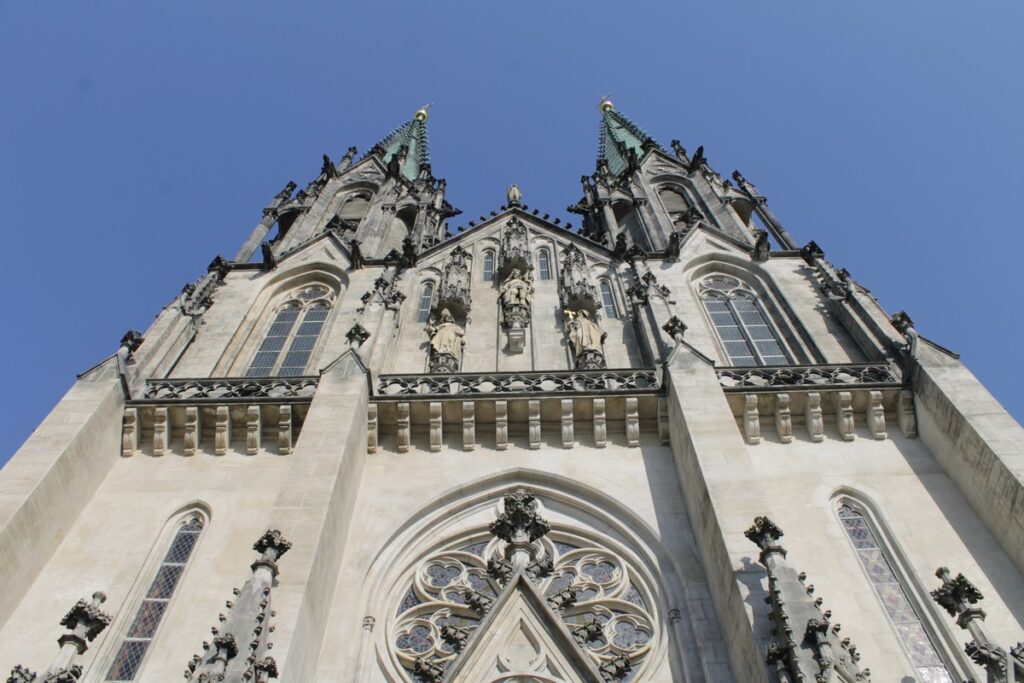 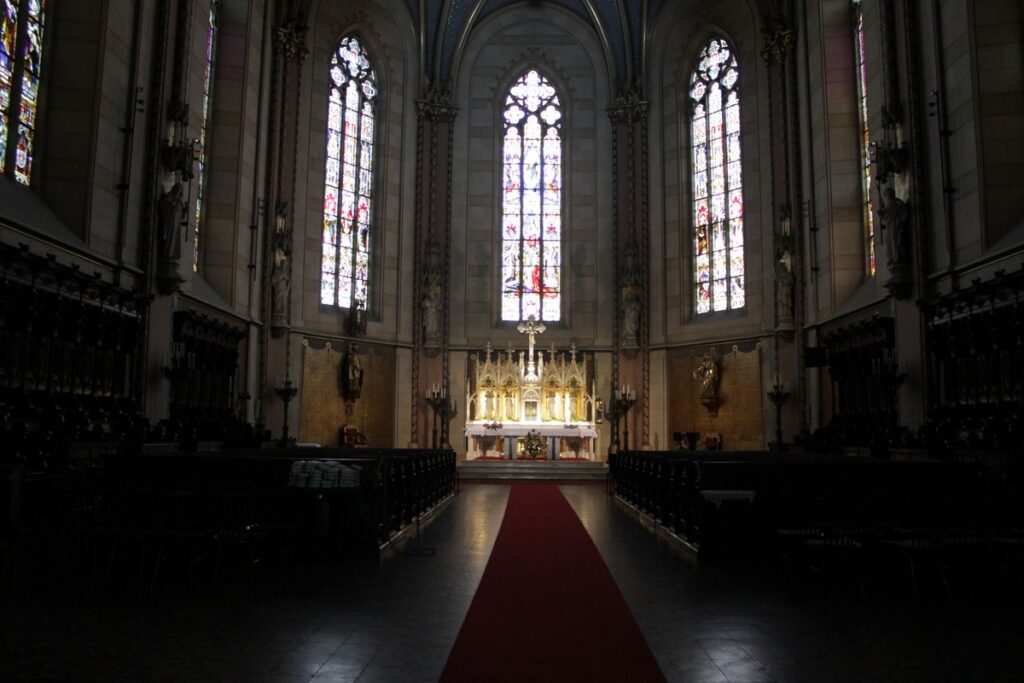 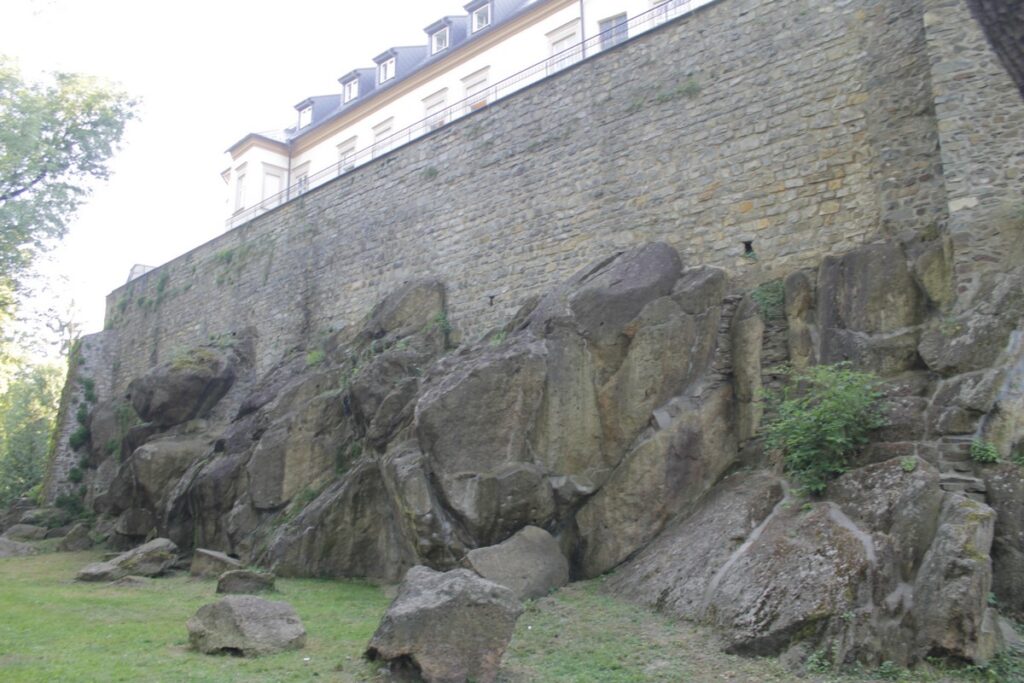 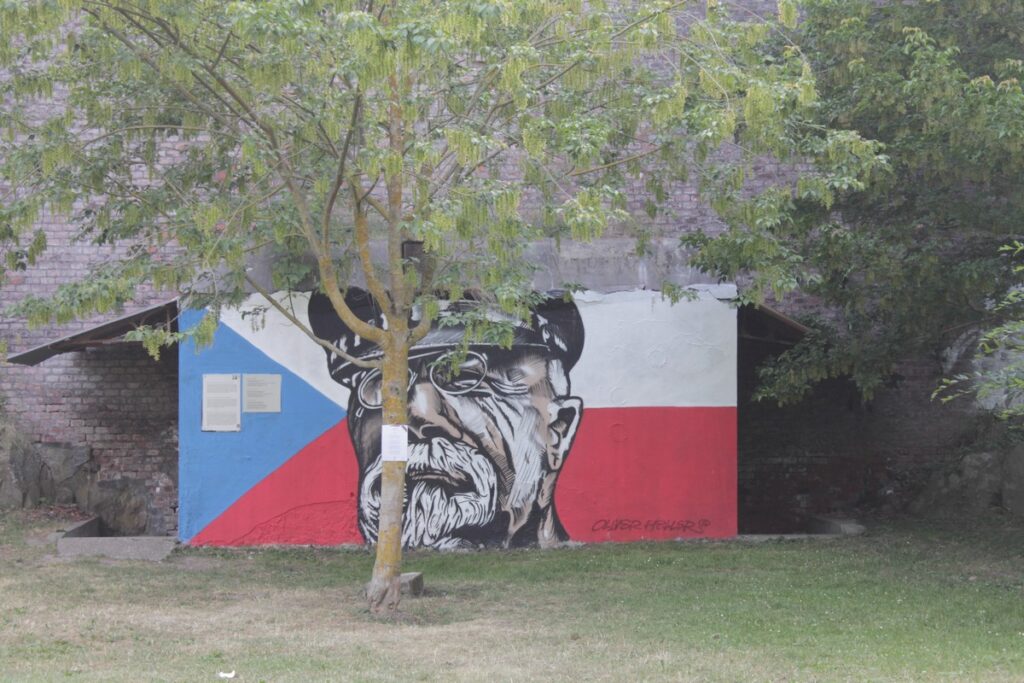 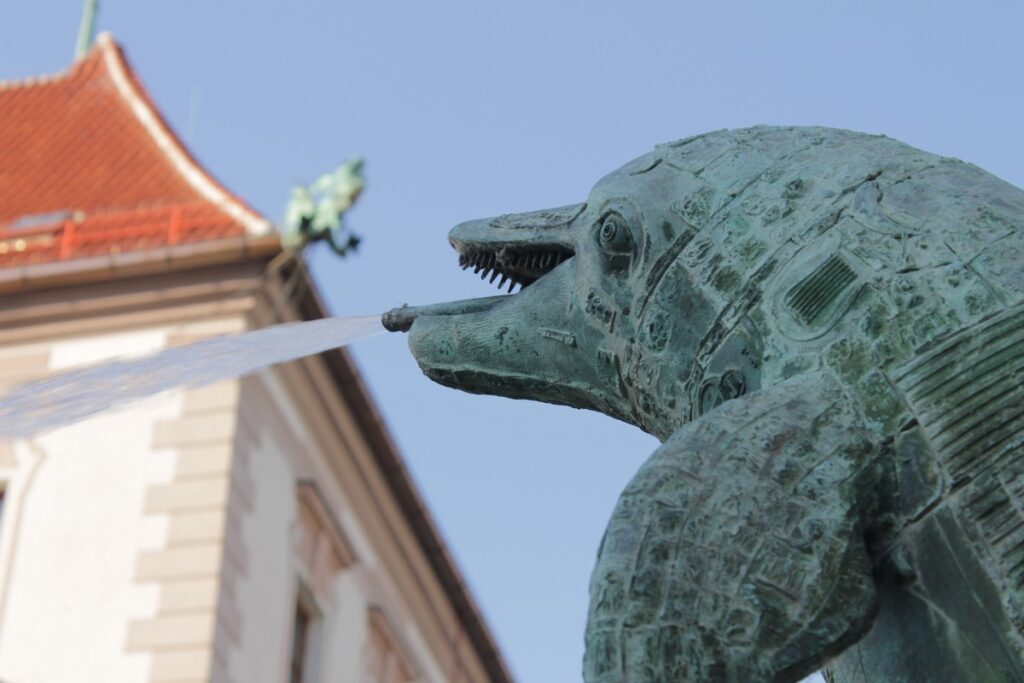 Fountain on the Upper Square 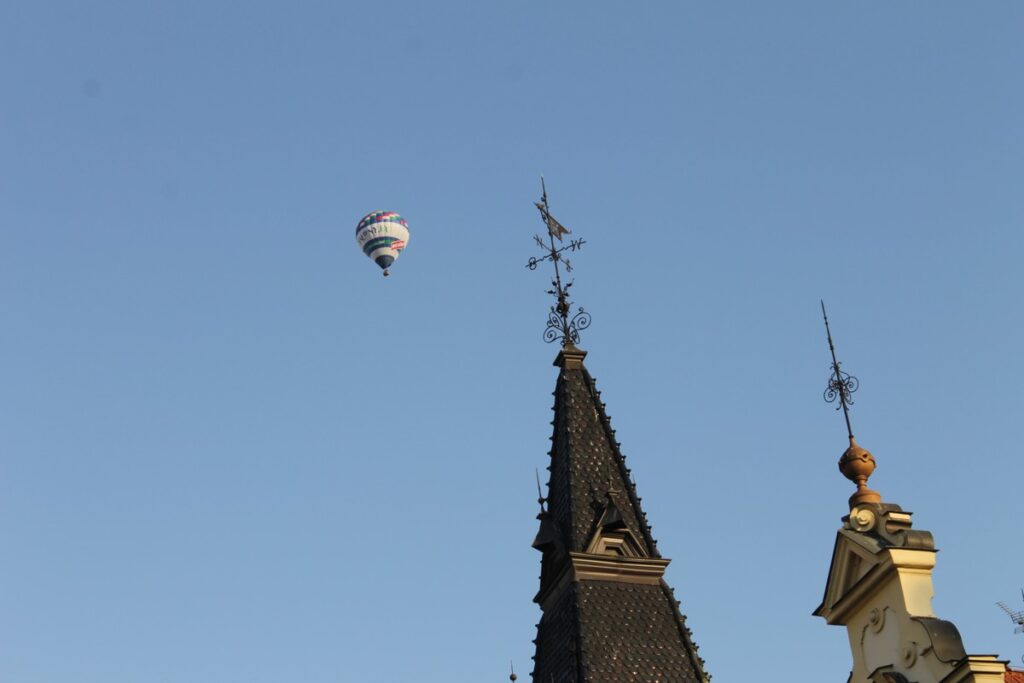 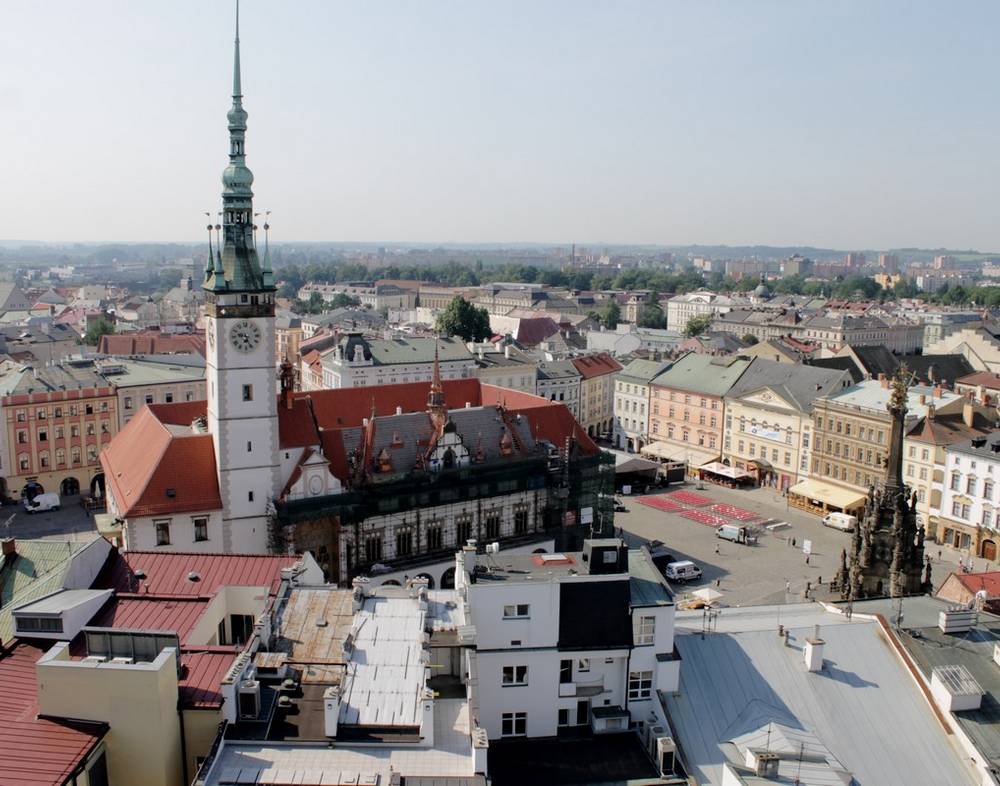 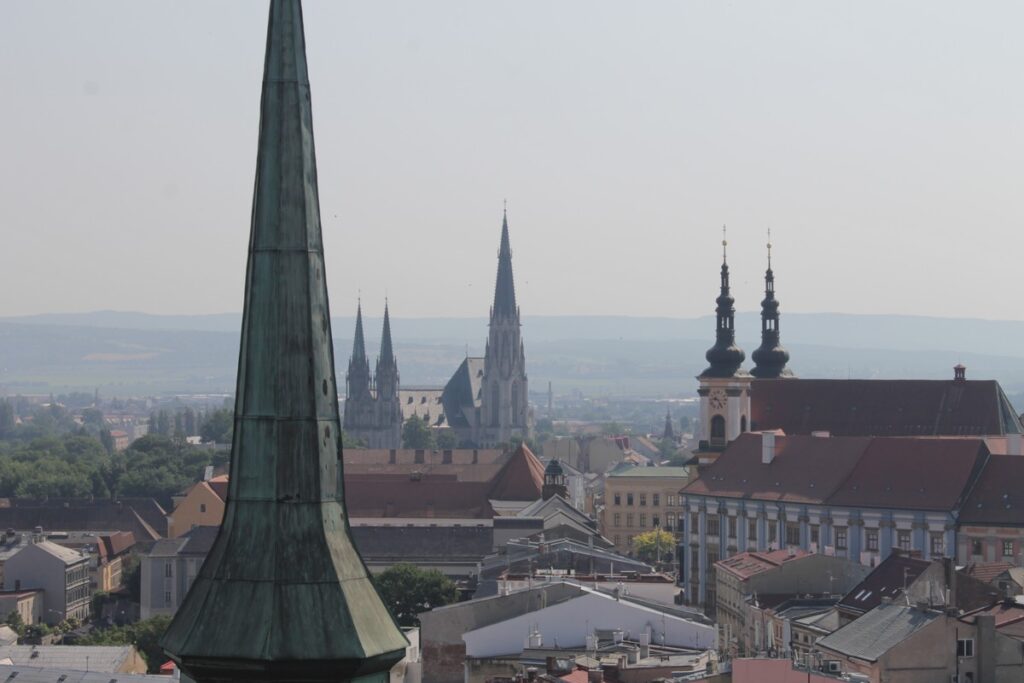 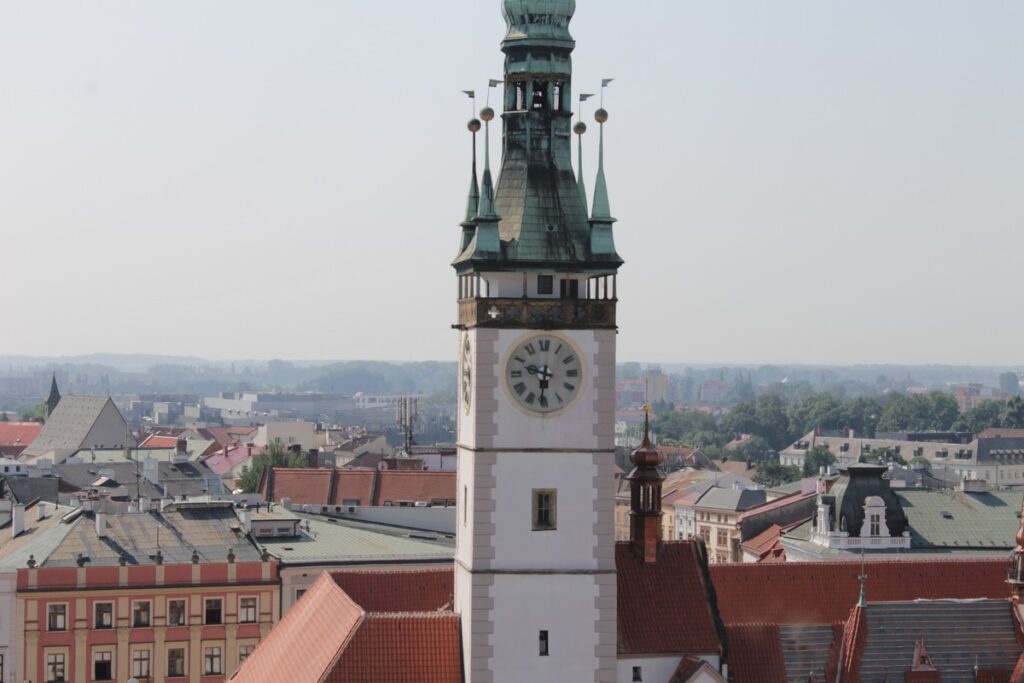