Sandefjord for the weekend

For many people, Norway is associated with the country not only that located far from Poland is still terribly expensive. We decided to find out for ourselves and we went to the Norwegian city of Sandefjord for the weekend, specifically for two days!

It was the third time I had my plane tickets to Norway, but for the first time, I used them. My first tickets were simply not used. The first time we wanted to change on a ferry from the plane, but we gave up when it turned out that at this time of year it is not working anymore. The second flight has simply been canceled. This time, however, we were determined to get to know Norway.

Three tickets to Oslo Torp from Warsaw Modlin airport cost us around 50 Euro. In addition, we arrived by car to the airport and park next to it (I recommend a coupon (Groupon) – we paid for a three-day parking lot with a transfer to the air carrier for 5 euro). When you buy a parking lot, read the rules carefully, because a lot of them add “airport fee” in the amount that often exceeds the cost of the parking itself. The flight lasted a little over an hour. Our whole trip began on Friday at 6.30 and ended with a landing on Saturday around 23. Until it’s still a car trip from Modlin, which in our case lasted about two and a half hours.

Airport Sandefjord, or rather Oslo Torp, is located a few kilometres from the city. There is a bus (free) from the airport to the train station. From there, you can go to Oslo or just to Sandefjord. The bus is connected to the arrivals and departures of the plane and train arrivals at the Torp station. Interestingly, there are also local carriers in front of the airport offering transport to Oslo (on the cards they have the inscriptions “Polish Bus”, “PKS” and others :)). A ticket for a train to Sandefjord costs about 40 NOK (around PLN 5 euro), and the trip takes about 4 minutes. We decided to take a walk from Torp station to the center of Sandefjord. It took about an hour and a half with the child, but we could watch the Norwegian province from the inside. For a part of the journey we have to walk along the side of the road, but the Norwegian drivers slow down by passing pedestrians and they pay very much attention to them. On the way back to the airport the next day we were not so lucky. The rain caused that we had to go by train. Poorer by 10 euro, but richer for a 4 minutes ride on a Norwegian train (there is even a coffee machine in it) we arrived at the airport.

We arrived in the centre of Sandefjord around 10.00. It was a Friday morning and there were not many people on the streets. We started with a visit to the store (Rema1000) to buy bread for breakfast. Then a walk around the port and photos with the Sandefjord sign. We sat on the bench watching the boats and ferries and decided to go to the Whaling Museum (you can read about it here). Sandefjord was a whaling city and you can meet traces of this past at every step. After visiting the museum, we did shopping and went to our place of accommodation. The flat, or rather the floor of the house, we rented on Airbnb. We made dinner and rested a moment. Another element of our plan was going to the seaside. From the window of the house, we saw a fjord, but we wanted to see rocks, not a port. After a short search, we also succeeded. Zuzia looked for shells, we sat looking at the water and floating ships. Evening walks around the centre and returns to sleep. The weather on the first day was not perfect. Heavy clouds and rain falling from time to time were not very nice.

On the second day (at least in the first part) the weather was perfect. We started the day with a walk around the forest behind the house. Huge boulders, cliffs and all overgrown with moss. We also found a few dozens of Cossack mushrooms – I guess they are not popular to collect here. After packing, we left the accommodation and went to the centre. In such beautiful weather, a visit to Prestasen Hill was the greatest pleasure. The rocks with beautiful views are a perfect place for a picnic. On the hill leads the path from the oldest district in Sandefjord – Bjergatta. I recommend visiting this part of the city because the architecture is impressive. The next place we visited was the Midtåsen park. If you use google maps, enter the name, not the address because you can land very close, but on the other side of the mountain. After the first, inaccurate shot, we arrived at the park. In the middle is the villa Midtas (belonging to the richest whaling shipowner in Sandefjord), a pavilion with sculptures and a viewpoint on the entire Sandefjord. Unfortunately, everything was closed, but still, it was worth visiting this place. Later, we had a trip to the centre, where we visited churches and went to the centre. Our further, walking plans have been changed by the rain. We came to the Shopping Mall, we made shopping and we went to Torp by train, from where the free bus took us to the airport. There is free Wi-Fi at the airport. There are also a lot of shops and bars, but the prices are Norwegian. Often at the airport, I spend the small money that I have left. Here it was not easy because the fridge magnet cost about 70 NOK (8 euro). The airport is fine, but if you are planning a visit to Sandefjord without accommodation, be prepared that the airport is closed for the night.

We are now reaching the point that many people have been waiting for – prices. Many myths have arisen around Norwegian prices and many of them are confirmed in reality. It is not a cheap country. If you are used to eating in the restaurants then most probably you will have to get used to it. Let the reason for this be a kebab in a “tortilla”, which costs about 130 NOK (20 euro) or a soup in a good restaurant, which costs about NOK 100 (12 euro). Is this the reason to starve in Norway? Definitely not. The best solution is to have accommodation with a kitchen, where we can prepare dishes bought in the market. There the prices are higher than in Poland, but not as badly as in restaurants. It is worth trying fiskekaker (minced fish chops), flatbrød (crumbs), lompe (potato pancakes), rakfisk (fermented fish – for the brave ones) and Brunost cheese (sweet-brown cheese). There are also Mc Donalds and Subway in Sandefjord if you want to eat something you know 🙂 When it comes to alcohol, it is expensive in Norway. We have supplied ourselves with a bottle of Aquavit, which is still waiting for the tasting.

Among the tips should be mentioned that Norwegians have invented a device that is used in homes around the world – a cheese knife. What tips can I give you? In Sandefjord and the surrounding area, it is worth walking, because every street has something interesting. The surrounding forests and hills hide many paths, trails and viewpoints. If you travel with a child, you will pay the car seat in the car rental agency for renting the car itself. I think that exploring the area by car can have even more charm. Public transport is well developed, but travelling in a few people definitely, the car will be a better economic option. In Sandefjord, you will find the “Second Hand” in the centre, where in addition to clothes (actually clothes are an addition) you will find a lot of home accessories, furniture, books and many other things in quite good prices, as well as in Norway.

After such a short trip I’m fascinated by Norway. The sea, beautiful forests, amazing architecture and open people make you want to go back there. I think that traveling by car to Norway is one of the elements that will appear on my list. 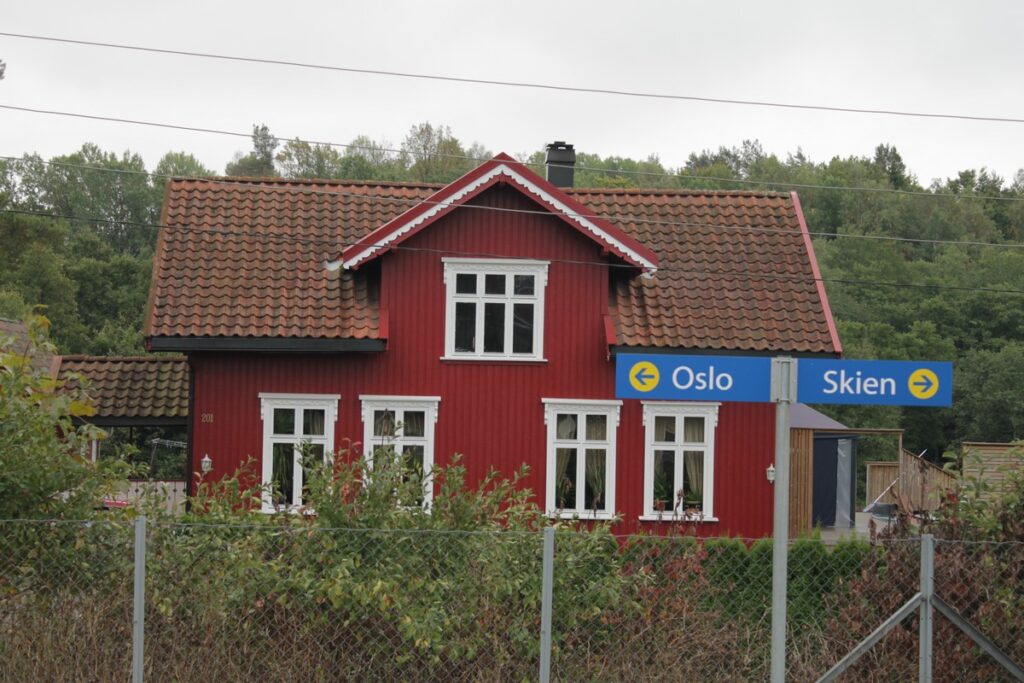 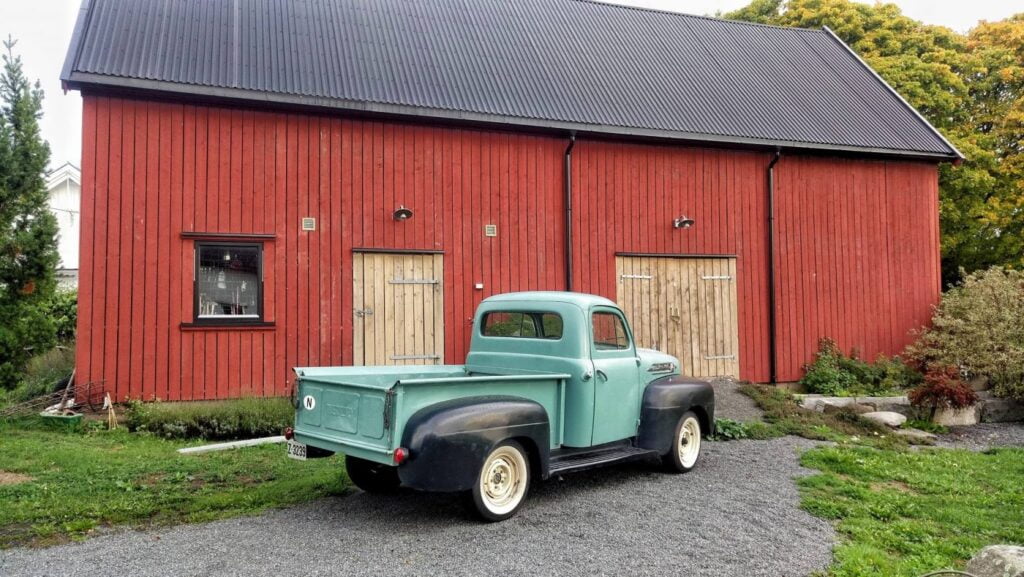 On the way to Sandefjord 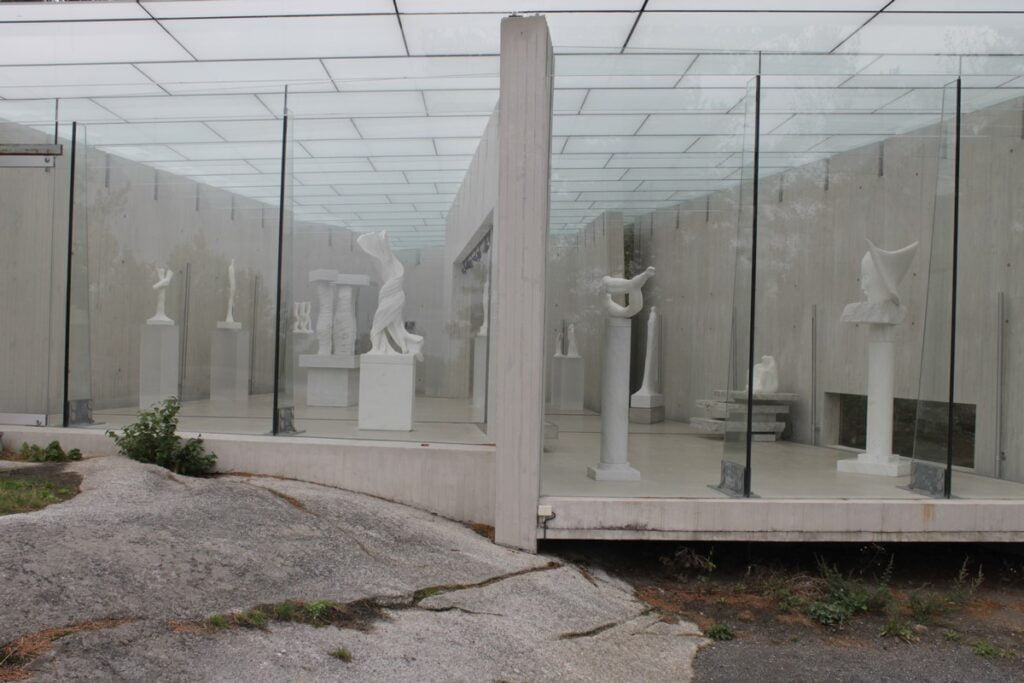 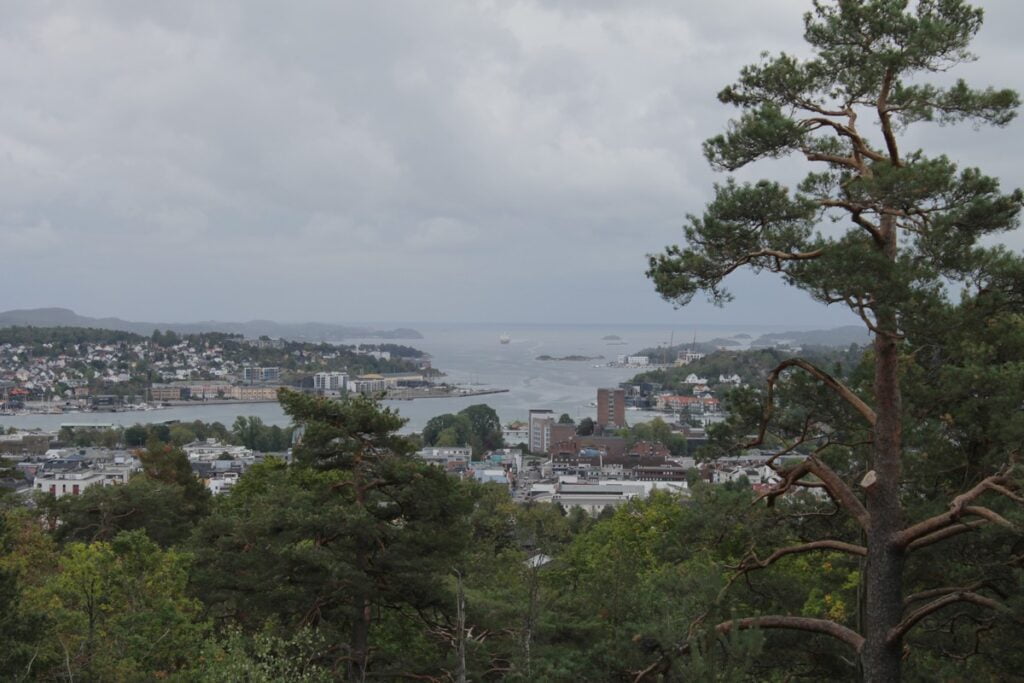 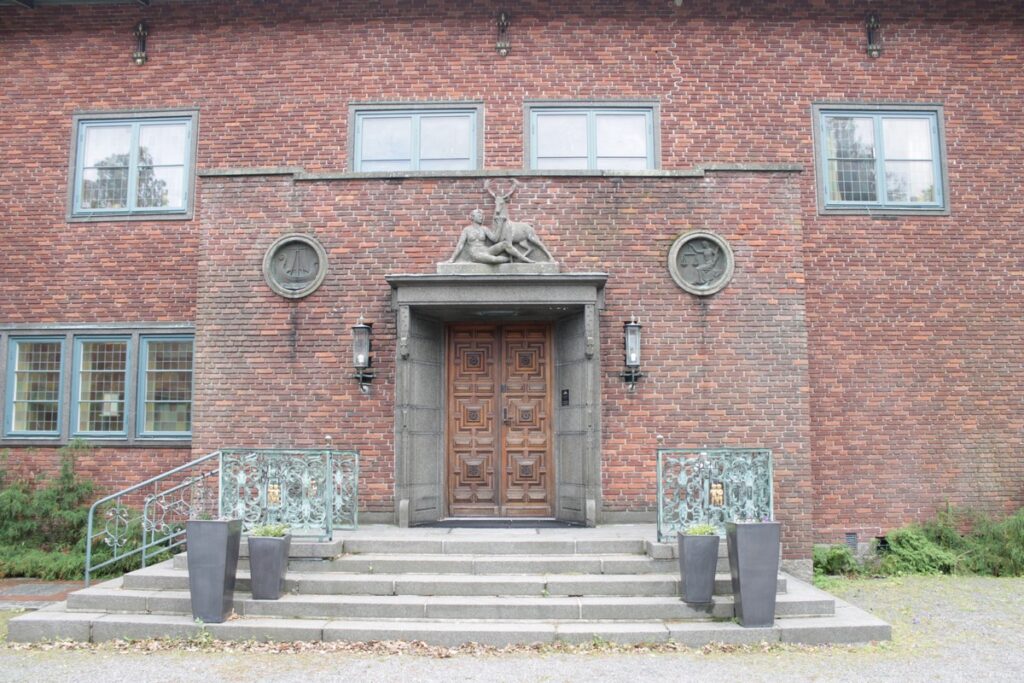 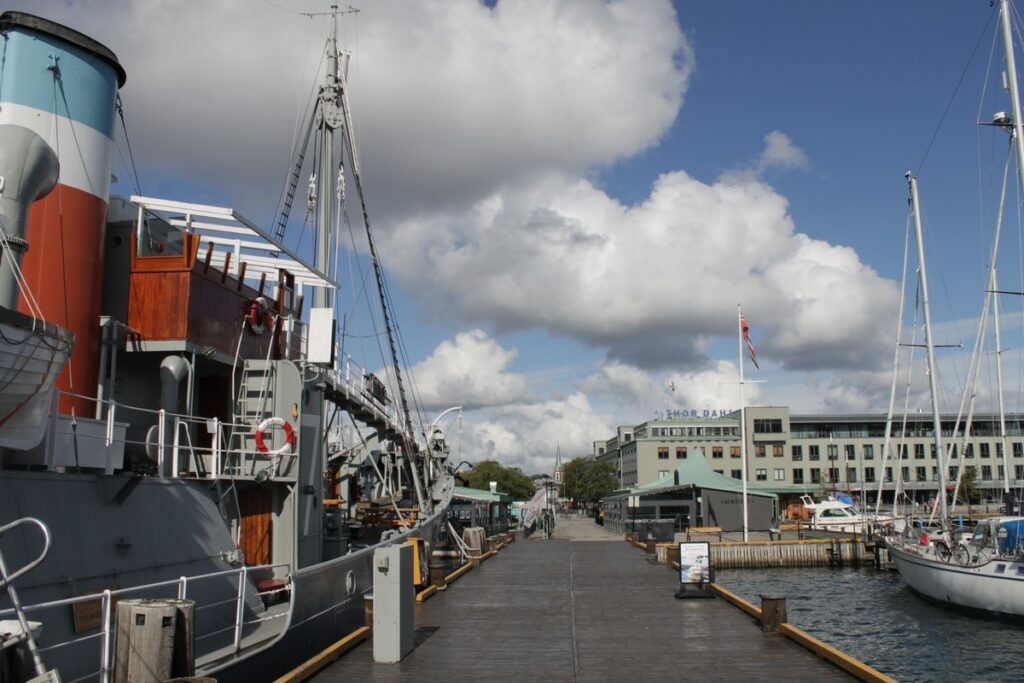 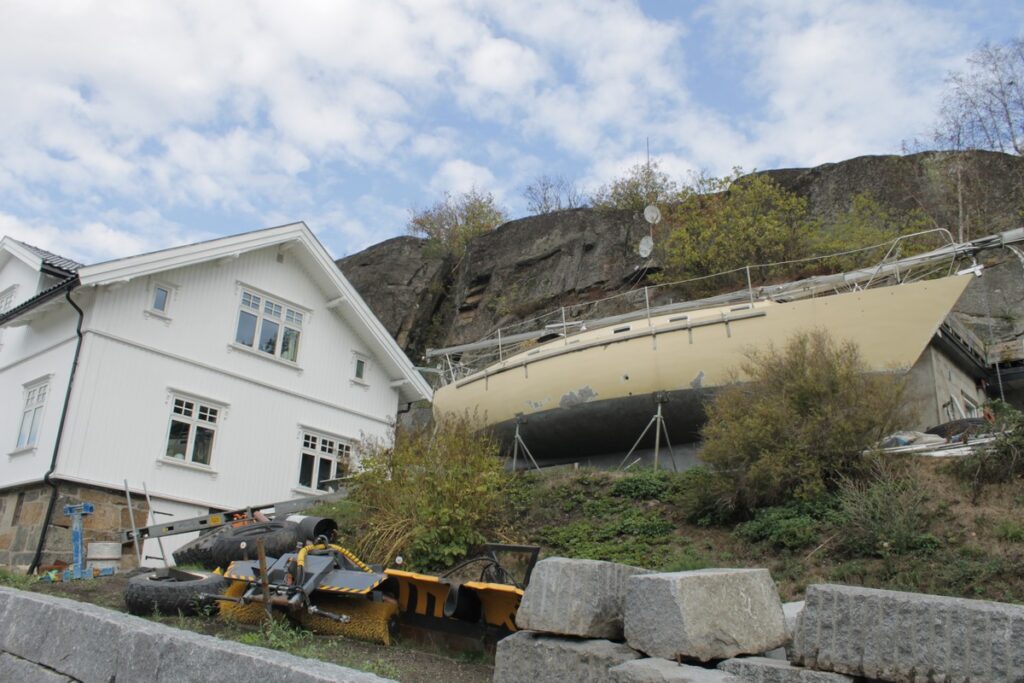 On the way to Midtåsen 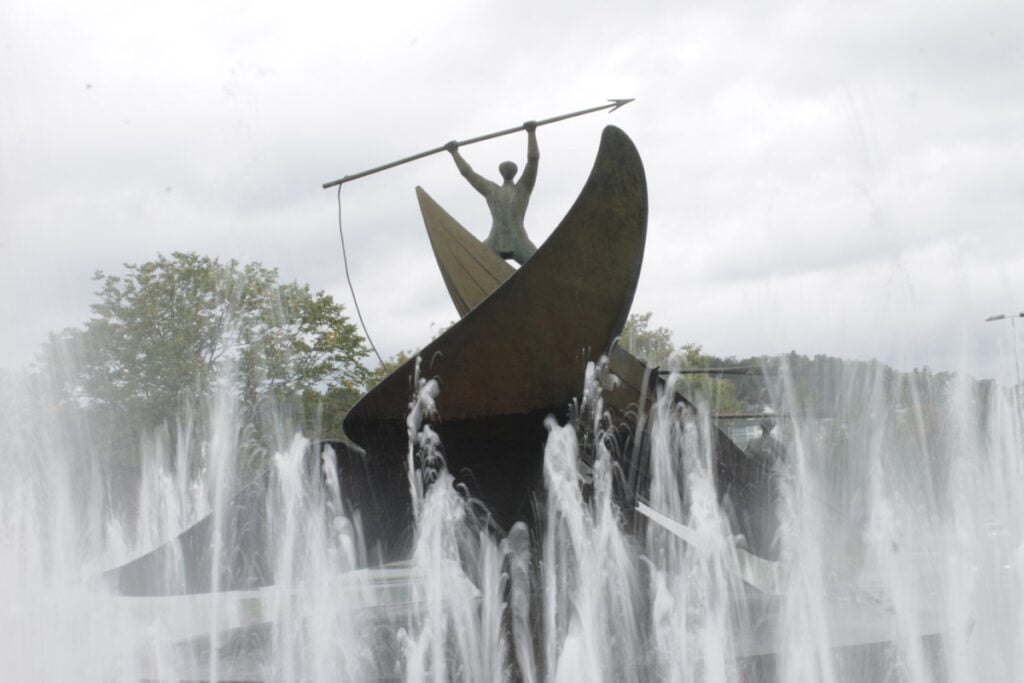 Monument of the Whalers 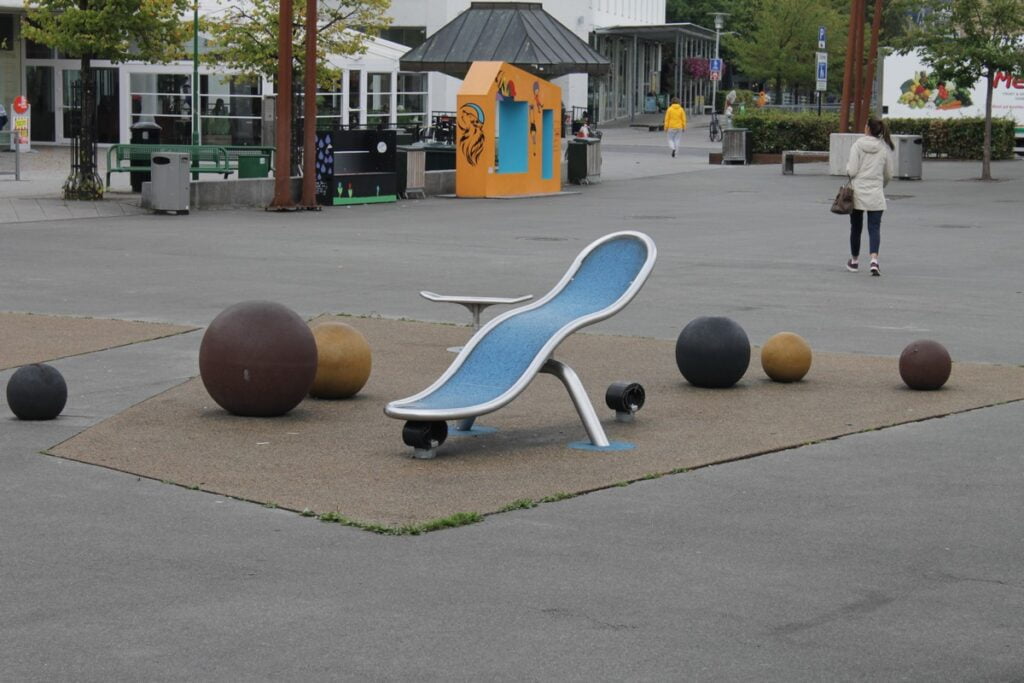 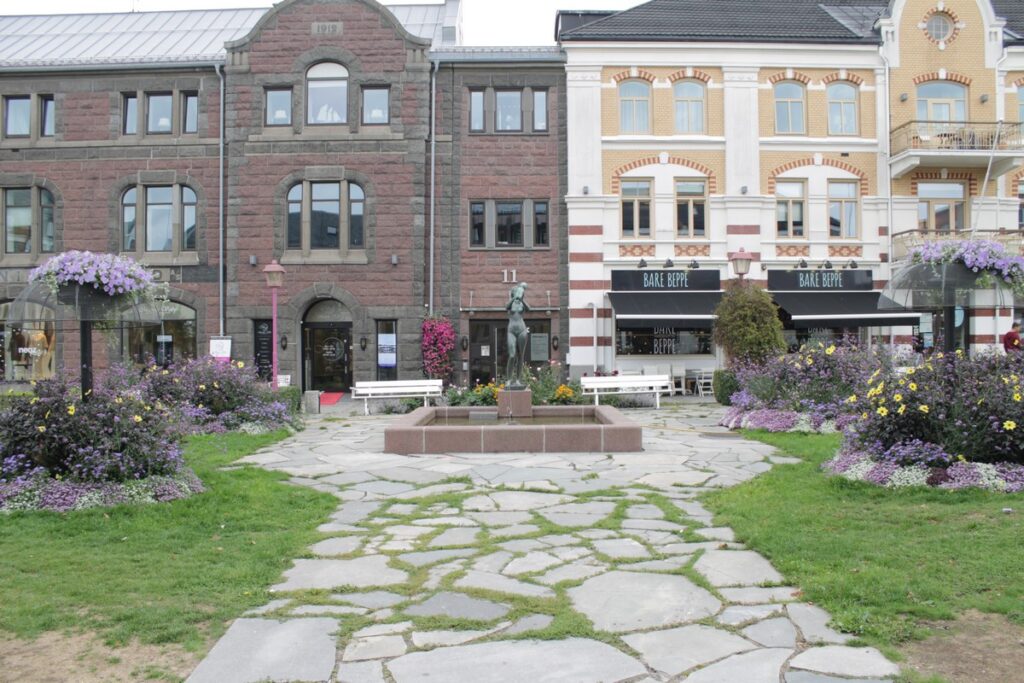 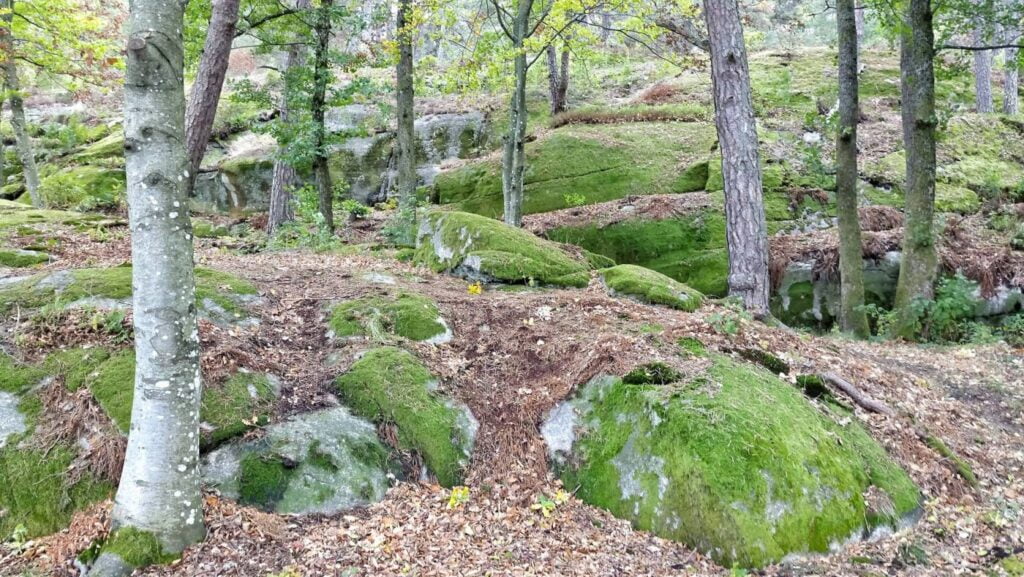 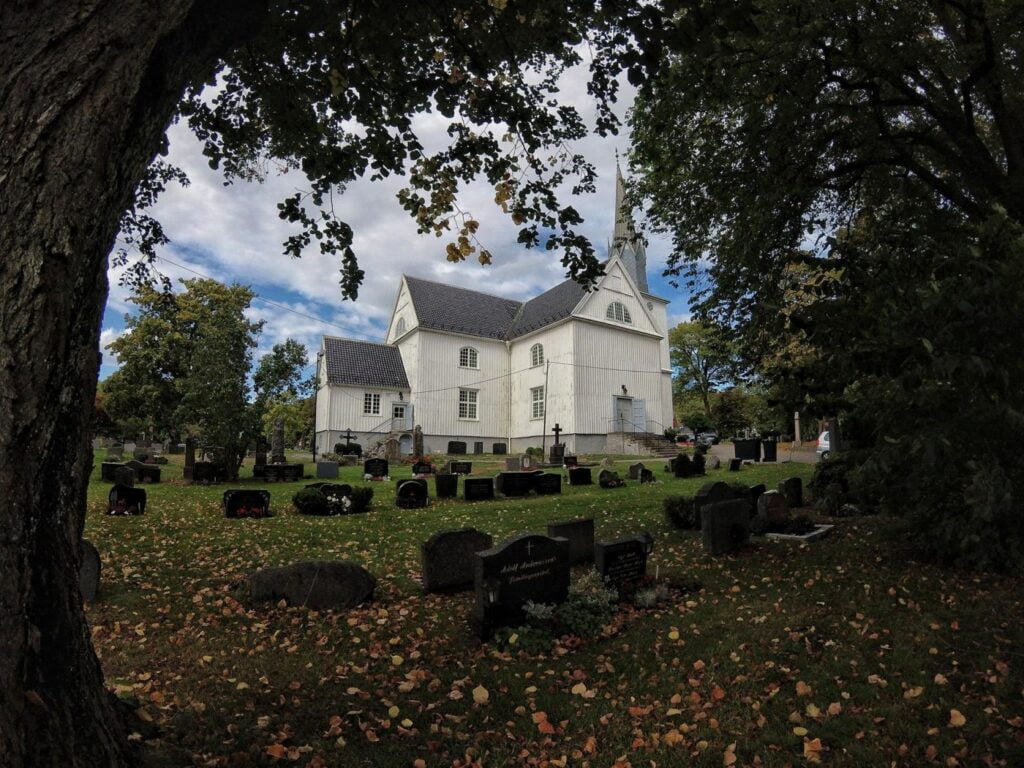 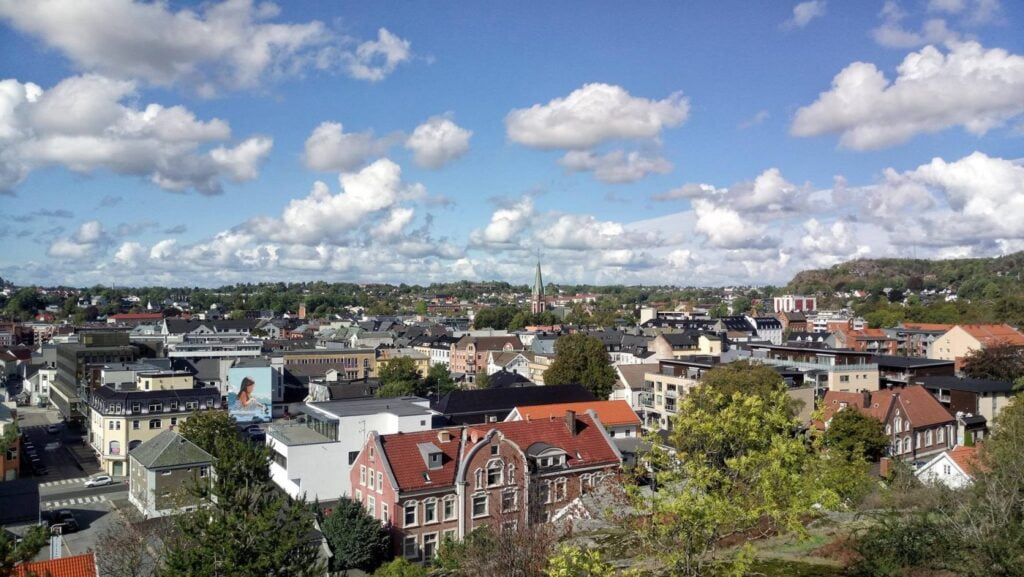 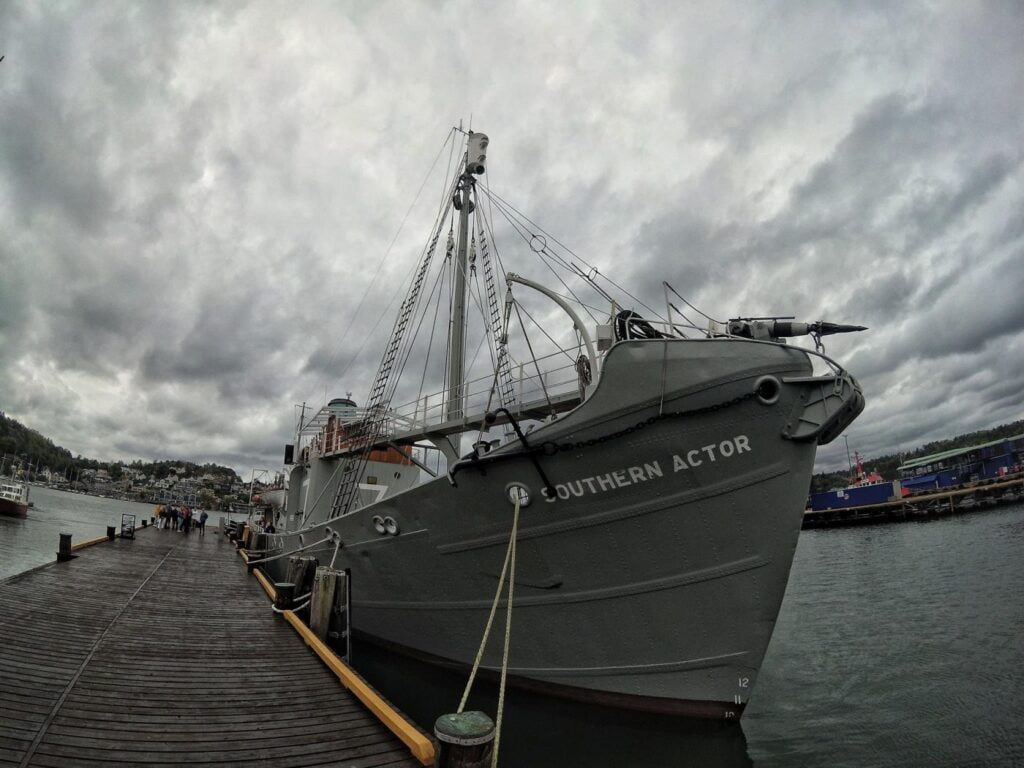 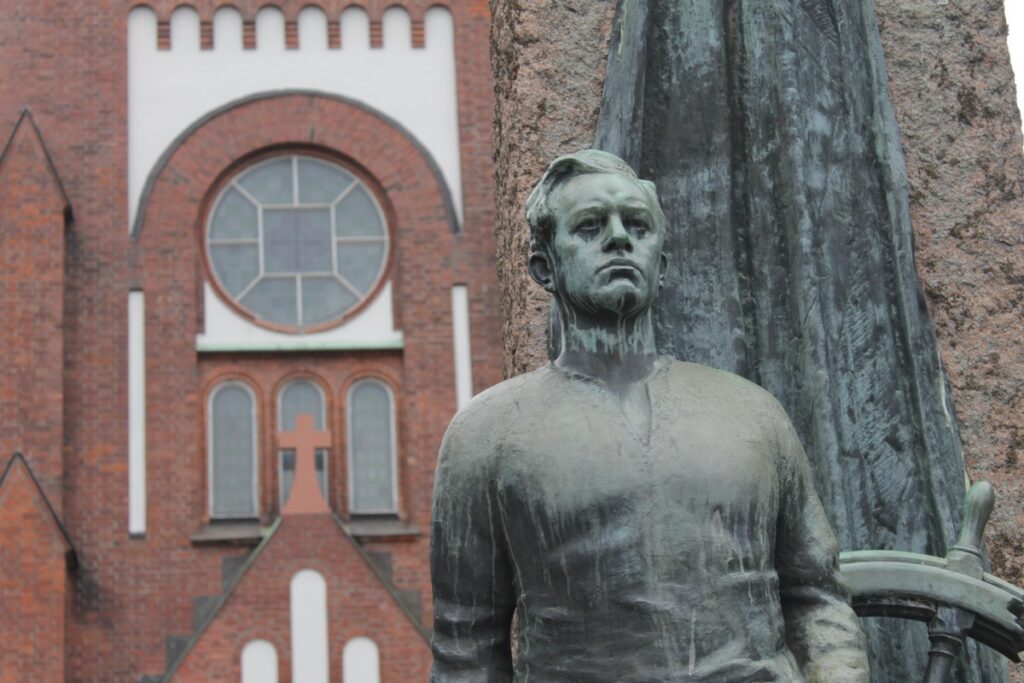 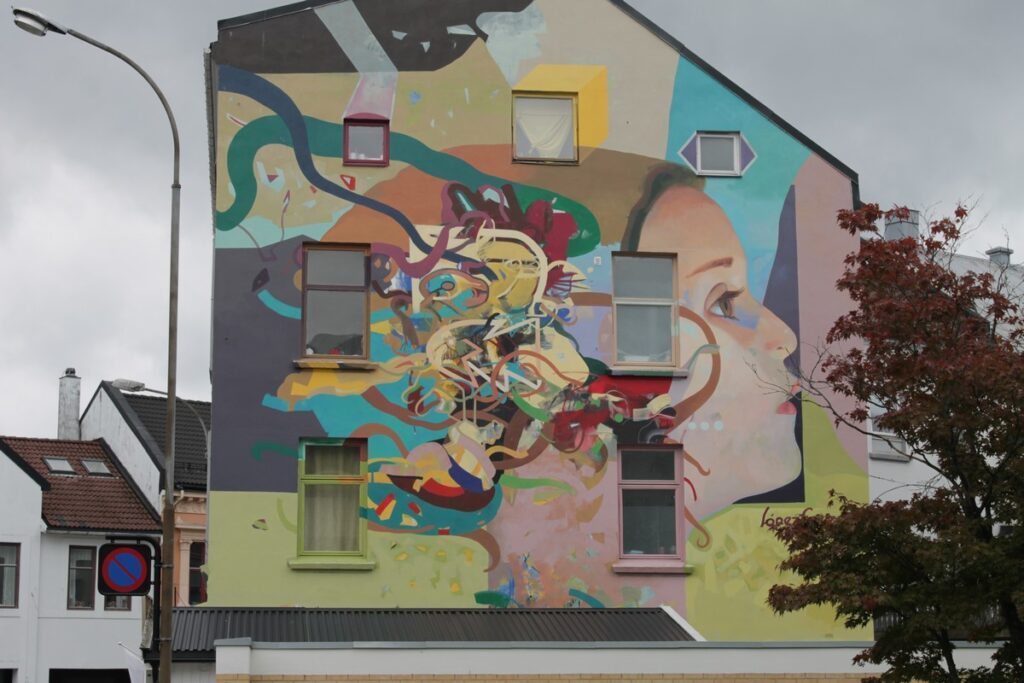 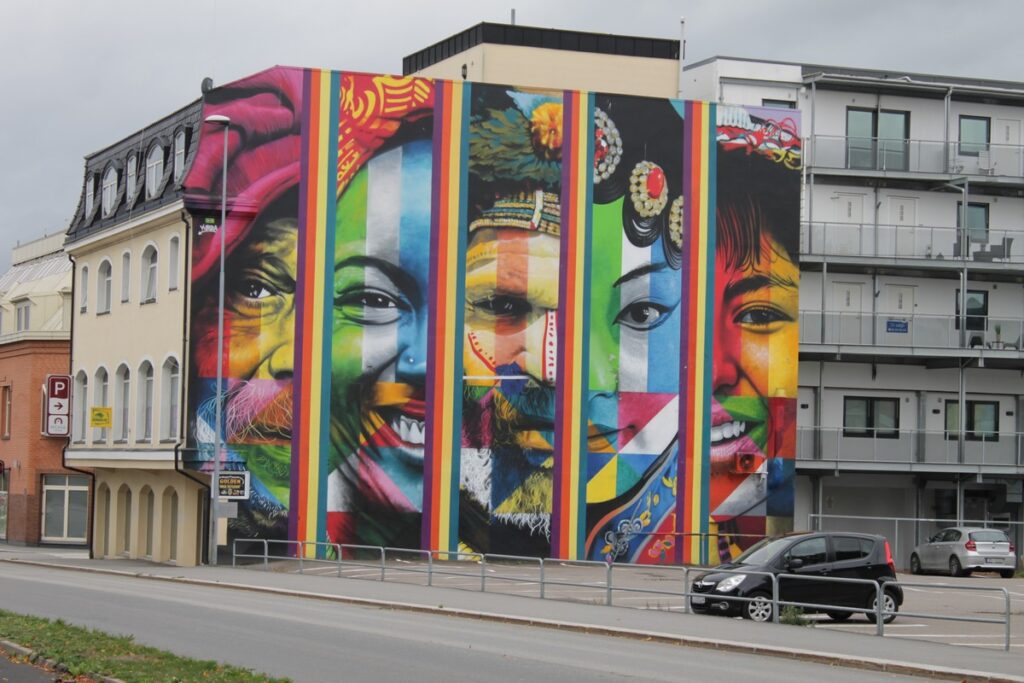 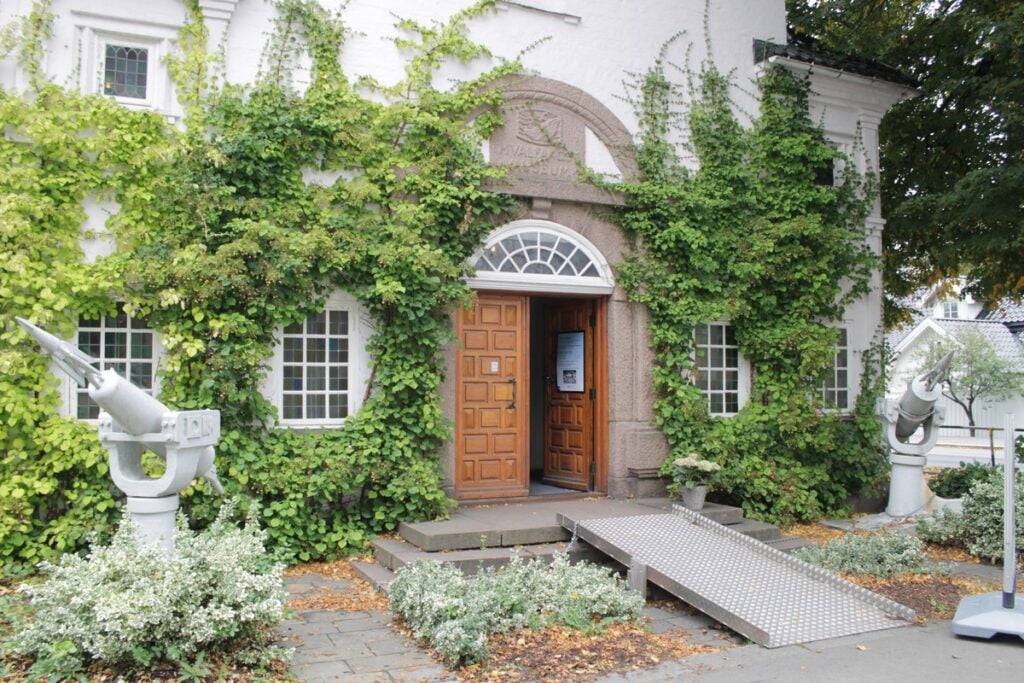 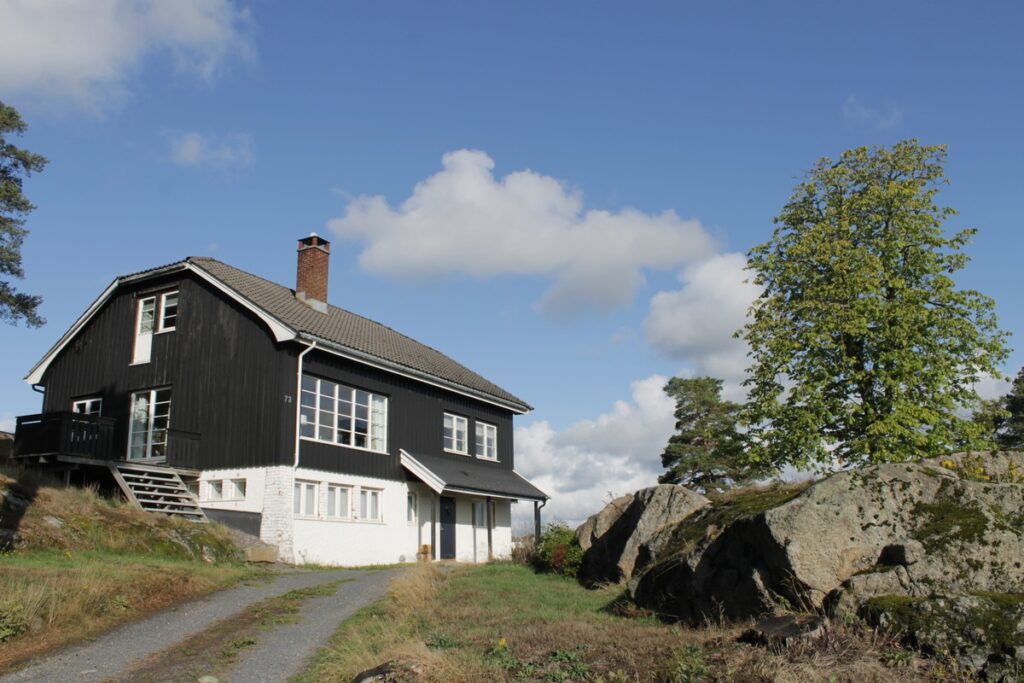 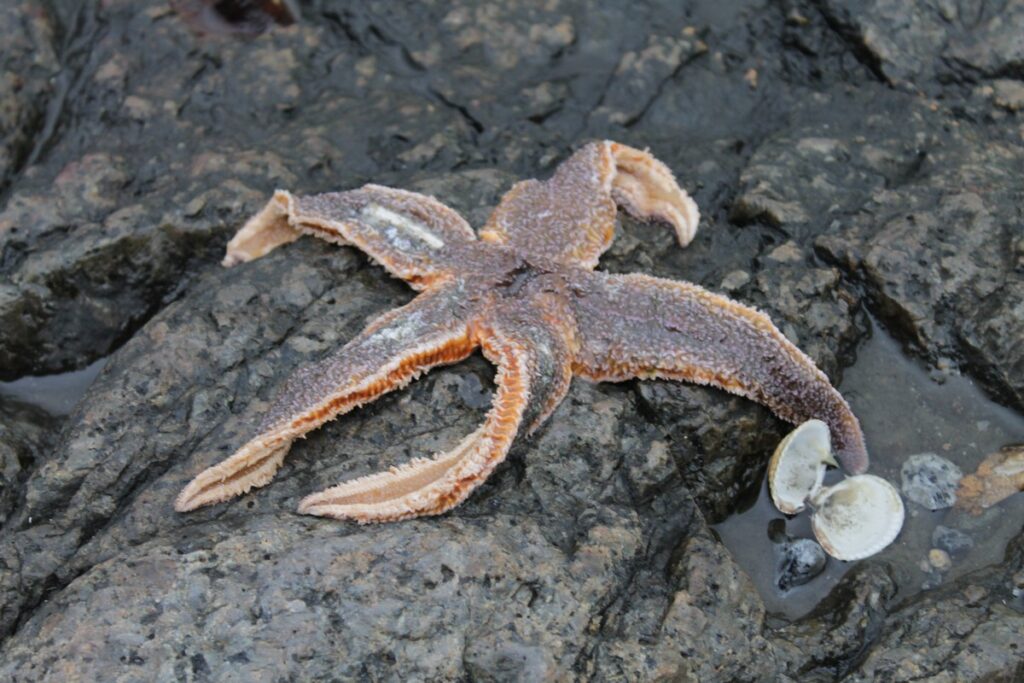 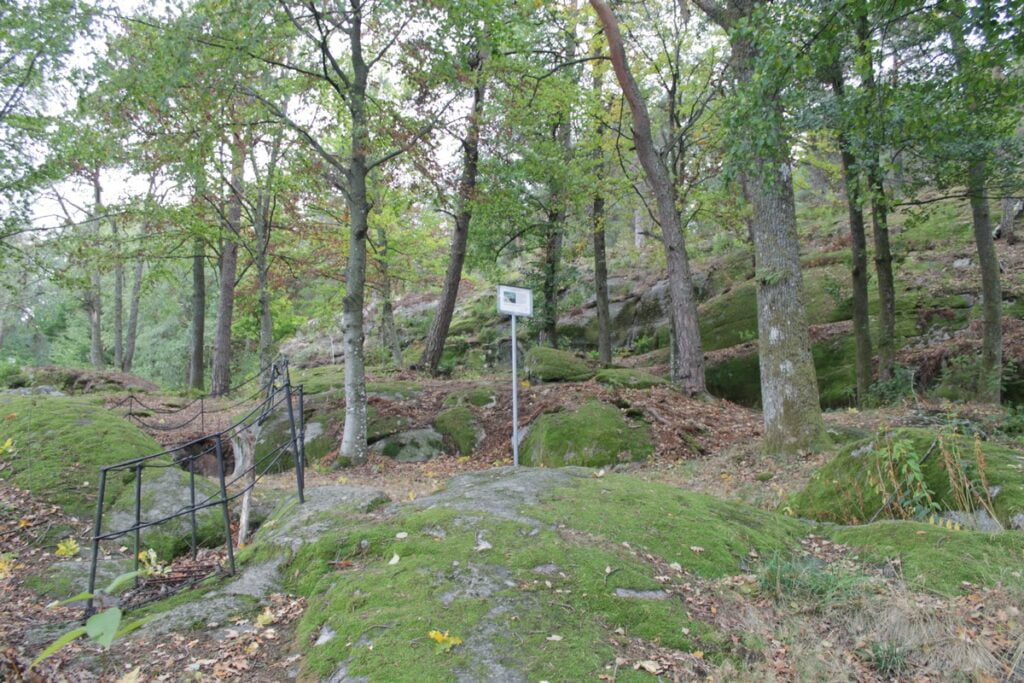 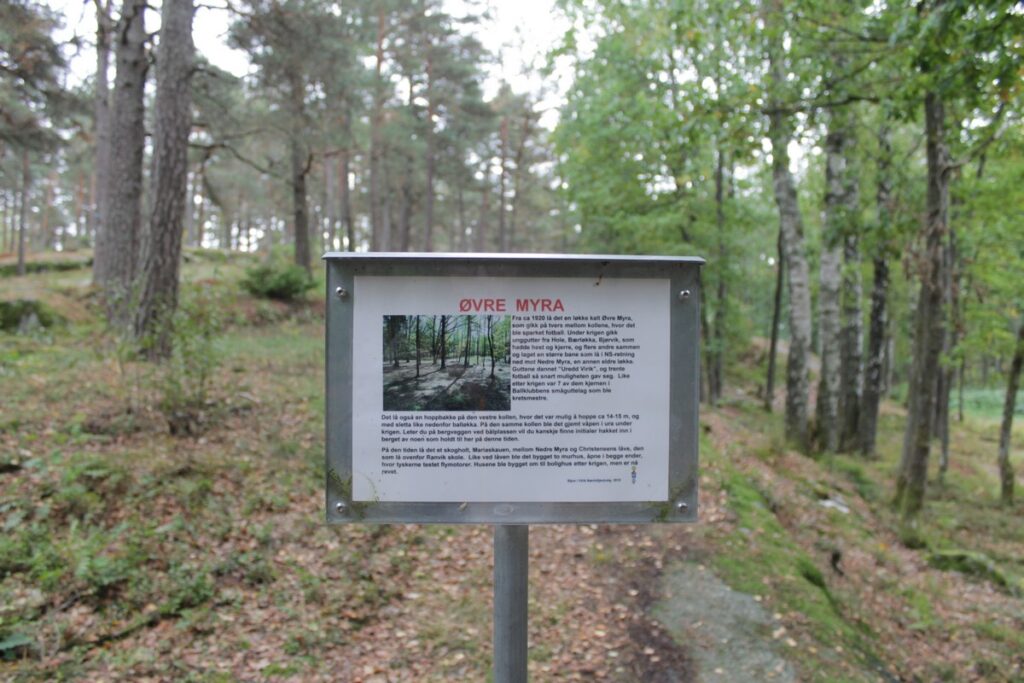 Sometimes there are english informations and sometimes not 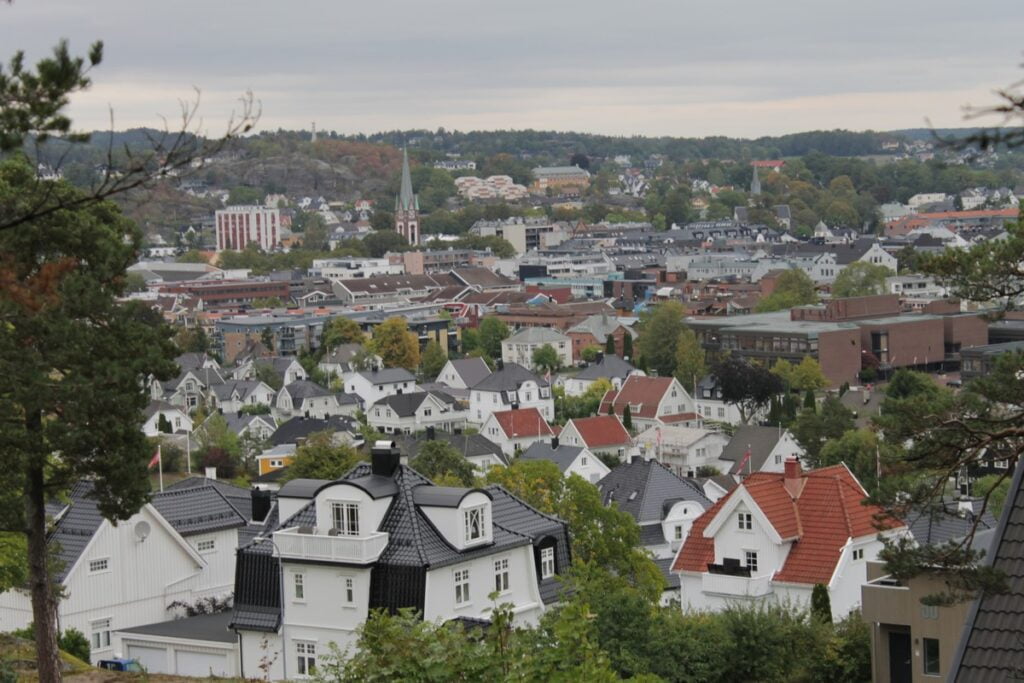