Korean barbecue is a topic that I have been watching on the internet for some time. There is no restaurant in Kielce that would dare to try to fill this niche. There are quite a few Koreans living in Sydney, so it is not difficult to find such a place. I decided to check if it is worth attention.

Sydney is a mix of many cultures and thanks to this you can find restaurants from around the world. Most are probably Chinese, but there is a lot to choose from. The restaurants with Korean barbecue have no short menu, and apart from the food itself, the idea is also important.

The idea is simple. We have a grill on every table. We order meat and additives, we grill and eat. We decided on a set of different things to try (at the restaurant’s name was STONEaGE Set). The place we decided on is called STONEaGE and is located at Chatham Road 1B in the West Ryde district.

In addition, on the table everyone gest cabbage and rice. We also got a few snacks – kimchi, marinated cabbage and pickled onions. Like most restaurants, the tap water was free for a meal.

It started with the fact that the waiter put a “bucket” of burning coals in the metal handle/hole in the centre of our table. They were covered with a grate and slices of bacon appeared quickly on it. Over each table from the ceiling hung a hood with adjustable height so you could get rid of the smoke.

The waiter brought us individual pieces of meat on the table and threw them on the grate. When they were ready, he cut scissors into smaller pieces and pushed aside the grill. It was not an ordinary grill because there was also a water tank around the fire pit. The meats were delicious and soft, and of course, the bacon was the best for me! An interesting thing was also a steamed egg with chives in it. It looked strange, but it tasted interesting especially with sauces. Available on the table we had soy sauce, chilli and sesame oil. Meat fits well with the sauce, in which the cabbage was served.

In the end, it is worth mentioning the service, which worked very well and smuggled a lot of humour in their statements and behaviour. The main thing is to have a distance to what you do! 🙂

I liked Korean barbecue and just like with Hot After that, not only food is important here. It is important to prepare it, look at it, eat, but also the company in which we spend our meals. If I have the opportunity, I will repeat it with certainty! 🙂 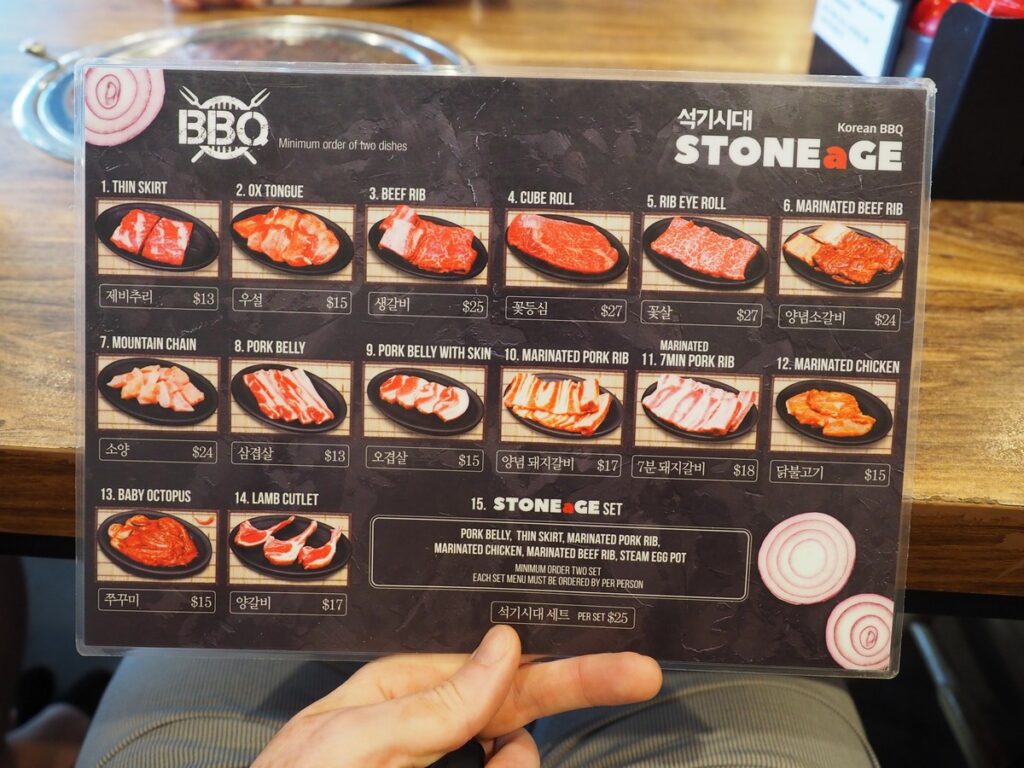 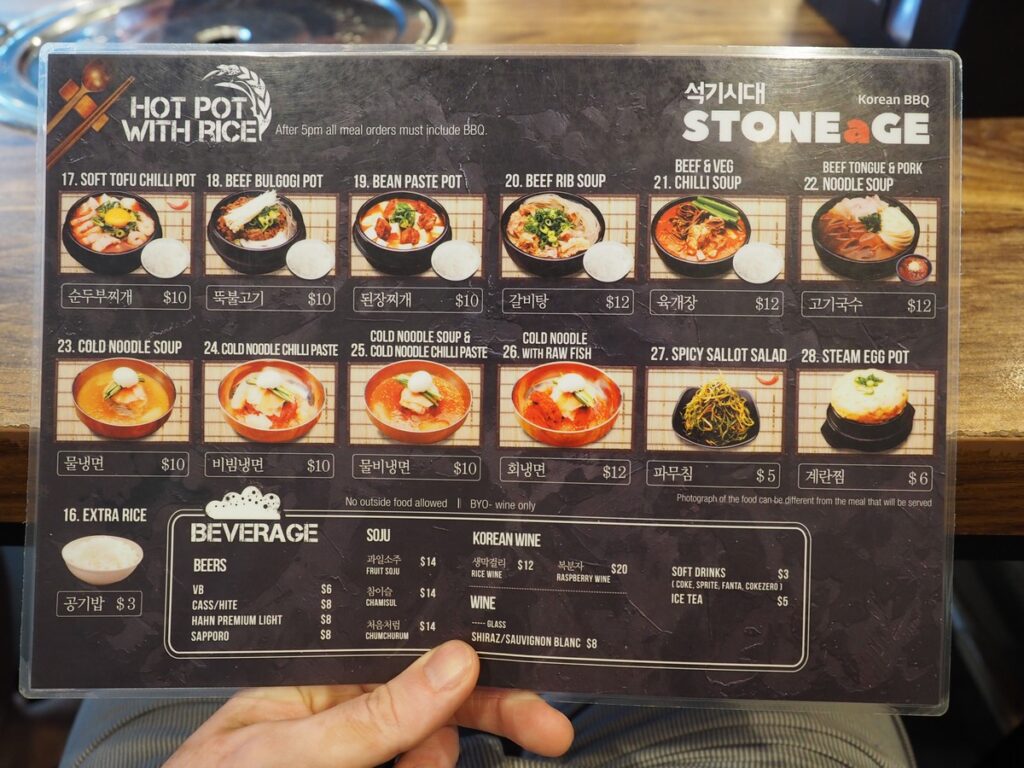 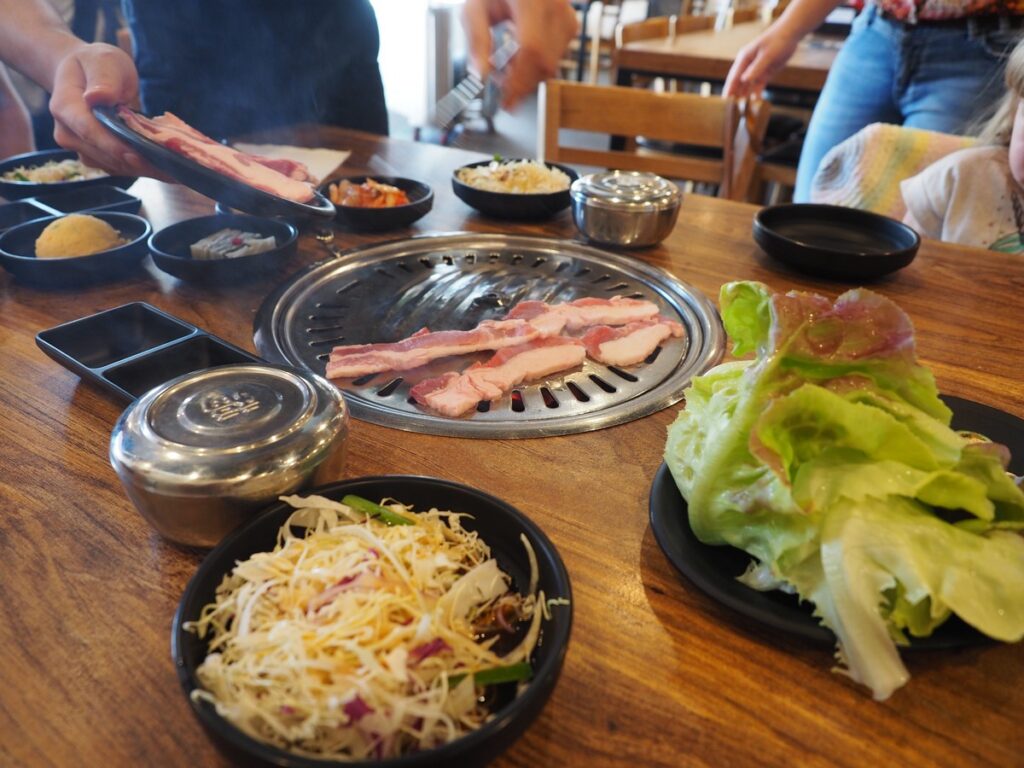 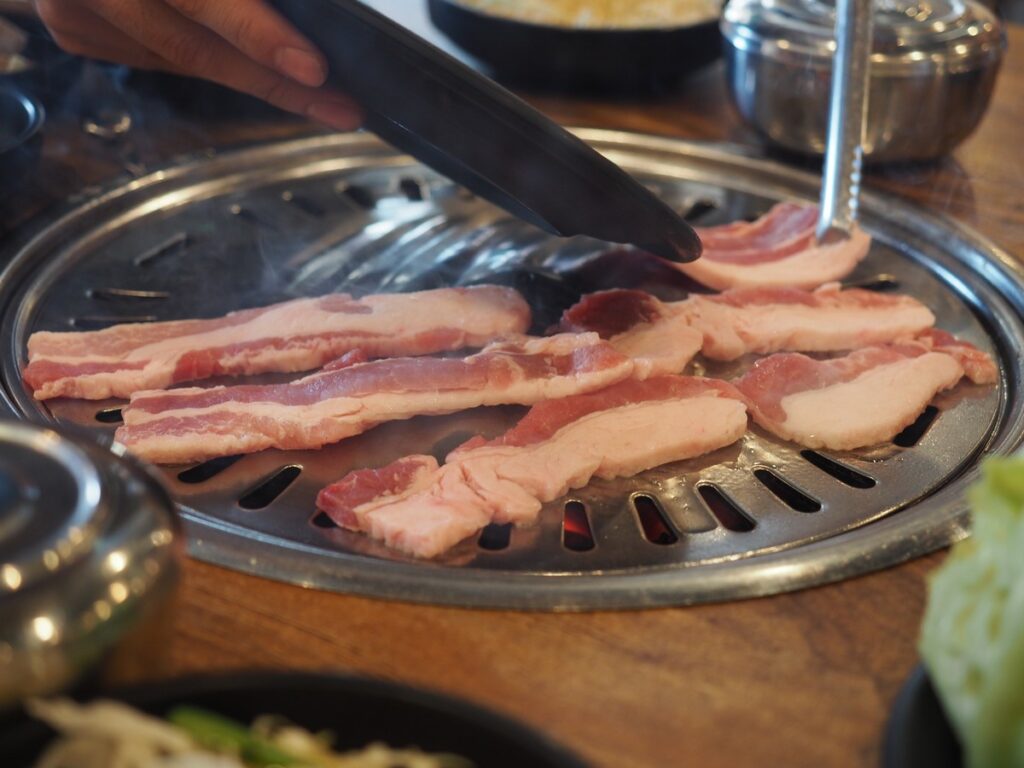 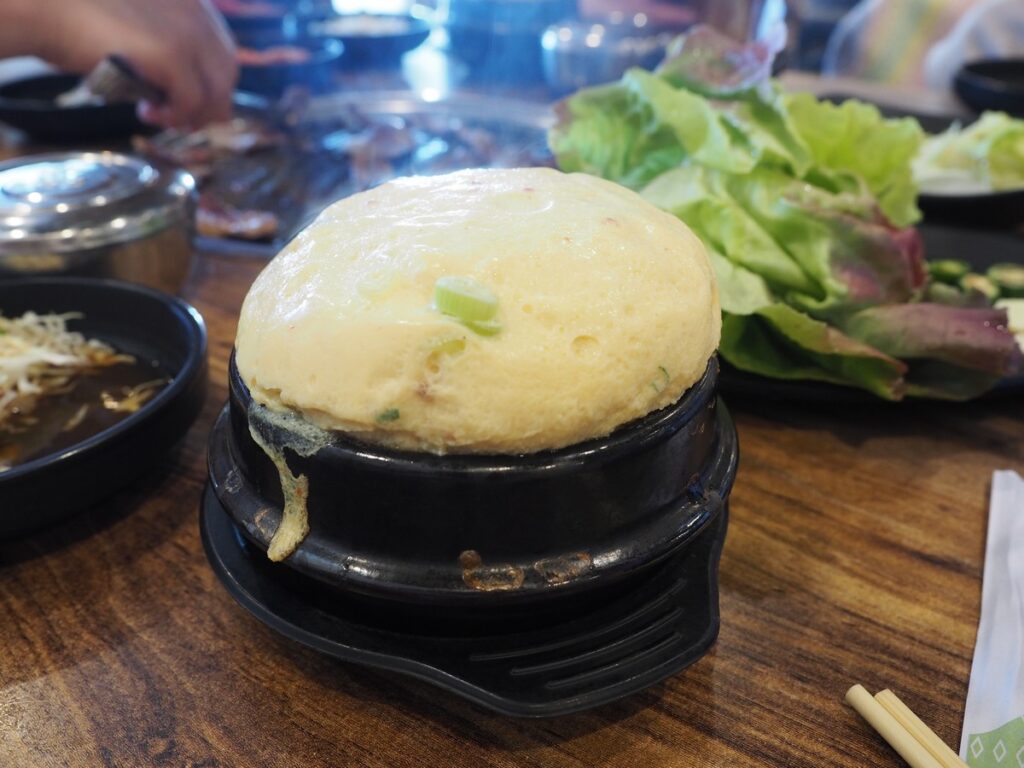 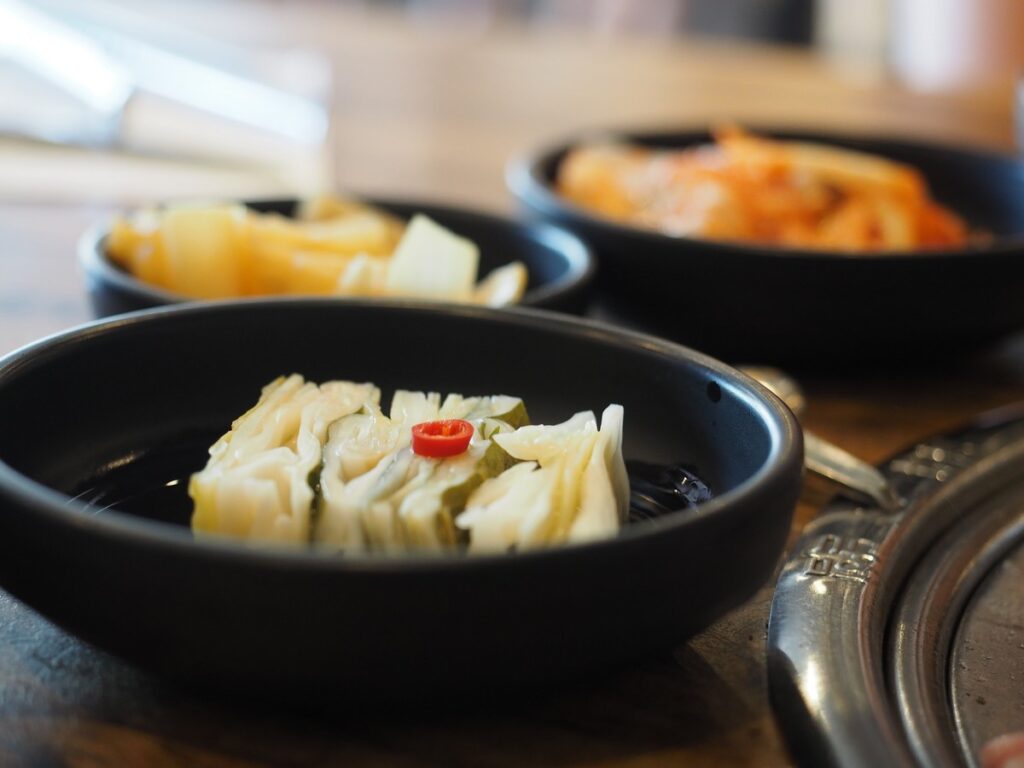 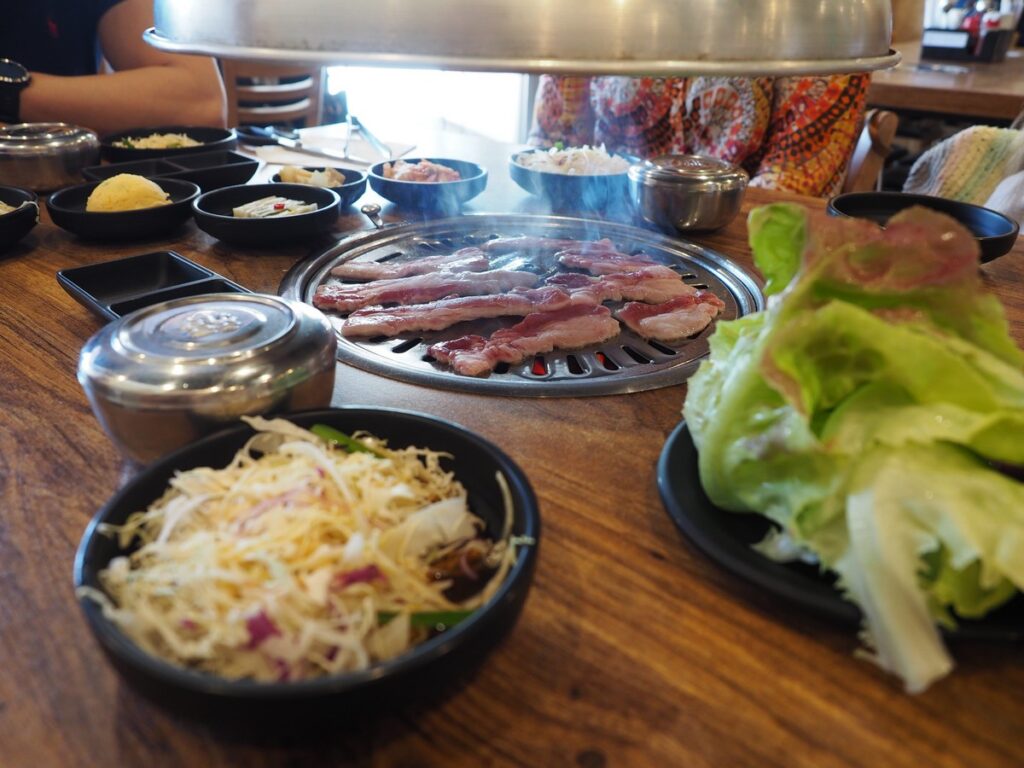 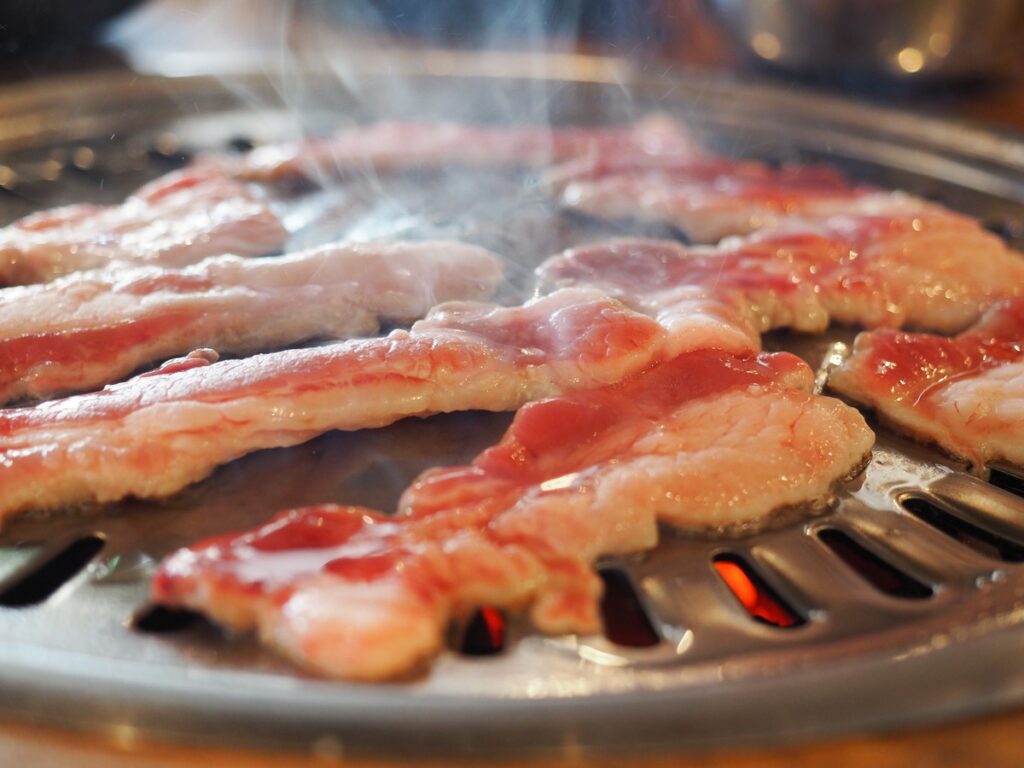 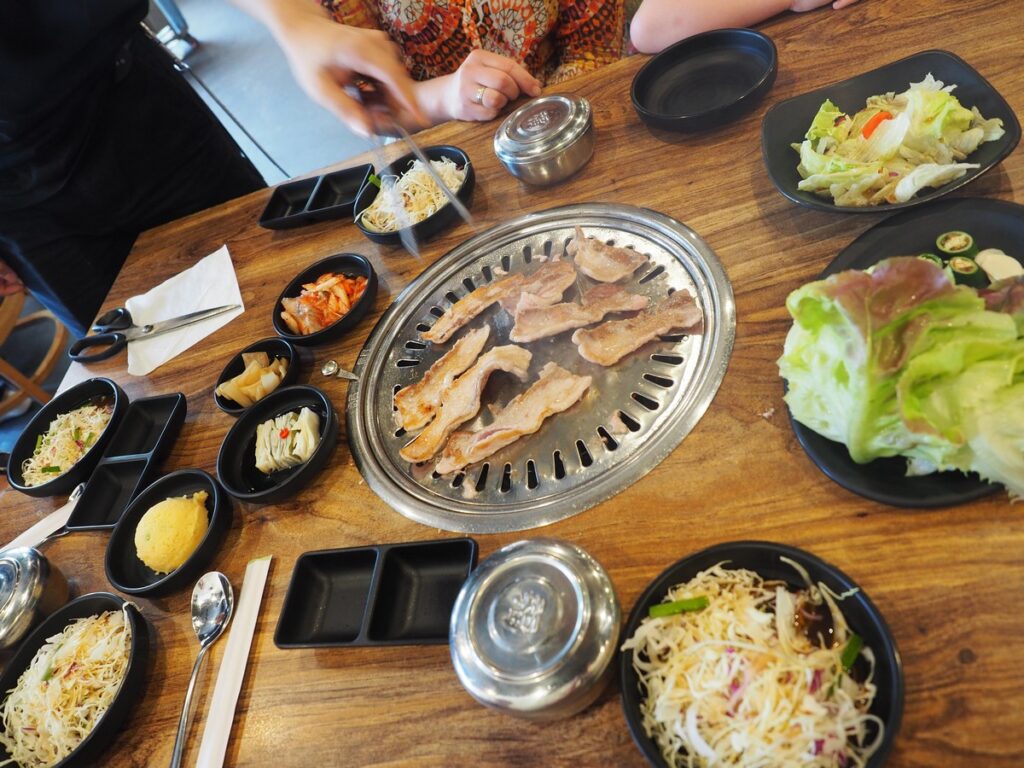 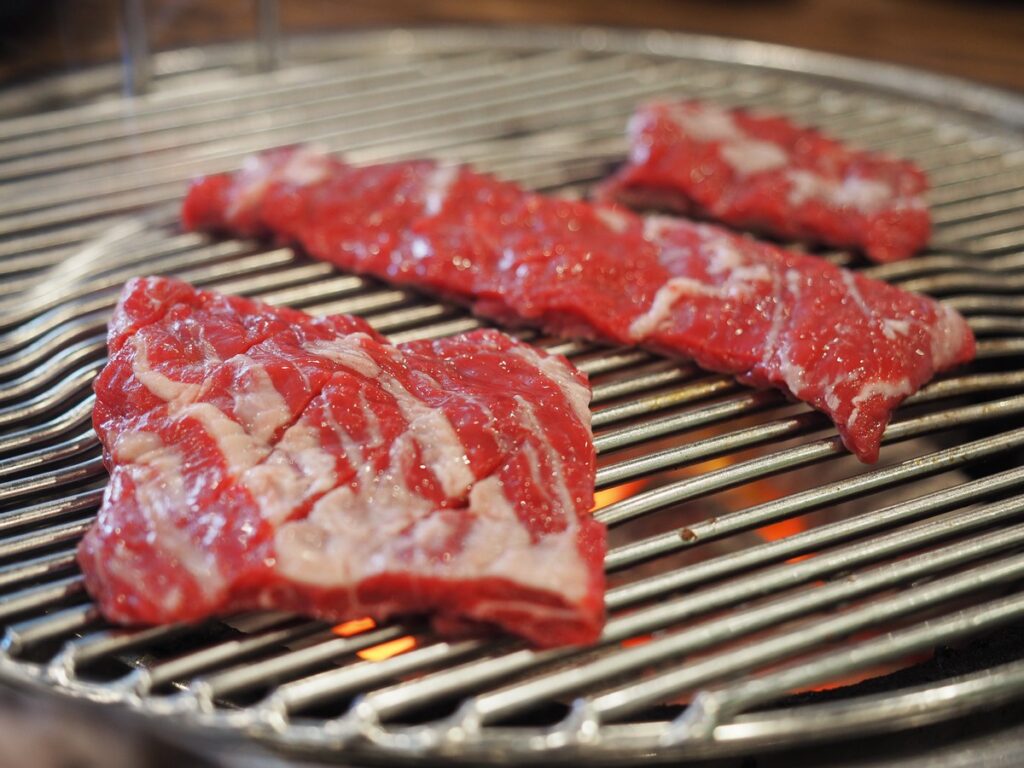 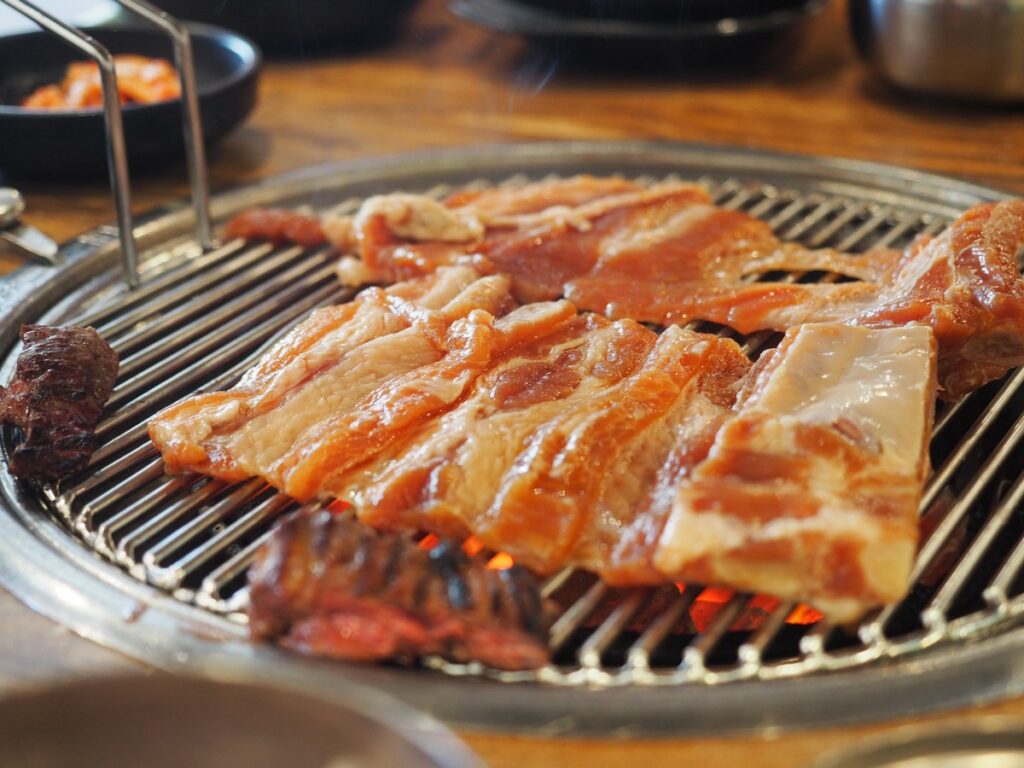 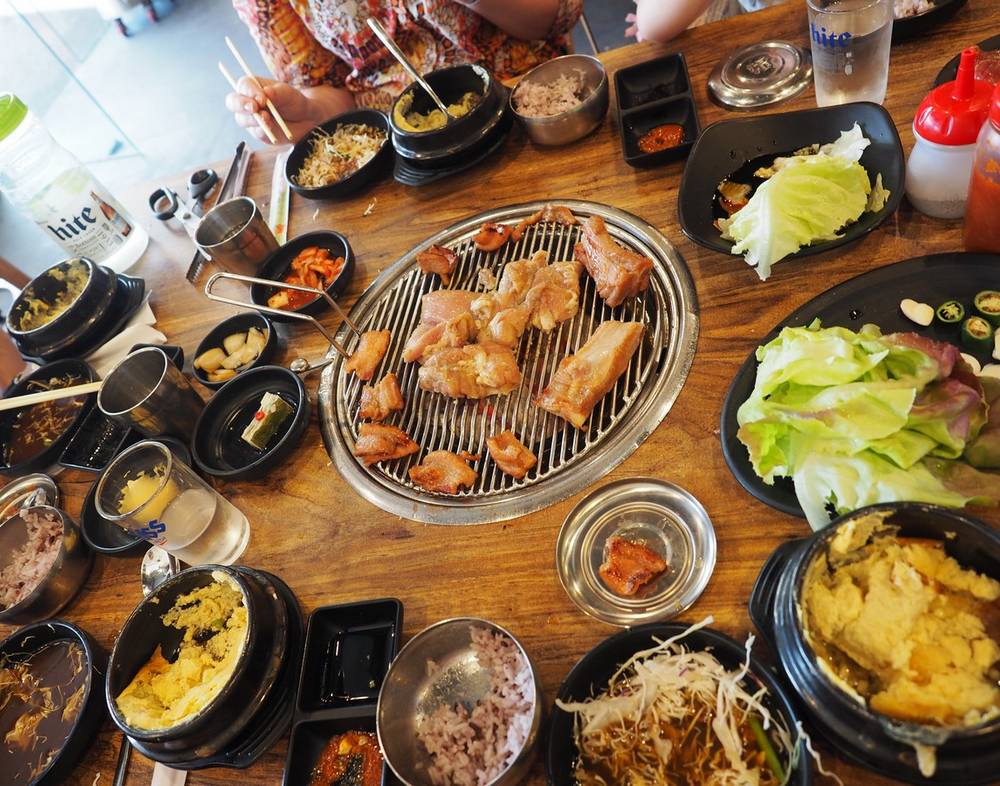 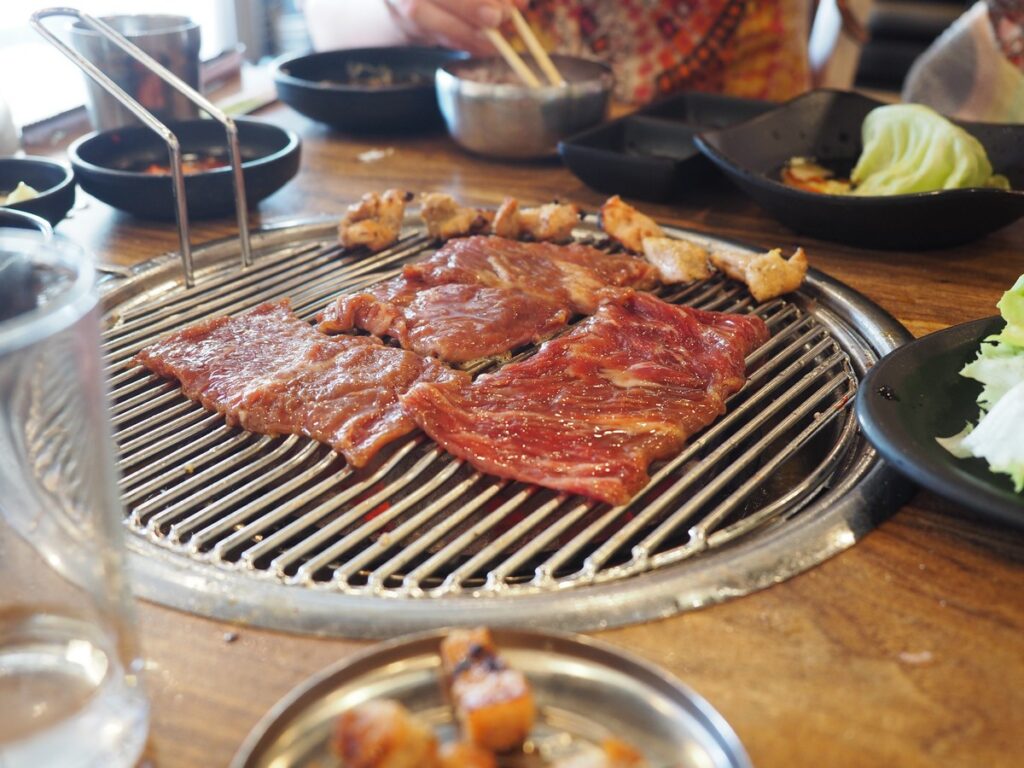 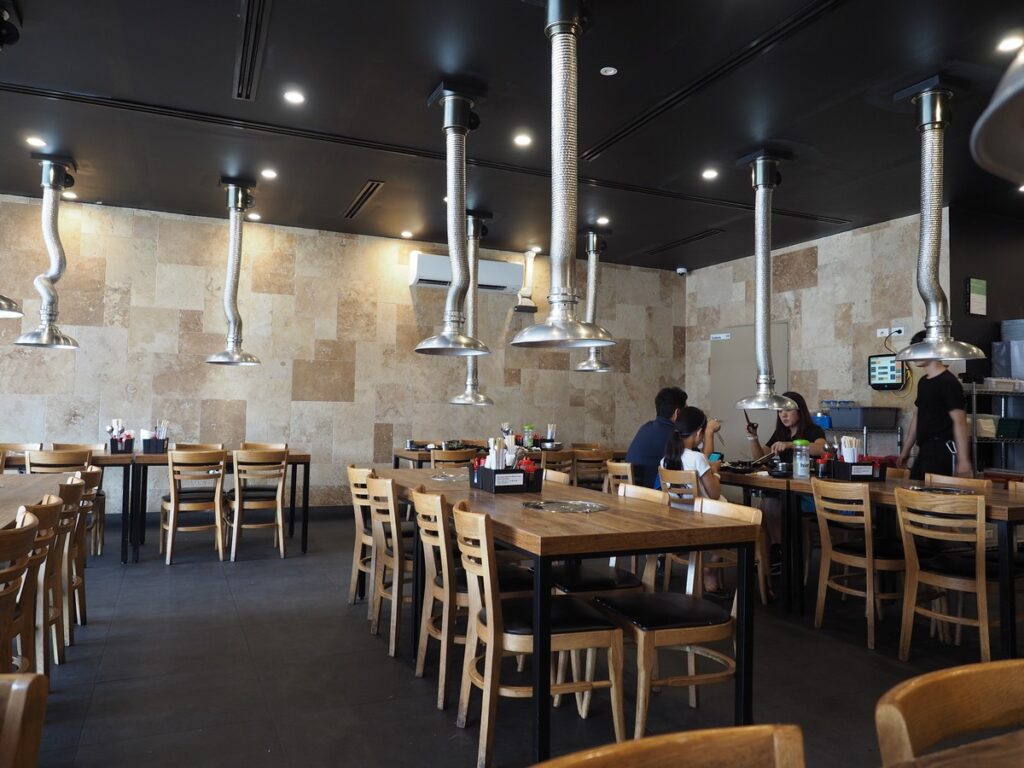