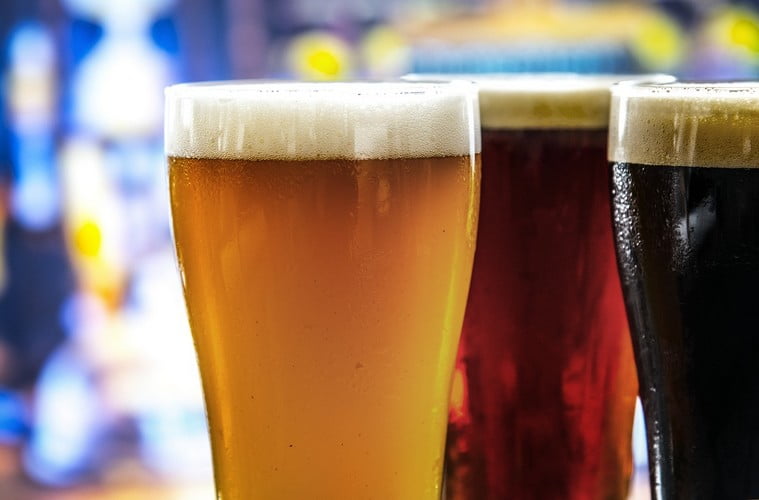 When ordering a beer in many places, we can choose the brand and size. In the Czech Republic, of course, too, but there are also other words which meaning I will try to explain to you. When ordering Czech beer you will get what you want.

Czechs have the first place in the world in beer consumption. Czech pivnice (places where you buy beer) and hospody are often full of people thirsty for this golden (and not only) drink.

In Poland, we generally choose the brand of beer and whether it should be large or small (sometimes also bottled, in a can). In the Czech Republic, the situation often gets complicated. Service at restaurants usually starts with many unknown numbers. They suggest an eight, ten, eleven or thirteen.

They are not beer names (sometimes only) and also no percentages of alcohol. This is the extract in beer. It does not affect the bitterness of the beer. Sugar is produced from malt and is later fermented. In general, the higher the extract percentage, the heavier and more expressive the beers are. Lagers have this low value, and porters – high.

ležák – is nothing but Lager or bottom-fermented beer. Light Lager is the most consumed beer in the world

pivo světlé – this is a light beer

pivo řezané – it is a mixture (1: 1) of dark and light beer, when skillfully pouring, we see two colors of the drink in a glass

In most parts of the Czech Republic, no one will ask you how to pour beer. In West Bohemia, however, you can find (promoted by Pilsner) four ways of pouring beer (čepovani). There are:

Czech beer is not just a drink. Beer SPA, in which we can take a bath in this drink, are becoming increasingly popular. The bath lasts several dozen minutes and has a very positive effect on the skin. I tried this attraction in Harrachov. Really nice time!

And which one is the best?

There is no clear answer which Czech beer is the best. It is very likely that if you try beer from a local brewery, it will be good, because the Czechs take care of the beer and make it well. The huge number of mini breweries means that when going to any region of the country you will certainly find local flavors that are worth trying! I drank beers from a very large number of Czech breweries. You can read about the Primator brewery here.

What with the beer?

Czech cuisine is made for beer. Main dishes fit perfectly with it – stews, pork knuckles and ribs are the poetry of taste. Often beer is also used in the cooking process. If you try beer stew once, you will definitely come back to it.

Let’s get to the snacks though. There are several in the Czech Republic. In the menu, you will often find tatarak (beef tartare) served most often with fried bread and garlic, nakládaný hermelin (marinated cheese, for which you can find the recipe at my place – here), utopenec (special sausages marinated with onions).