5 things you have to try in Czech

For many people, the Czech Republic is mainly associated with beer and sweets. However, the Czech cuisine has much more to offer. Today, five dishes ahead of you, which you must try during your next trip to Czech.

Czech cuisine has elements in common with polish, but it also has a large number of dishes less known (in a similar form). Basically, Czech cuisine has its regional varieties (Czech, Moravian and Silesian) but its varieties can be distinguished more. It is not light, and vegetable lovers will not feel like in paradise, but it’s worth it! 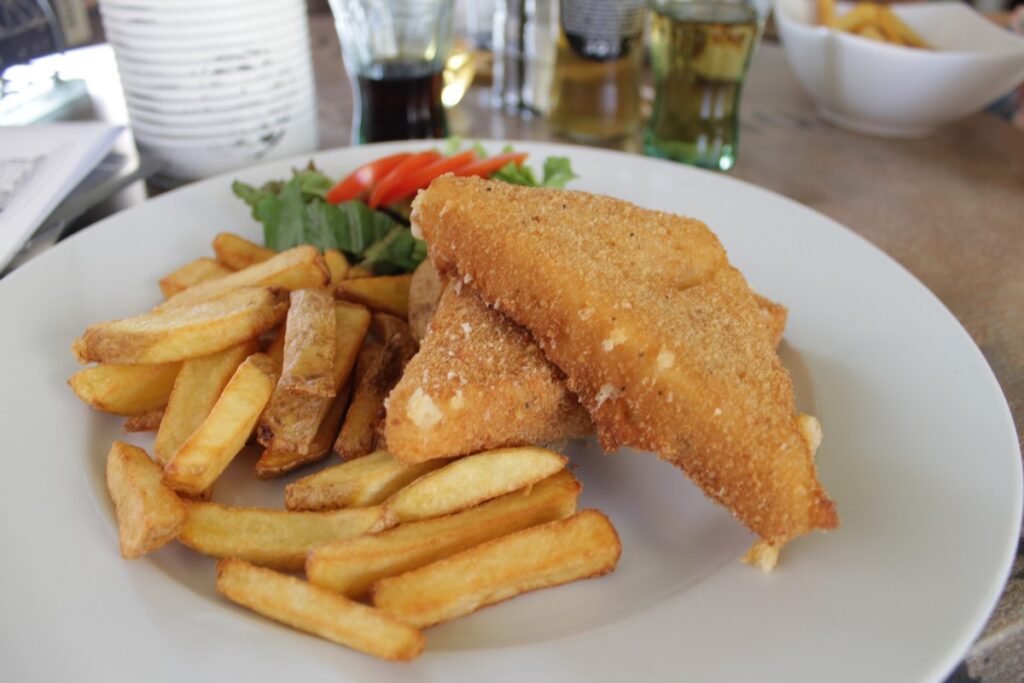 This is the best known Czech soup! The number of versions is unlimited. You can meet her in a variety of colours, textures and methods of serving. Sometimes it contains toasts inside, and sometimes next to a bowl. The same applies to cheese and ham. I also met the version with liquid yolk! It is very warming and tasty. It’s perfect for garlic fans. After eating it, there is usually no problem with a breathe. One of the secrets that I discover is the fact that garlic should be removed from the green part (the momentum) because it causes garlic smell from the mouth. 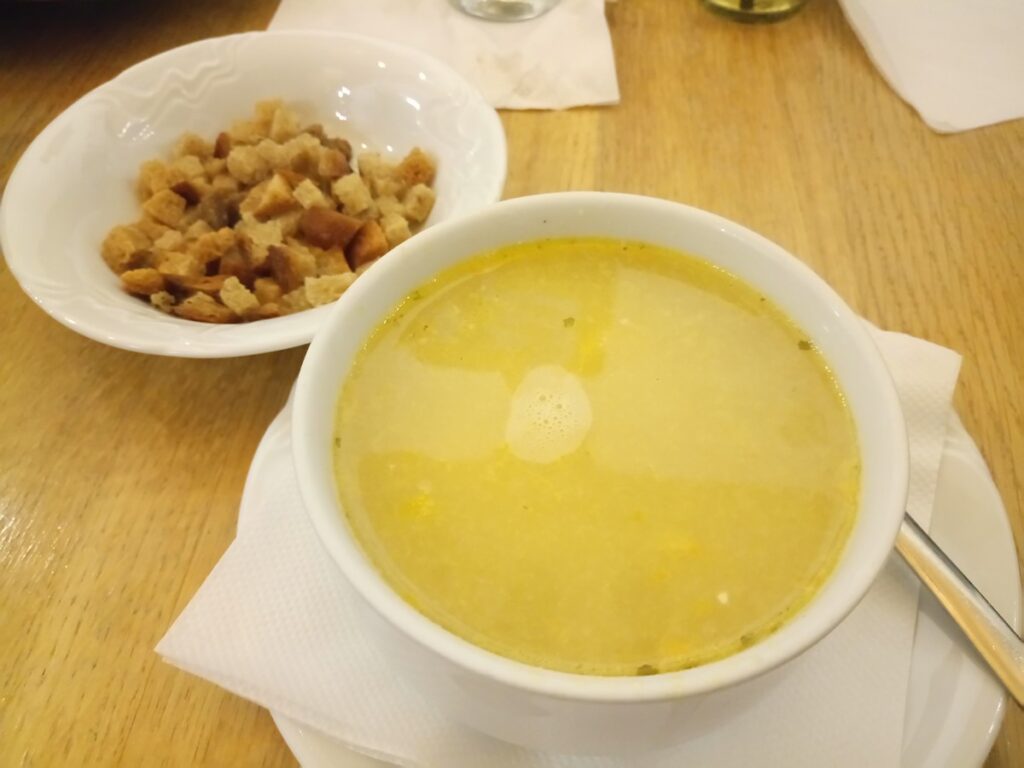 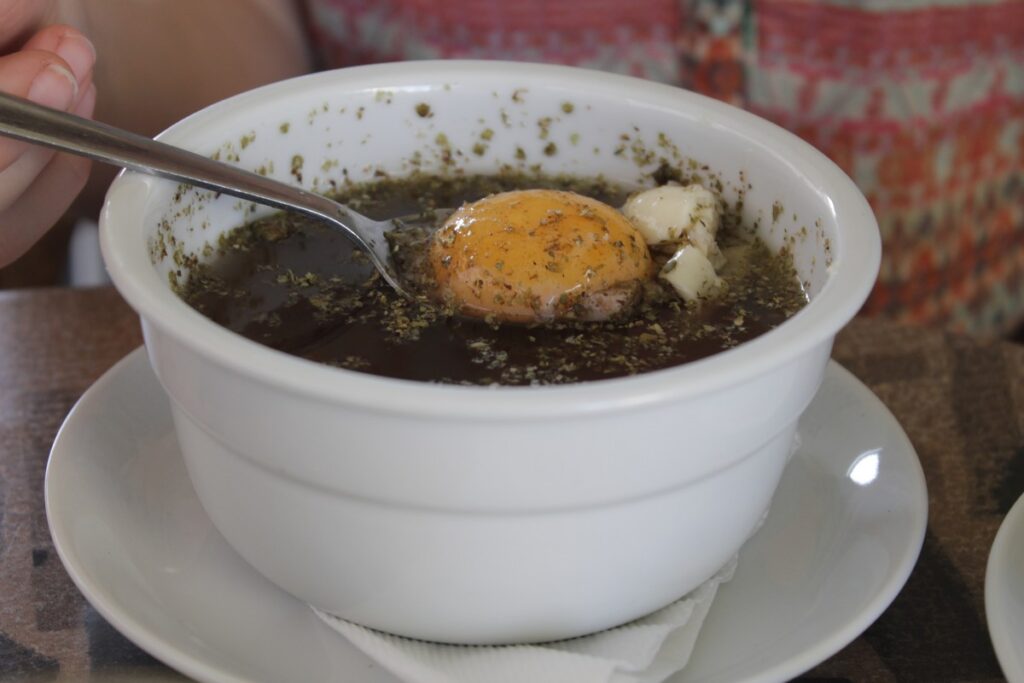 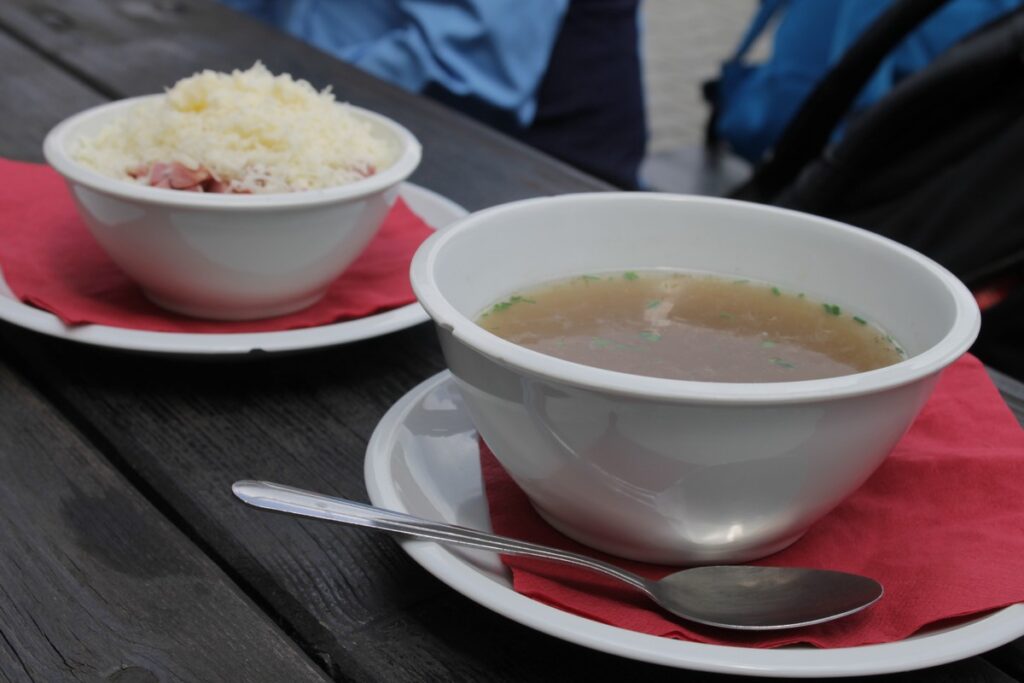 This dish has its big fans, but there are also opponents. You can find knedliki in the Czech Republic practically in every restaurant and they are basically divided into two types – houskove (bread) and bramborove (potato). Personally, I prefer the first one, and with pork goulash, they are perfect (with beef cheeks equally good). Potato knedliki are associated with one thing – they are very sticky and stick to everything in your mouth. Knedliki with goulash are often served with stewed cabbage and then it is called Vepřo knedlo zelo (pork, knedliki, zelo (stewed cabbage)).

Czech cuisine likes duck. He also likes venison, but you will not find it everywhere. The duck is usually served in the version with potato knedliki and cabbage. This dumpling is sticky, but with a very tasty sauce and meat really good. Cabbage served to the duck is red and prepared with vinegar. Very good and characteristic flavour. 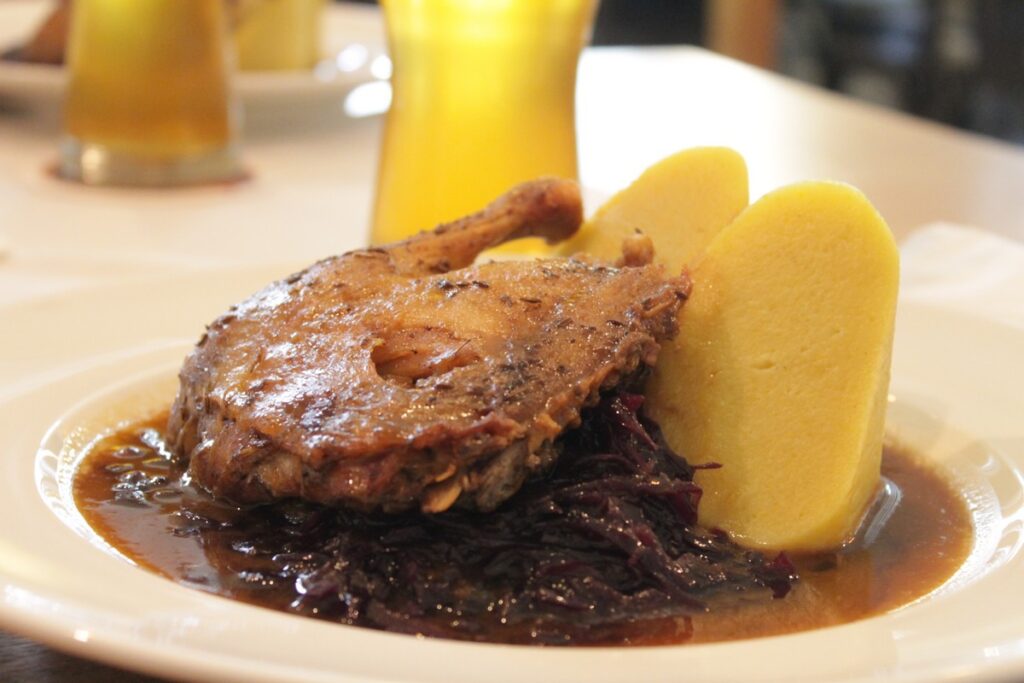 It is not a dish, but a drink that is iconic. In the Czech Republic, you have the opportunity to try it in its best form or cast. This bottled is good, but it tastes better from the barrel. People either loves or hates Kofola. I am in this first group and I can drink it in all quantities. The one from the barrel is available only in the classic version, but in the bottles, you can also get flavours. I recommend melon – in my opinion, the best 🙂

This list can be much longer, but you have to start with something. If you are interested in Czech cuisine, I recommend also to try beer cheese, Olomouc cheese curd cheese (text about them), dummies, hermelin (recipe here), venison, svickova and pork knuckle.