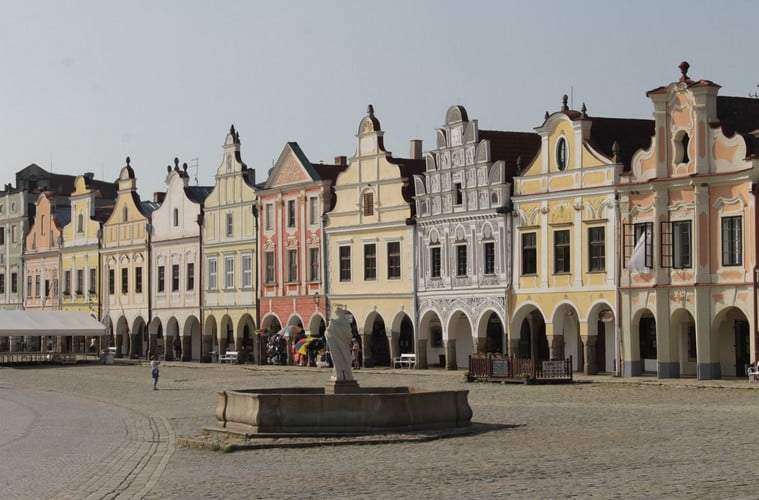 Telč – the old town and Market from the UNESCO list

Czech cities (maybe without Prague or Brno) in the evening calming down. You can then take a walk and enjoy them in a slightly different way. Telč looks amazing both during the day and at night. The old town inscribed on the UNESCO World Heritage list will surely impress you!

Telč is located in the region of Vysocina (the Czech region between Prague and Brno). It is 160 km from the national capital and 105 km from Brno. Currently, it is inhabited by approximately 5.5 thousand people. It’s worth spending about half a day to explore the city. There is a lot of interesting places to visit in the area, and among them, Trebic definitely is the first one.

Despite the fact that according to legends the city was founded in 1099, the first written records come from 1315. It was a fortress on the trade route connecting the Czech, Moravia and Austria. In the 14th century, a Gothic castle was built. In the 17th century, the town was partially burned. The castle was rebuilt in the Renaissance style by Zachariáš from Hradec. The counter-reformation brought the Jesuits who built the church (1667).

The oldest building in the city is the 13th-century Romanesque tower of the church of Holy Spirit but the most interesting thing entered in 1992 on the UNESCO World Heritage list is the Renaissance and Baroque buildings of the market. Tenement houses with arcades form a perfect example of Renaissance, medieval urban buildings.

In Telč, I spent the afternoon, night and morning so I had the opportunity to see the city at different times. Let’s start with the fact that the buildings of the old city make a huge impression. Tenements of various colours and shapes create a sensational effect. Both the walk between them and the view of the city from outside is very interesting.

The market square in Telč is considered one of the best examples of the Italian Renaissance to the north of the Alps. At each tenement house, you can stop and admire its details and individuality. In addition to tenement houses, one thing that strikes the eye in Telč is peace. There are no crowds of Asians and hundreds of coaches here. During the day we can walk without any problems, and in the evening the city is almost empty. Several restaurants are still open, but few people walk the streets.

There are also traces of the Jewish community in Telč. Right next to my hotel on the buildings were Jewish symbols. I also met signs for the Jewish cemetery, which unfortunately I could not get to.

Among the attractions of Telč, the Museum of Technology is also worth visiting. We can see cars and motorcycles from different periods there. The castle (Telč château) and its interiors are definitely also worth seeing. There are several exhibitions on various topics.

An interesting and also worth visiting city is located near Trebic. The Basilica and the Old Jewish Quarter in it are also on the UNESCO World Heritage List. Beautiful architecture and a piece of history await you there. You can read more about the city in the text.

If you like castles, you’ll also find something for yourself in the area. Lipnice nad Sazavou is one of the largest castles in the Czech Republic.

Definitely worth a visit Telc. Tenements on the market make an amazing impression. The problem of Telc is a narrow offer of infrastructure for tourists, but I think that the city will develop and attract more tourists. Currently, the small popularity among tourists is a definite plus because we can see the beauty of the city in peace. 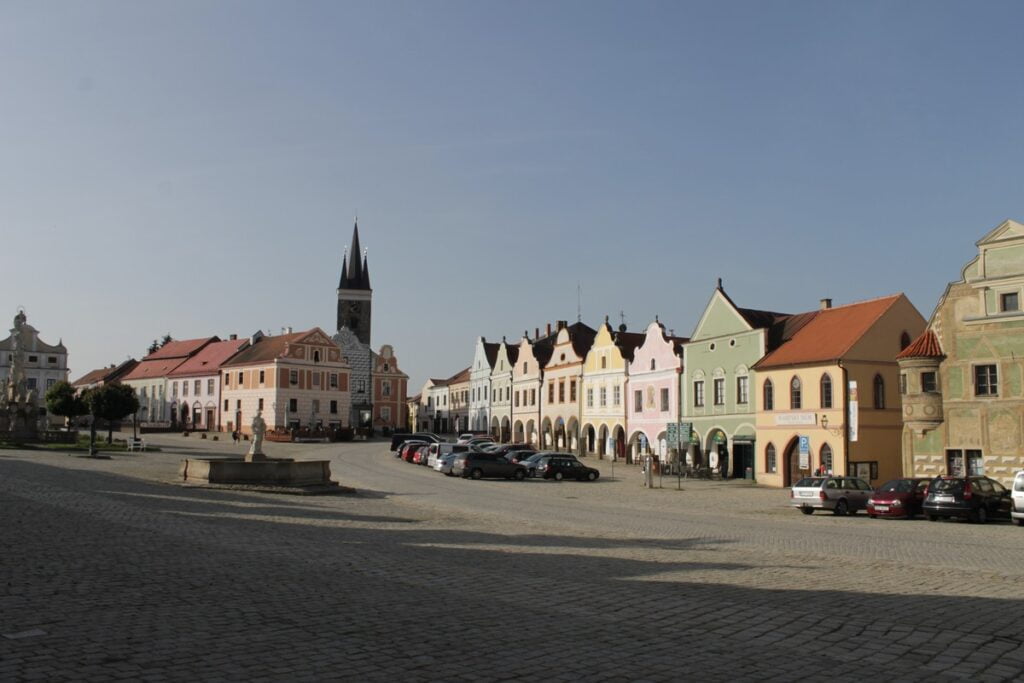 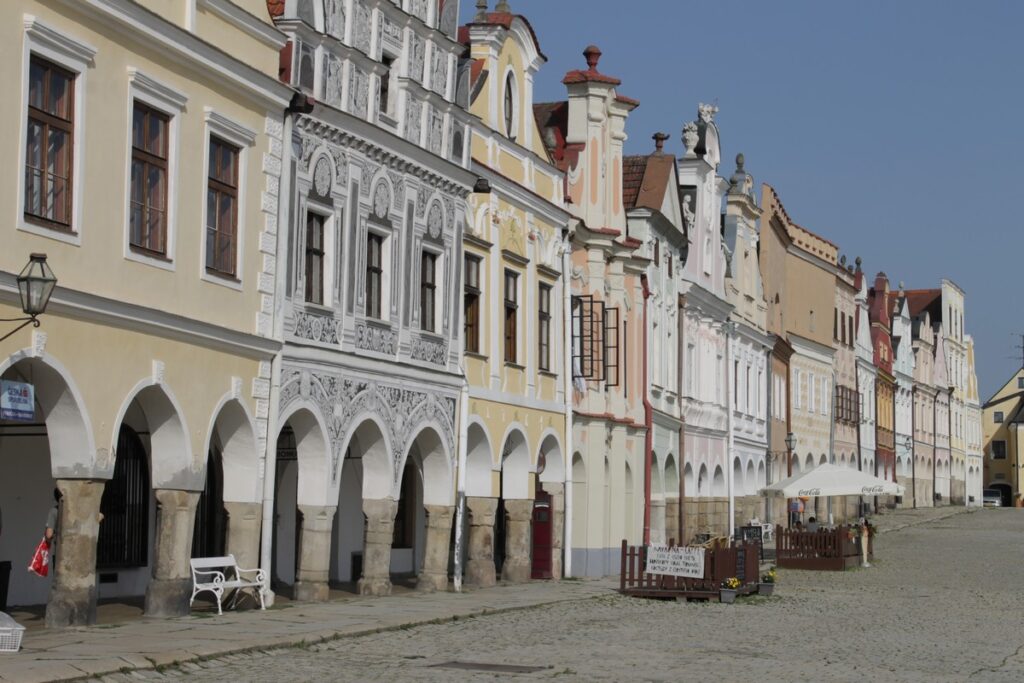 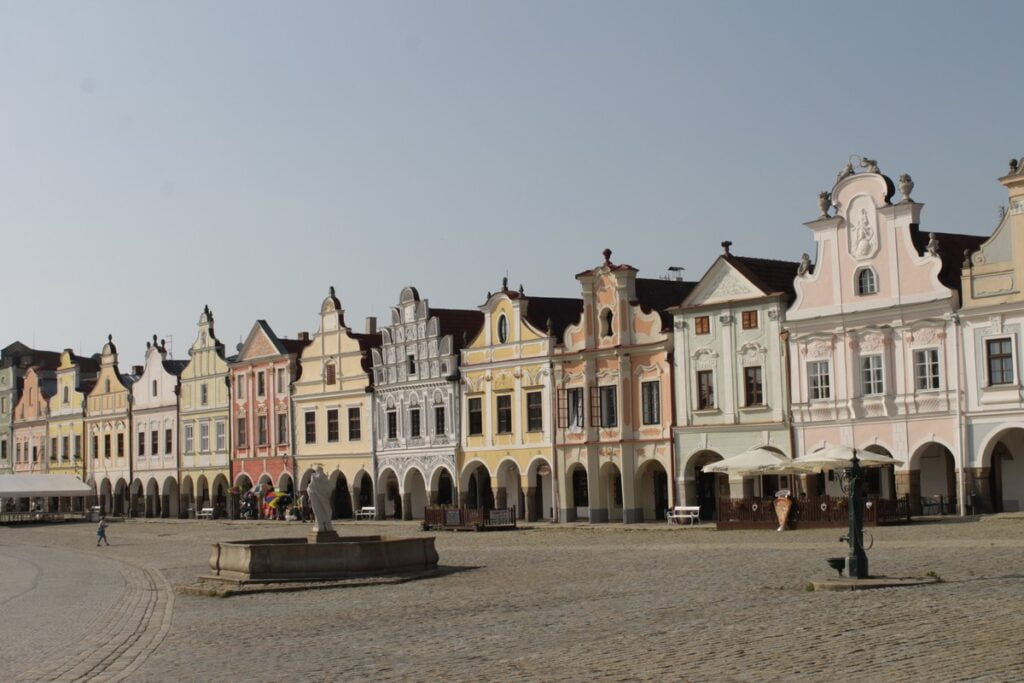 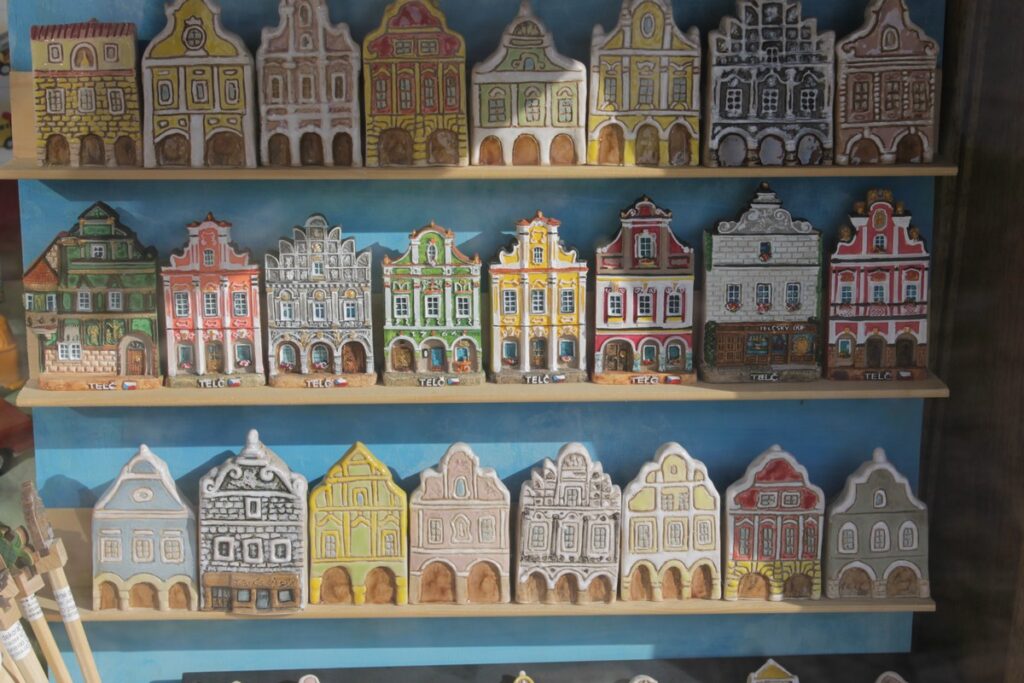 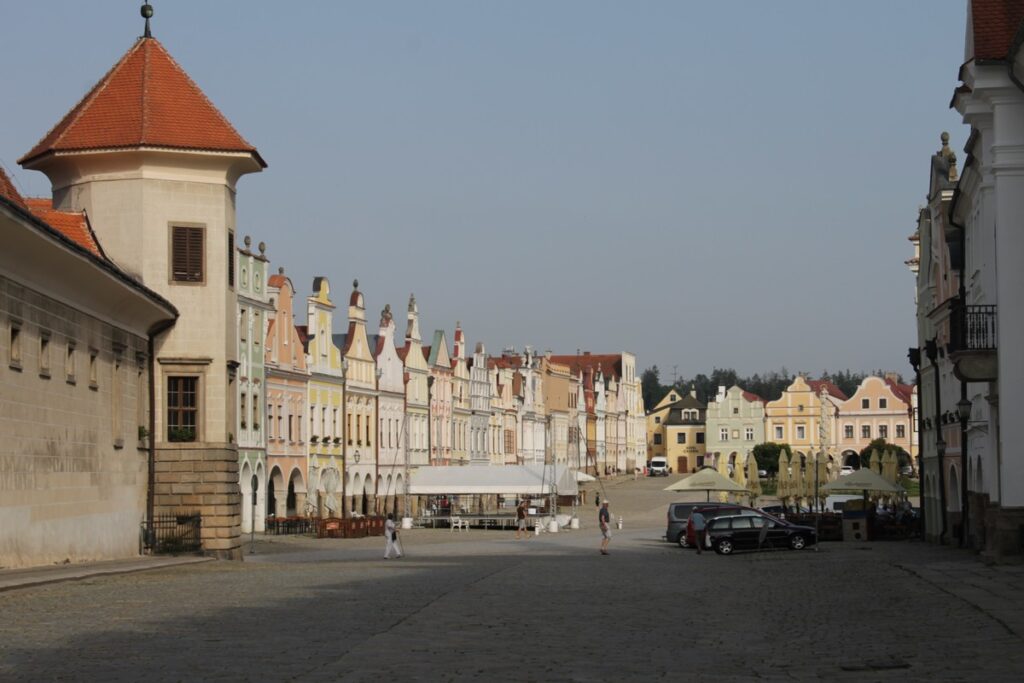 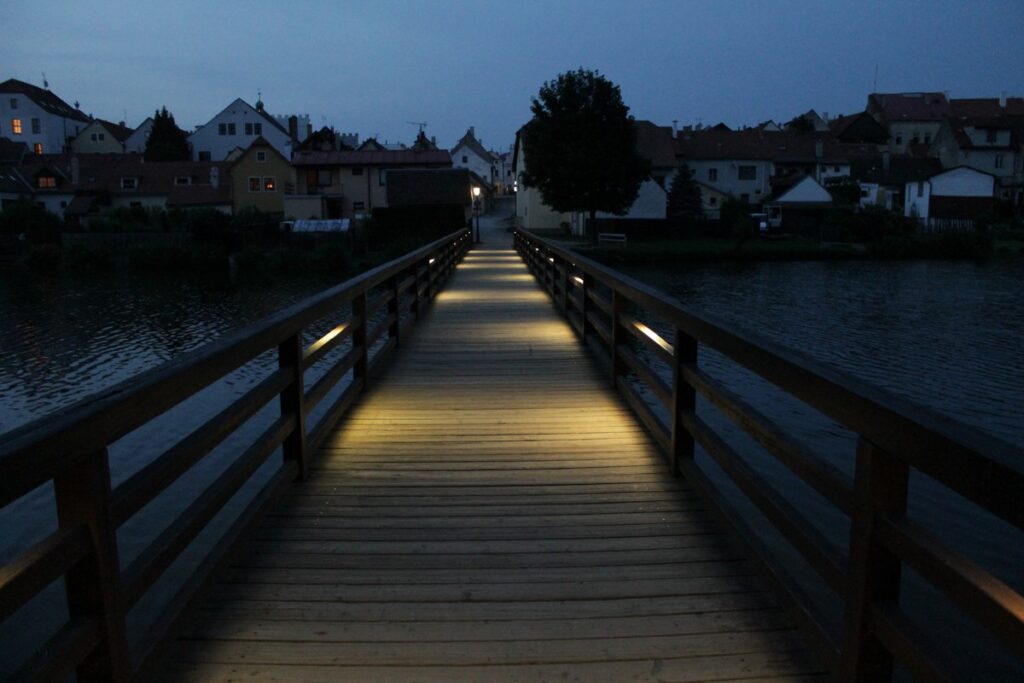 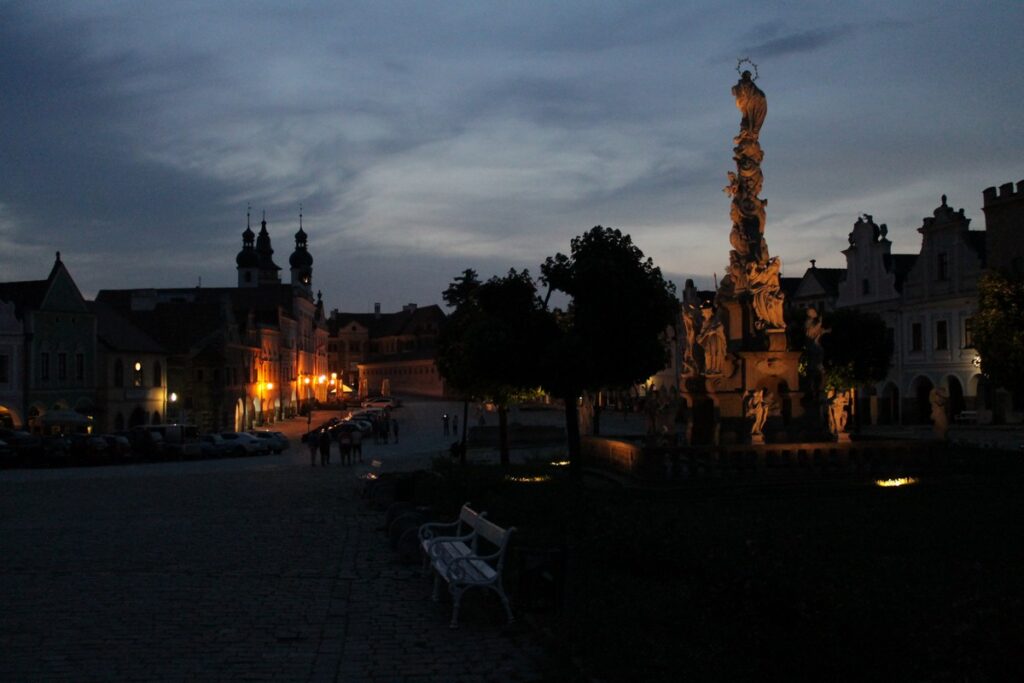 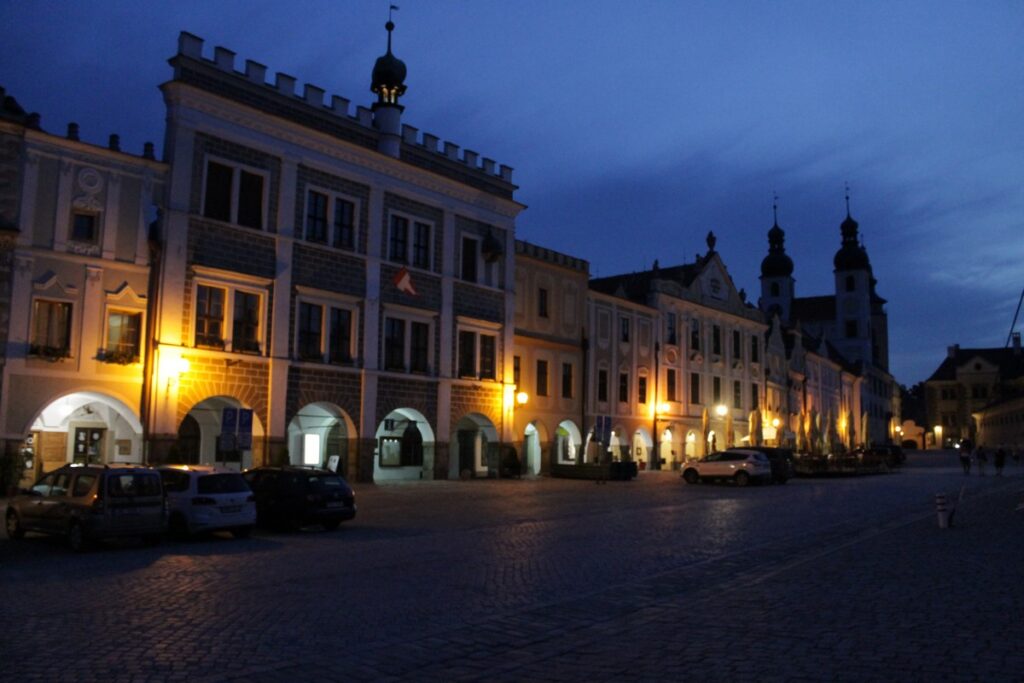 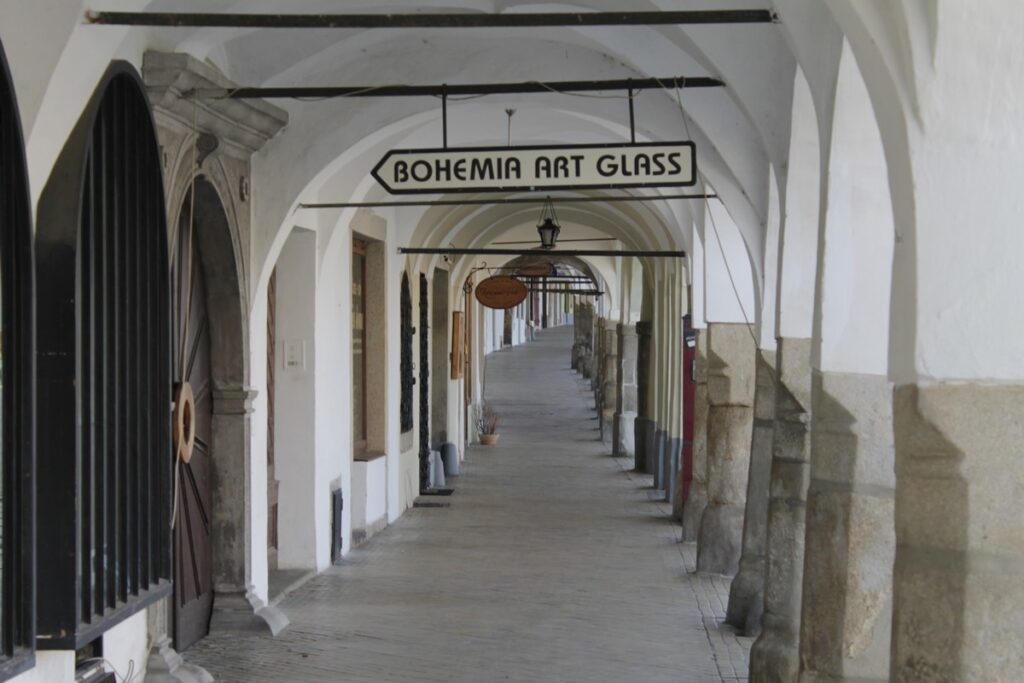