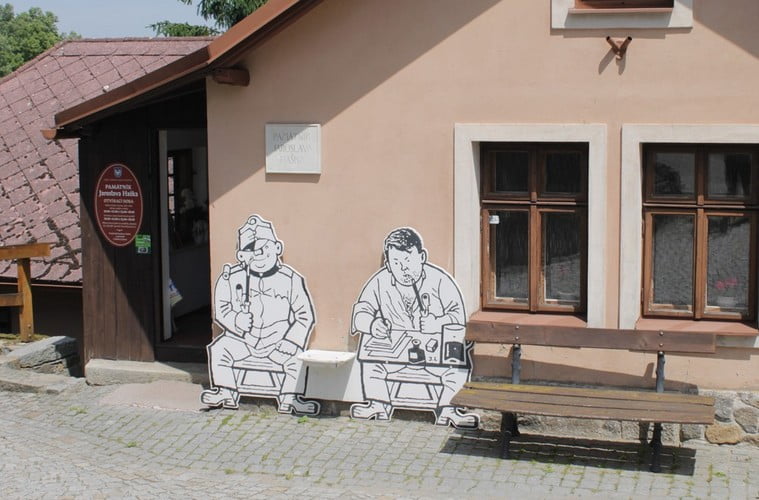 Jaroslav Hašek’s house – the adventures of Švejk were born there

Despite the fact that Jaroslav Hašek is not the most famous writer among the Czechs, he is one of the most recognizable writers in Poland. It owes it mainly to The Adventures of the Švejk, which have a lot of fans. Jaroslav Hašek’s house is located in Lipnice nad Sazavou and I will write about it today!

Localisation of the Jaroslav Hašek’s house

The house of Jaroslav Hašek, or rather Památník Jaroslav Hašek, is located in Lipnice nad Sazavou in the Czech region of Vysočina. It is located 115 km from Prague and about 120 km from Brno. You can park your car for free at the local castle or in the village center and go sightseeing from there.

The house is located near the castle. The opening hours vary depending on the month:

The exhibition that can be seen inside is devoted to the work of Jaroslav Hašek – writer, publicist and journalist. It was in Lipnice nad Sazavou that the Adventures of Švejk was created. The author lived here and was buried here in the old cemetery.

The exhibition includes materials about the writer’s work and its international scope. There are newspaper clippings, posters, period items and those belonging to the writer, and translations of books into different languages. The original interiors are preserved on the lowest level of the building. The exhibits come from the Vysočina Museum in Havlíčkův Brod.

Jaroslav Hašek was born on April 30, 1883 in Prague and died on January 3, 1923 in Lipnice nad Sazavou. In 1911 he co-founded the Party of Moderate Progress in Limits of Law. In the same year, he created the character of Švejk. In 1915 he joined the Austrian army. He was specially captured and sent to a POW camp in Russia. In 1918 he joined the Red Army and the workers’ party. In 1920 he returned to Czechoslovakia and devoted himself to literature. He wrote many books, but Švejk is best known.

Lipnice nad Sazavou is a beautiful town. The castle located there is considered to be one of the largest in the Czech Republic. He made a great impression on me, amazing interiors, underground and views make me remember my visit to him fondly.

Apart from the aforementioned castle, there are two towns worth visiting in the area. The first is Telcz with its old town entered on the UNESCO World Heritage List, and Trebiche (the basilica and the old Jewish quarter are on the UNESCO list).

While visiting Jaroslav Hašek’s house, we met Hašek. It is true that it was the great-grandson of the writer, Martin Hašek, but the meeting added flavor to the visit to this place.

The Hašek most famous adventures were created in several places. One of them was also the nearby pub U České koruny. It is still in operation today thanks to the efforts of the writer’s grandson – Ryszard Hašek. Of course, you can drink a beer and eat something good there. 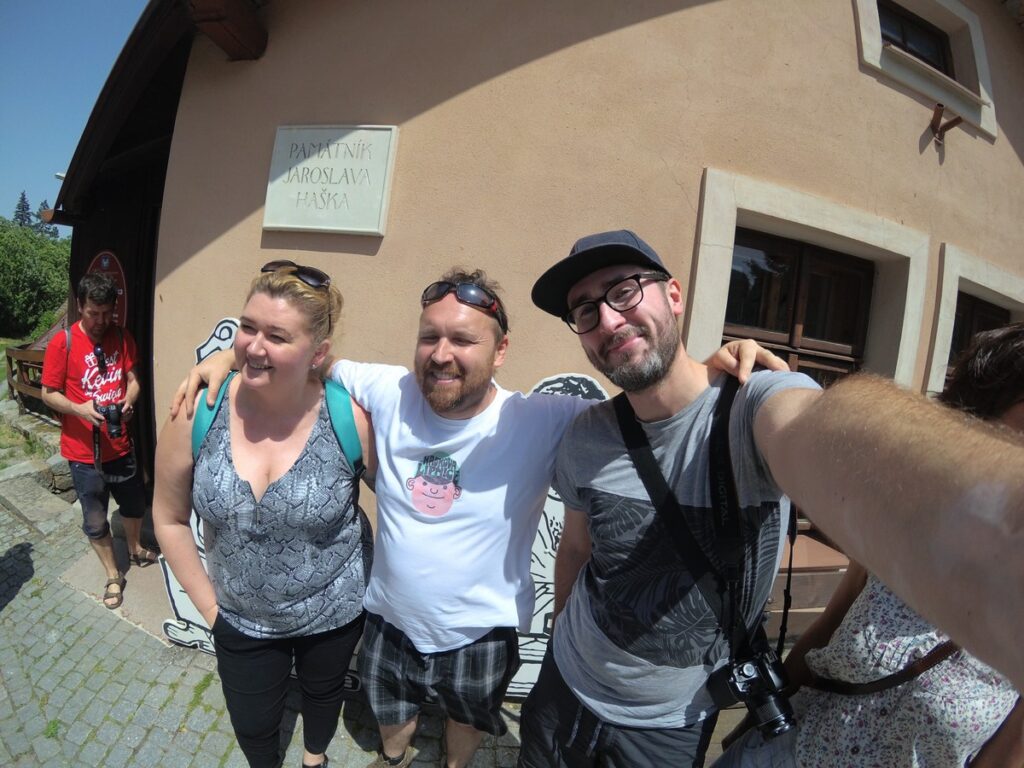 If you are fans of the Švejk, be sure to visit this place. Lipnice nad Sazavou itself is a place that is definitely recommended. Jaroslav Hašek’s house is a good complement to a visit to the castle.