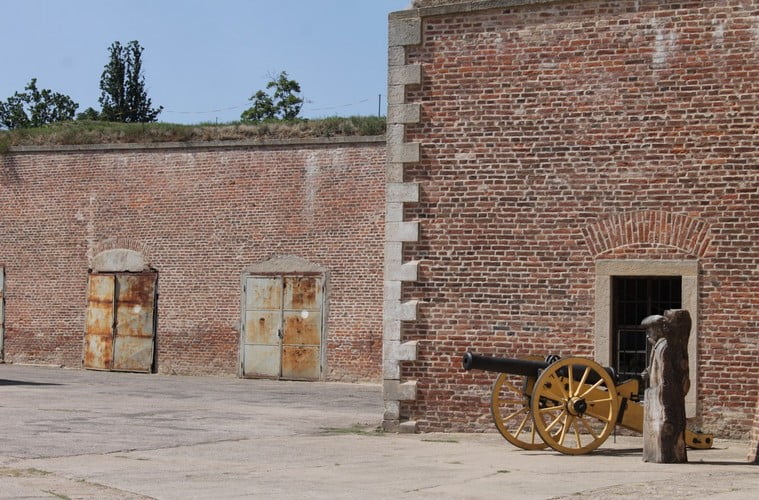 We often associate fortresses with medieval castles and strongholds guarding trade routes. In the Czech Republic, we can also find fortifications from later periods, which are impressive with their size. Josefov Fortress definitely belongs to this group!

This fortress is Pevnost in Czech, which is clearly associated with the belief that it was supposed to be a place that would repel the enemy’s attack when other measures fail.

The fortress is located in the district of Jaroměř called Josefov. It is less than 30 kilometers away from the Polish border. It is not one building, but a whole fortified district. You can just drive into it and park it. The area of the fortress is 289 hectares.

The construction of the fortress was started in 1780 by order of the then Emperor Joseph II. Its task was to protect the eastern part of Bohemia from Prussia. At the beginning it was called Ples (from the name of the village in which it was located). Over time, however, the name was changed to Josefov (in honor of Emperor Joseph II). The fortress was guarded by 8 bastions, fortifications, ravelins and caponiers. During the construction of the fortress, it was also planned to use the waters of the Elbe and Metujia, which could be used to flood the area and make it difficult for the enemy to reach the walls of Josefov.

The fortress was supposed to be defended for 5 months, and 12,000 soldiers were stationed there. It is said that over half a billion bricks were used to build it. The fortress has never proved successful in battle. Later, it served as a prison (one of the prisoners was Marian Langiewicz). Over time, the fortification functions disappeared. During World War I, Josefov became a POW camp. After the Second World War, Soviet soldiers were stationed there, but they left Josefov in 1991. In 1971, Josefov was recognized as a historic town complex.

The admission ticket for all facilities in the fortress costs 180 crowns (100 crowns reduced). On this ticket, we can visit Bastion I and the Underground, M. Frost’s Historical War Museum, W. Matusky Museum, Bastion IX, Granary, Ravelin XIV and the Museum at the Supply Office. You can also buy tickets to individual facilities.

I had the opportunity to visit Bastion I and its underground. The first big plus is the fact that the staff are dressed in historical costumes and show them around the facilities. We started with a visit to the soldiers’ quarters, where we got acquainted with the history of the place and its conditions. The next step was going underground. Here is the second detail that made the sightseeing even more adventure. The tunnels are dark and you can visit them with candles. We carry them in a special holder that prevents burns. The climate of the underground is amazing. Narrow, long, dark and damp corridors are impressive. It’s hard to imagine what a siege would look like. The corridors were divided into four categories – communication, storage, mine and shooting.

The fortress was a very thoughtful object. it had a number of security measures in the event of an attack. The first element are, for example, side corridors, in which sappers could load and collapse part of the object, along with the enemy troops above them. If the enemy got into the fortress, the next bends and rooms in the basement are numbered completely out of sequence, making it difficult to find your way in this maze.

Apart from the guides around the facility, however, there are also other organisms that live in the corridors and are sensational – they are bats. Several species hibernate in the basement of Josefov.

When going to the underground tunnels, remember that it is much cooler there than on the surface.

The area around Josefov is very interesting. In addition to visiting the fortress itself, I recommend visiting the New Town on Metuje. You can read about the beautiful square and the castle in the text. It is worth visiting the nearby town of Nachod and visiting the old town and the castle (text about him here). In the same city, there is also the Primator brewery waiting for you, which you can visit and taste local products. You can find the text about this place here.

The fortress is very impressive. It is hard to imagine the construction of such a facility nowadays, but the momentum can be seen at first glance. The life of soldiers in such a facility was not the most pleasant one, but being able to defend for 5 months while waiting for “reinforcements” is certainly some kind of motivation. Certainly the fortress hides some more secrets;)

A few more photos for encouragement!