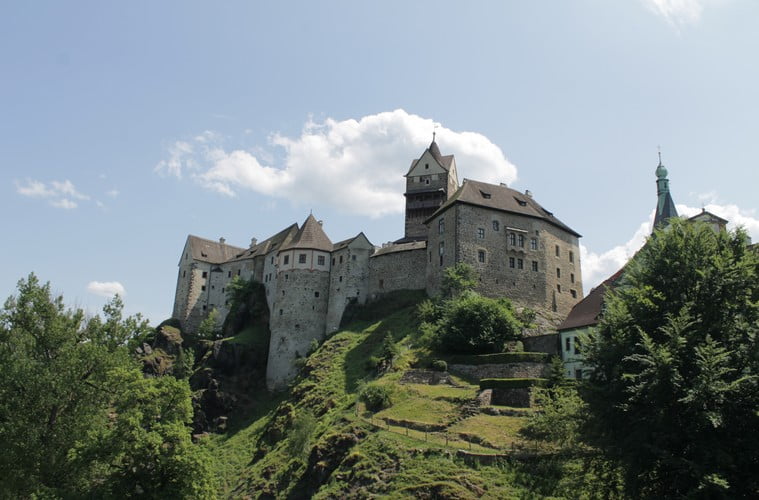 Czech castles and towns I like a lot. I keep discovering new ones, and Loket castle is one of the last. The town surrounded by the waters of the Ohřa River with a great castle and an interesting bridge leading to it is really nice. It is said that thanks to Loket, Karlovy Vary was founded!

The town and Loket castle are located in western Bohemia in the Karlovy Vary region. It is 15 km from Karlovy Vary and 80 km from Pilsen. The old town is located in the bend of the Ohří river and it is most likely due to its shape that it has its name (Loket in Czech is elbow).

Loket Castle was founded in the 12th century probably during the reign of Přemysl Otakar I. It is one of the oldest and most valuable stone castles in the Czech lands. Initially, he served as a border guard. It gained in importance in 1230, when the capital of the region was moved here. At that time, the city began to develop around it. The first written words about the castle come from 1234. For two months, the later Emperor Charles IV was imprisoned here (his father Jan Luxemburg imprisoned him). In the 15th century, Loket was considered one of the best-fortified cities in Central Europe. According to legend, Charles IV during hunting discovered hot springs and founded the city of Horké Lázně at Lokte, later known as Karlovy Vary (the text about them can be found here).

In the fifteenth and sixteenth centuries, there were regular disputes with the townspeople, and in 1598 the castle passed into the hands of the city. 227 years later, a fire broke out in the city, destroying most of the buildings. At the beginning of the 19th century, Loket was converted into a prison, but his condition was really bad. In 1992, the castle returned to the city and from then on he continues to restore his former splendour.

The castle can be visited daily with or without a guide. The whole trip takes about 1-1.5 hours, and entries are possible:

Tickets cost CZK 110 (reduced 90 crowns). Free admission is granted to children up to the age of six. If you want to use the services of guides (English, German, Russian), you will have an expense of 170 CZK per person (unless you speak Czech then 130). The price of a standard ticket includes a paper guide. Dogs are not allowed inside the castle.

Immediately after entering the castle, several stone crosses are seen. These are penitential crosses, which you could find thousands throughout the Czech Republic. Old tombstones are just behind them. We can visit several exhibitions in Loket castle. There is something for fans of weapons, in the basement awaits an exhibition dedicated to medieval torture, old pharmacy, but you can also walk around the castle to find a meteorite and a dragon.

You can see several exhibitions at the Loket castle. In the House of Margrave, we can see a collection of furniture and castle goods. In this part of the castle, it is also worth seeing fragments of the meteorite, which was found here in 1422. The castle also includes a collection of weapons and artistically painted shooting shields.

Interesting is also unique, Gothic frescoes from the times of Wenceslas IV. The point where I ended my visit was the tower. It does not have a large observation deck or balconies, but through the windows, we can enjoy a beautiful view of the area.

In the underground part of the castle, an exhibition dedicated to torture is organized. In several halls, you will find full-size figures during their “work”. The atmosphere is complemented by the sounds of groans and screams. On the exhibition, we have several types of tortures, among others stretching or pouring water.

The town of Loket is beautifully situated. In addition to the castle, it is worth taking a walk through its streets. You will find there Town Hall from 1682, a church of St. Inquisition from 1734 and the column of the Holy Trinity from 1719. It’s worth visiting Svatý Florián pivovar and tasting local beer and eat something good in a restaurant.

Both Castle Loket and the city are impressive. It is worth visiting them during your stay in Karlovy Vary or passing nearby. On Ohra River there are organized canoe and pontoon trips for those for whom sightseeing is not enough 🙂

Castle Loket played in several films, but the most famous was the adventures of James Bond – Casino Royale. The castle played the role of Montenegro there. 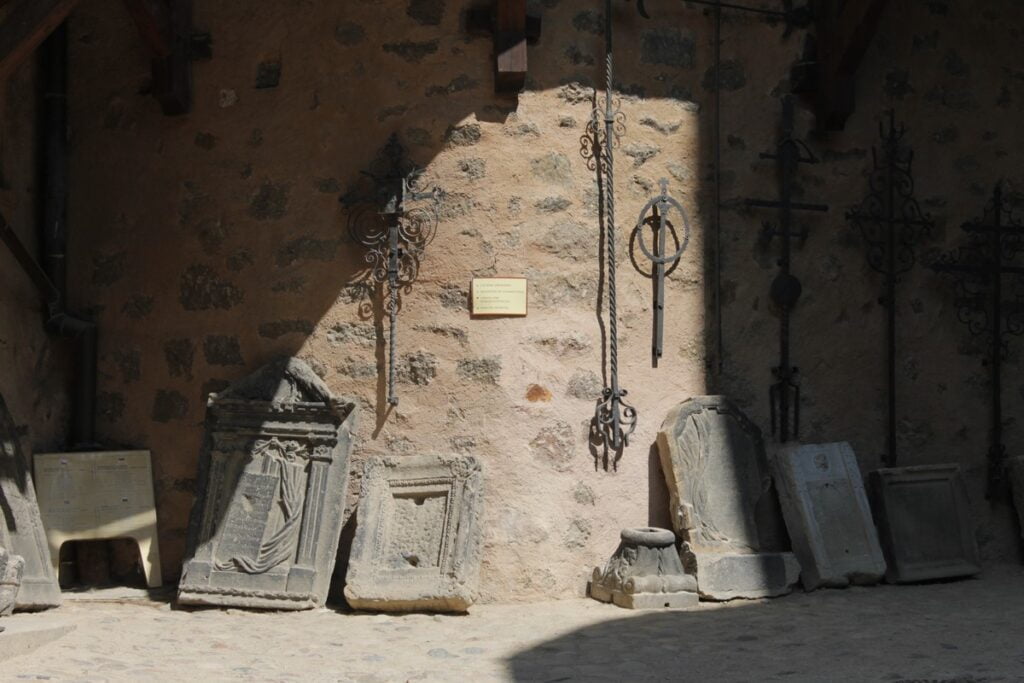 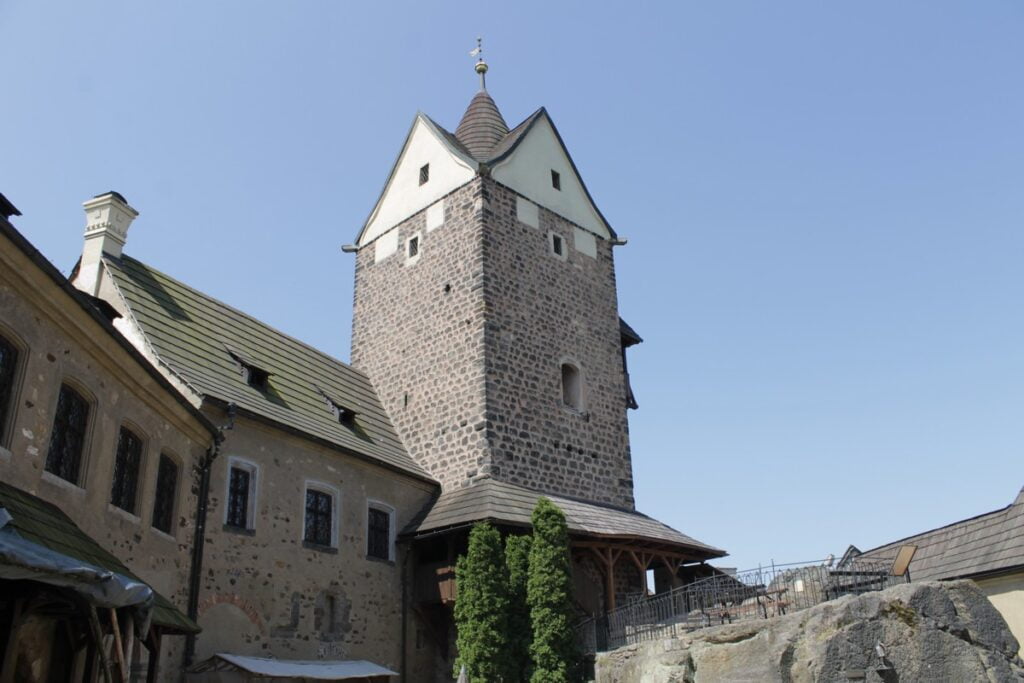 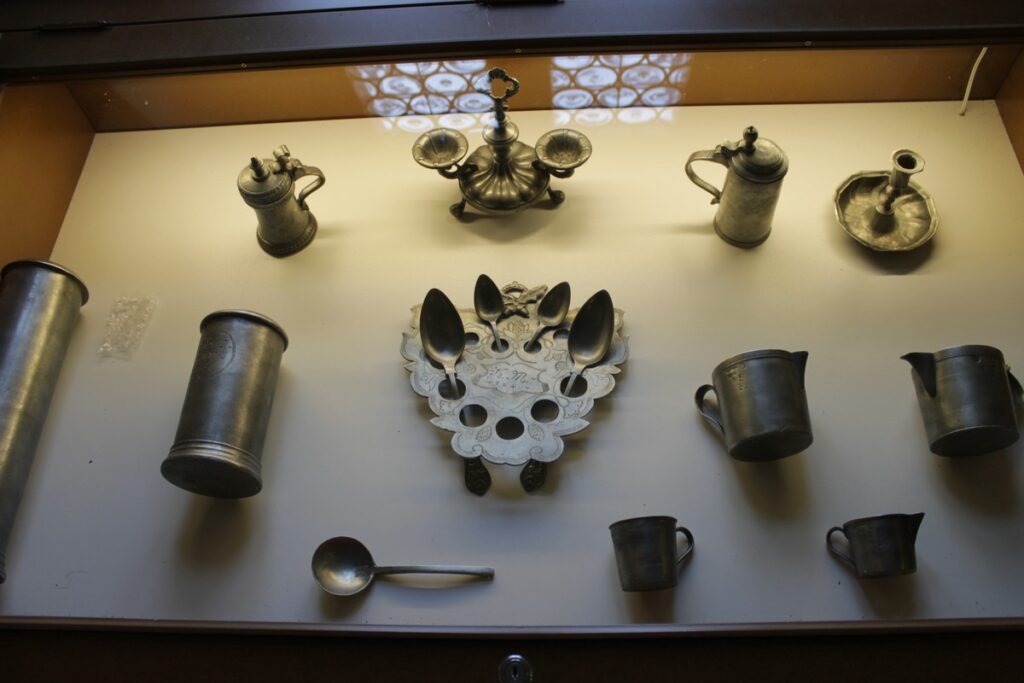 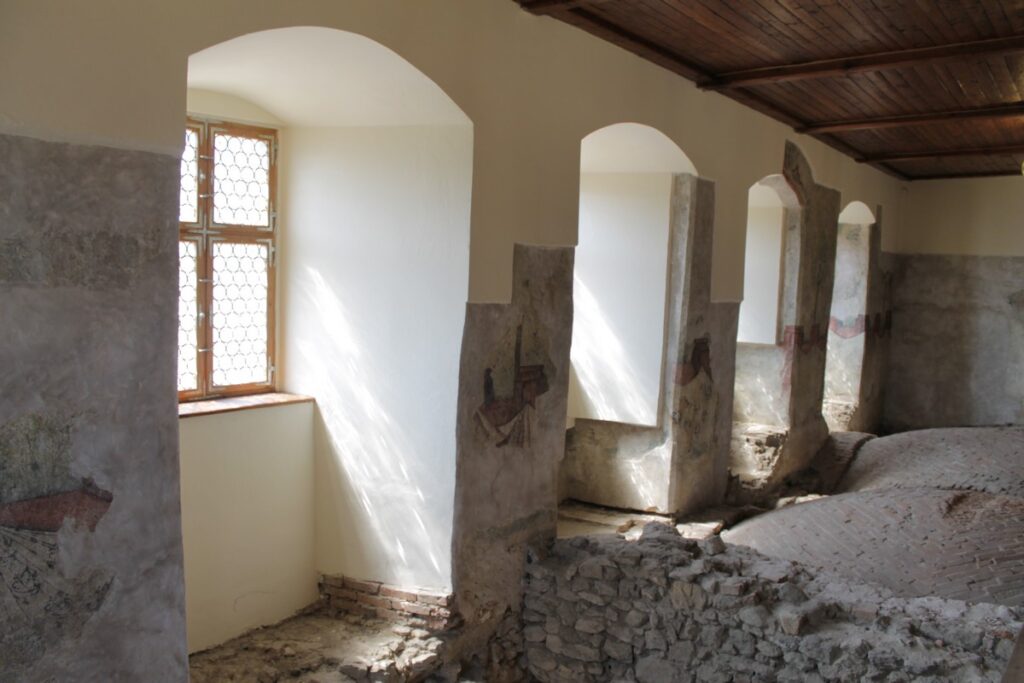 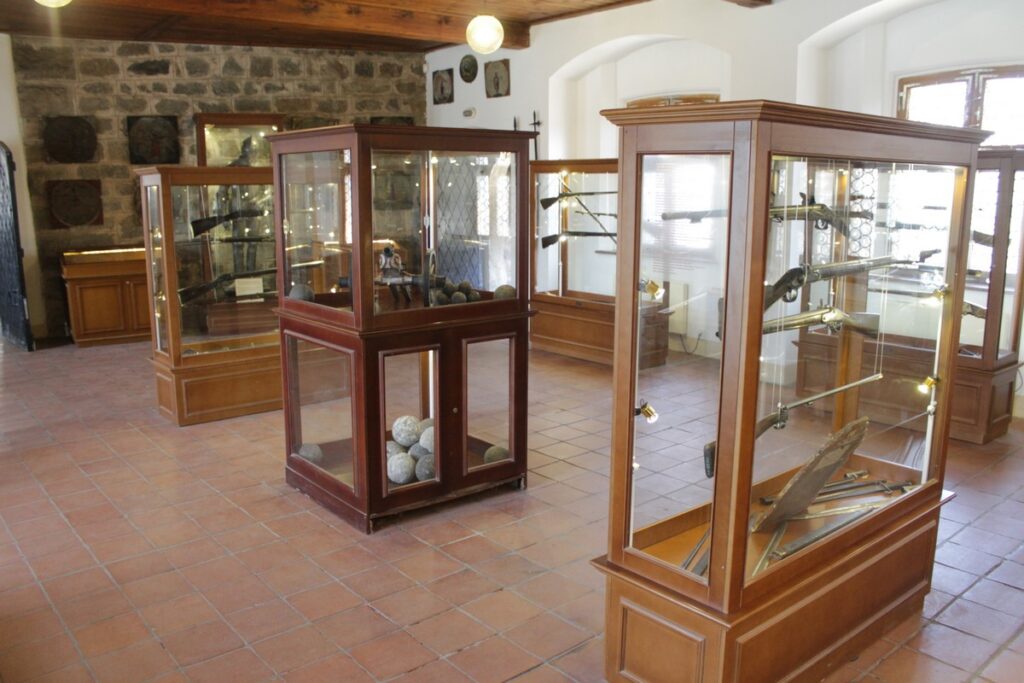 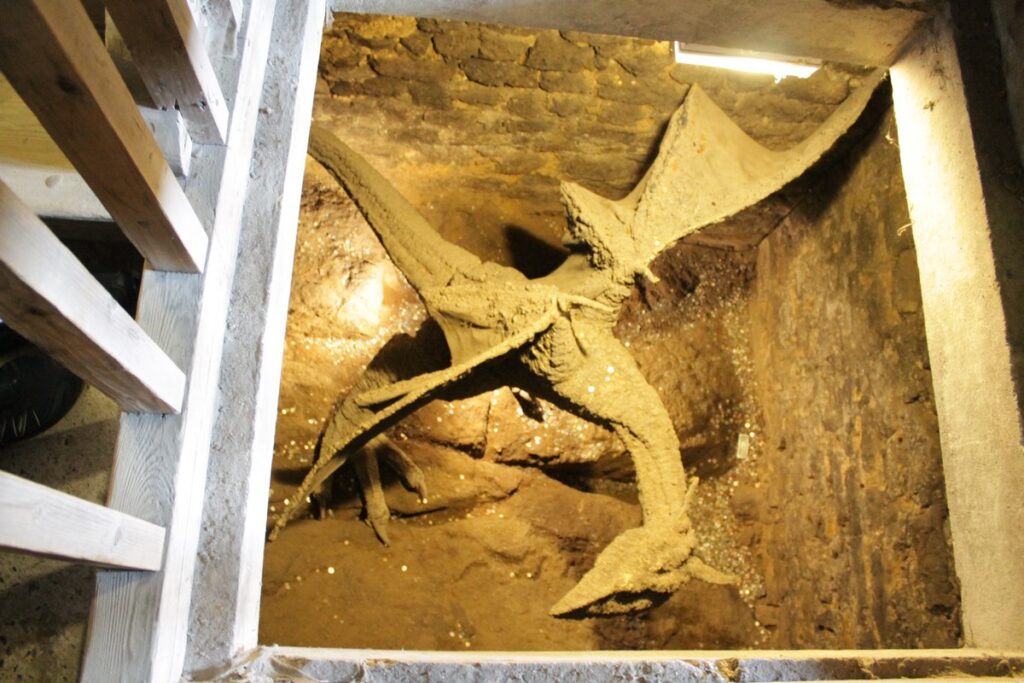 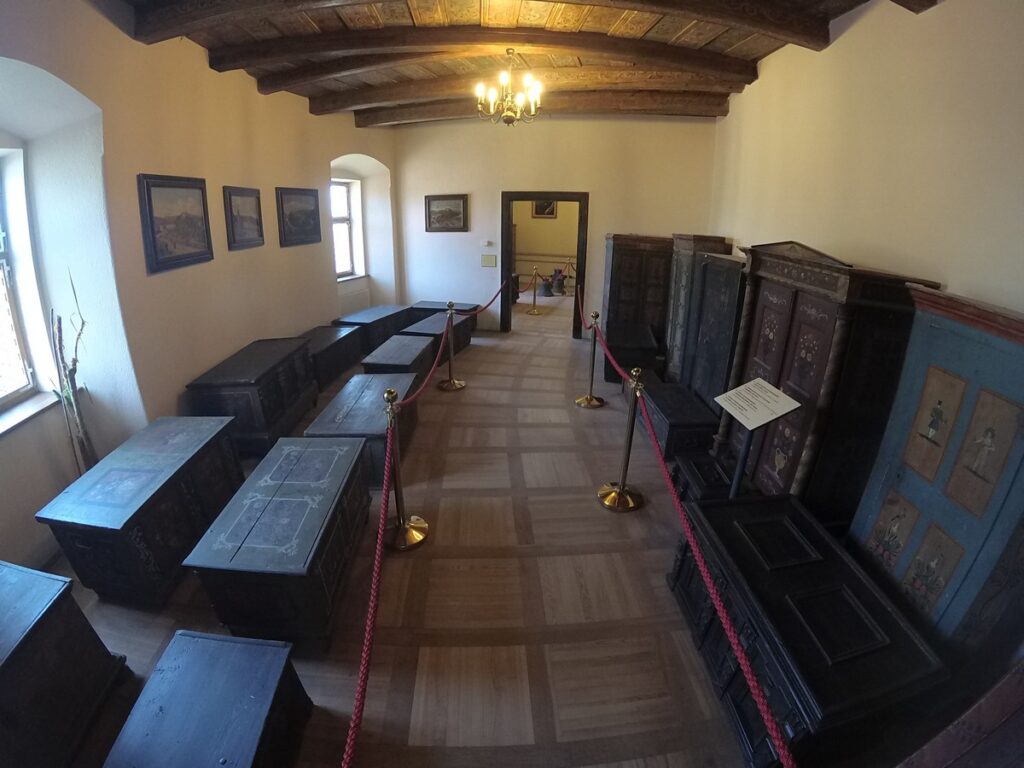 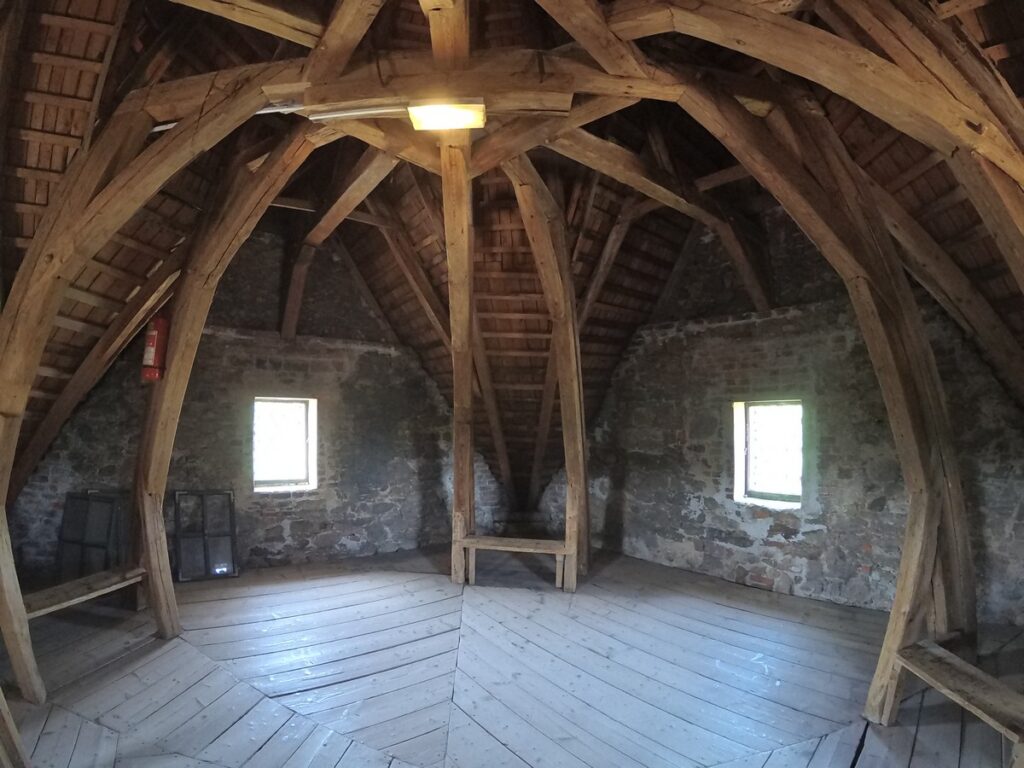