Litomysl – city of Smetana and Vachal

Every city in the world has something to offer. Some are good at this are and another are better. I like discovering Czech cities, and Litomyšl is one of those that is definitely worth seeing!

During the exploration of Pardubice Country, I had the opportunity to visit Litomyšl. About 10 thousand people live there. It is not big and you can see the most important places in it during one day. The city is about 60 km from the border with Poland, so even a visit for one day is not a problem.

The first place I arrived (due to the fact that the hotel where I lived was there) was the Market Square named after Bedřich Smetana, who will appear in this text. The square is very long, and the thing that distinguishes it is the fact that it is practically surrounded by tenement houses. A walk in the rain is easy there. You will find various shops and restaurants on it. There is also the Golden Star hotel, which prides itself on the fact that the meeting of seven presidents took place in 1994 there – Václav Havel, Lech Wałęsa, Richard von Weiszäcker, Thomas Klestil, Arpád Göncz, Michal Kováč and Milan Kučan.

The palace in Litomysl (known in Czech as the castle) is, in my opinion, the most valuable object in the city. Proof of this can be inscribed on the UNESCO World Heritage List in 1999. The palace has changed over the years, but already in the fourteenth century, in its place, there was a defensive structure. The present palace was built in 1581. It was a present for Maria Manrique de Lara (wife of the High Chancellor of the Kingdom of the Czech Republic – Vratislav II from Pernštejn). Major changes in the palace occurred at the end of the 18th century. The palace has 3 floors and a cloister, and it is built in the Renaissance style. Because of some filming works, I was not able to visit the Palace interiors, which in the pictures are interesting. I visited the palace underground, which hides two interesting elements. The first of them is the exhibition of sculptures by Olbram Zoubek. The second element is the heart for Vaclav Havel. This is an art installation dedicated to the deceased Czech president. From the candles that were burning throughout the country in his honour, a big heart was created, which is displayed in one of the cellars. Strolling along the Palace hill, it is worth visiting the garden next to the building and paying attention to the elevation of the palace. The walls are was made in the sgraffiti technique (the shapes are “scratched”).

Catholic church of the Discovery of the Holy Cross

Right next to the palace is the Piarist monastery with the church of the Finding of the Holy Cross. It comes from 1714. Over the years, he held many functions that often had nothing to do with his original function. Religious ceremonies are currently taking place at the church, but no regular daily services are held. We have the opportunity to enter the floor of the church and see an exhibition dedicated to angels. If you are willing, you can go to the church roof, from where the beautiful panorama of the city and the previously mentioned Palace is visible.

Near the Church of the Finding of the Holy Cross and the Palace, in the place of one of the entrance gates to the city is the Regional Museum. It is definitely worth visiting this place because it shows the whole history of the city, how it has changed over the years and discusses particular areas of life. The exhibition is very interesting, and the story told about it satisfies curiosity about Litomysl. At the exhibition, we have the opportunity to dress up in period costumes or watch shooting shields with beautiful decorations.

Bedřich Smetana is one of the finest Czech composers. He was born in Litomyšl (his father dealt with the palace brewery). Bedřich was the 11th child and the first boy in the family. In the Museum you will get to know his history by listening to the composer’s works in the background. In the Palace located a few meters away, there is a well-known music festival named after Bedřich Smetana. Concerts take place both in the courtyard of the palace, but also in other places throughout the city. It is worth to go for it – it takes place every year at the beginning of the holidays.

The name of this place sounds mysterious. After entering inside you will feel even more interested. It is a building in Litomyšl (located at Terézy Novákové 75). It belonged originally to the customs officer Josef Portman, who was a fan of the Czech artist Josef Vachal. It was him who ordered Vachal to paint two rooms in his home. The effect of his work is surprising and frightening at the same time. On the walls we have representations of figures and creatures from different religions. In addition to the walls, home furnishings were also decorated.

As in the Czech Republic, there is a small brewery in Litomyšl. Beer in the memory of Bedřich Smetana, it is called Bedřichov Eleventh (there are also twelve and fifteen). They are produced mainly for own needs, but you can also get them at one of the restaurants on the Market Square. If after the visit you get hungry, both the lunch at the brewery and the Aplauz restaurant, which I checked, is a good idea.

Litomyšl is one of the cities that surprised me so much. On a small area, you will find there a lot of interesting places, and each of them has something else to offer. It’s perfect for a one-day trip, but you’ll also find something interesting for the whole weekend! 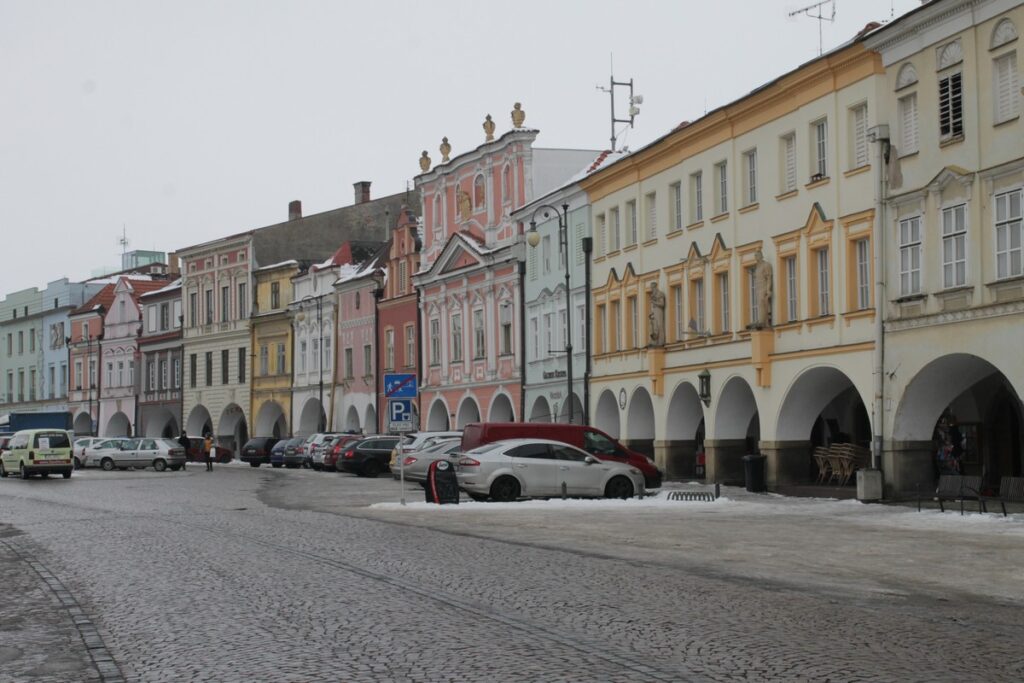 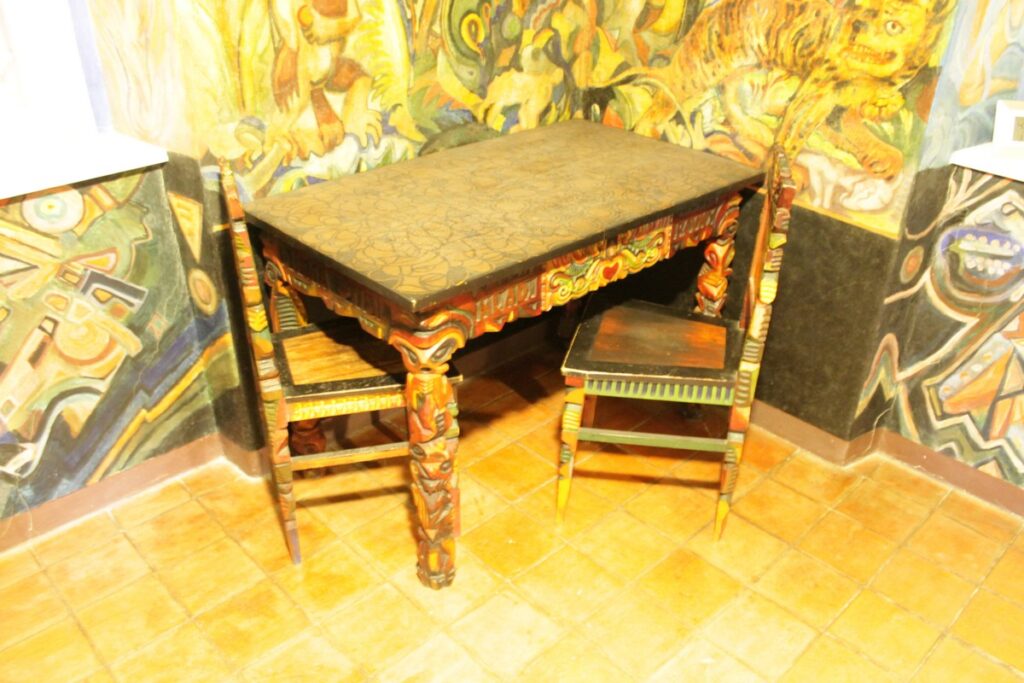 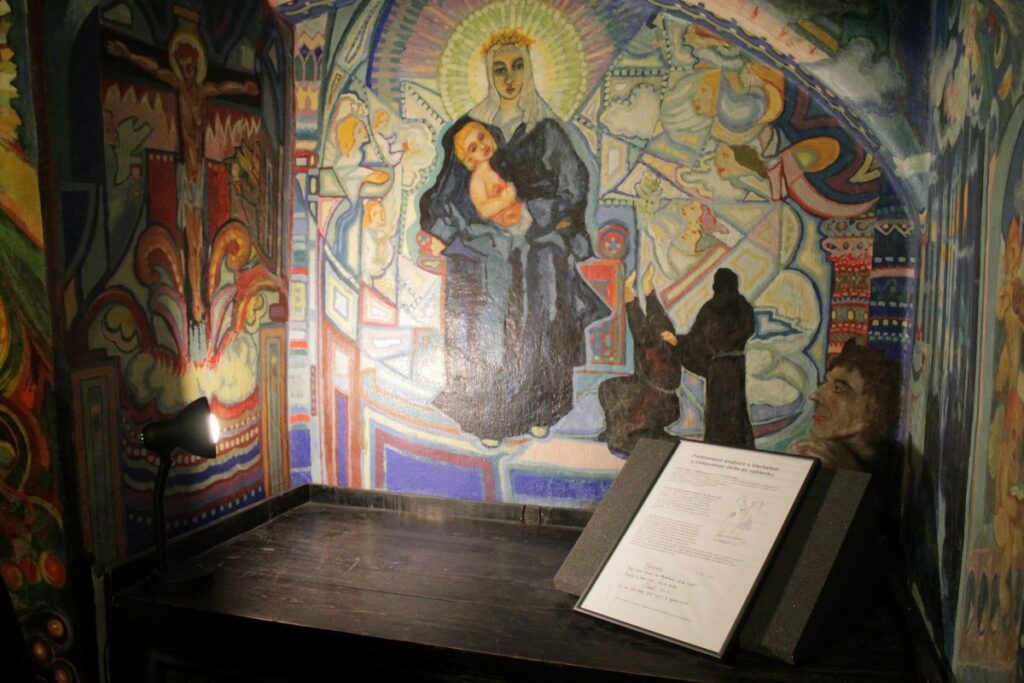 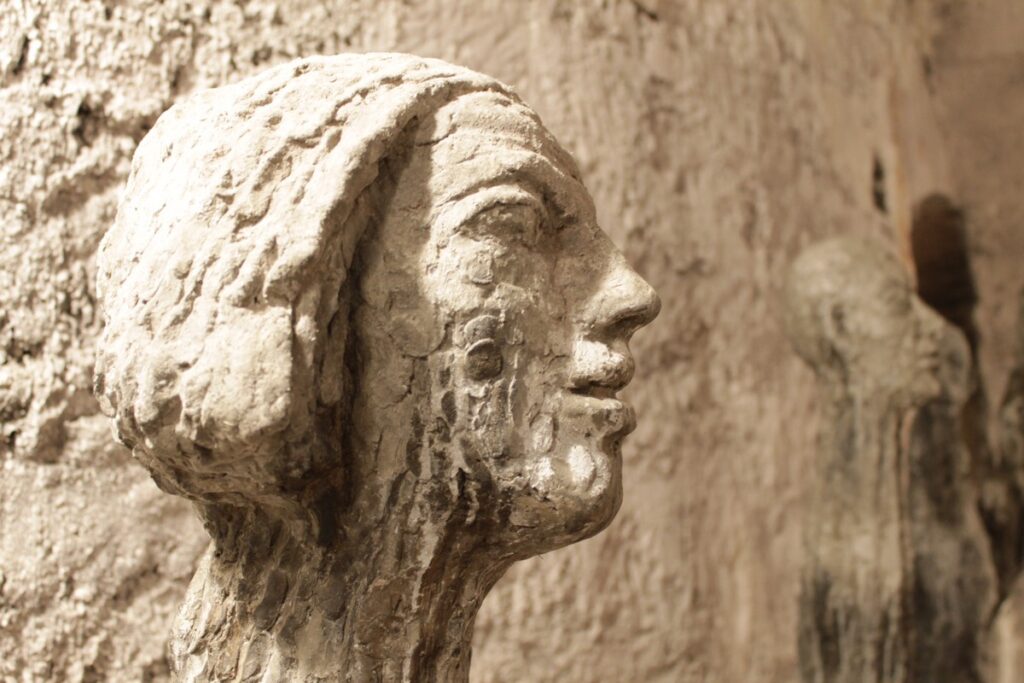 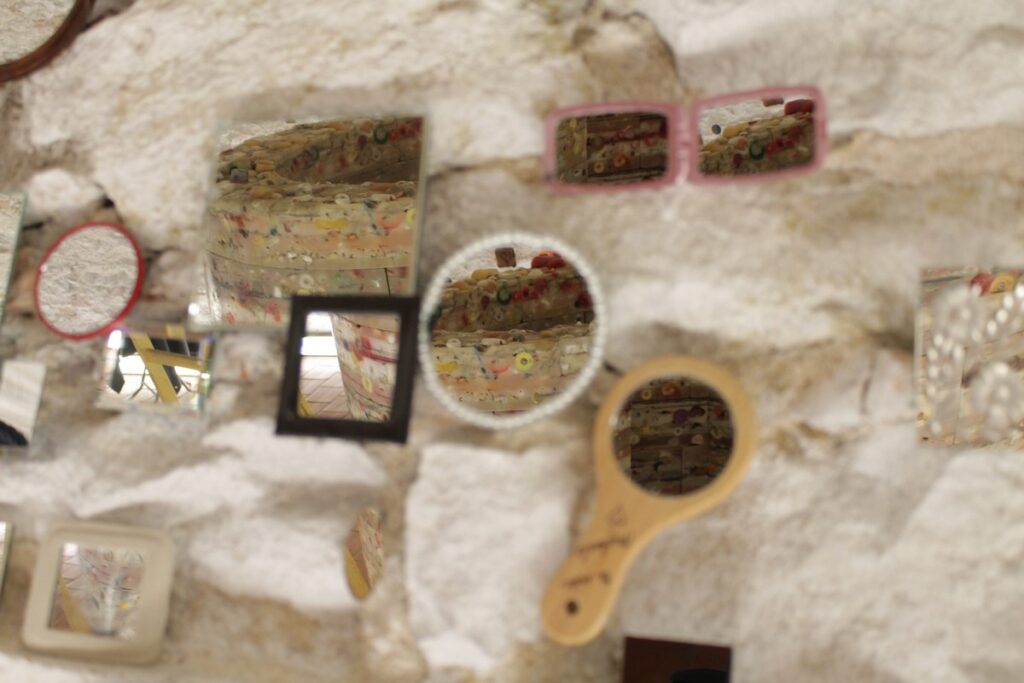 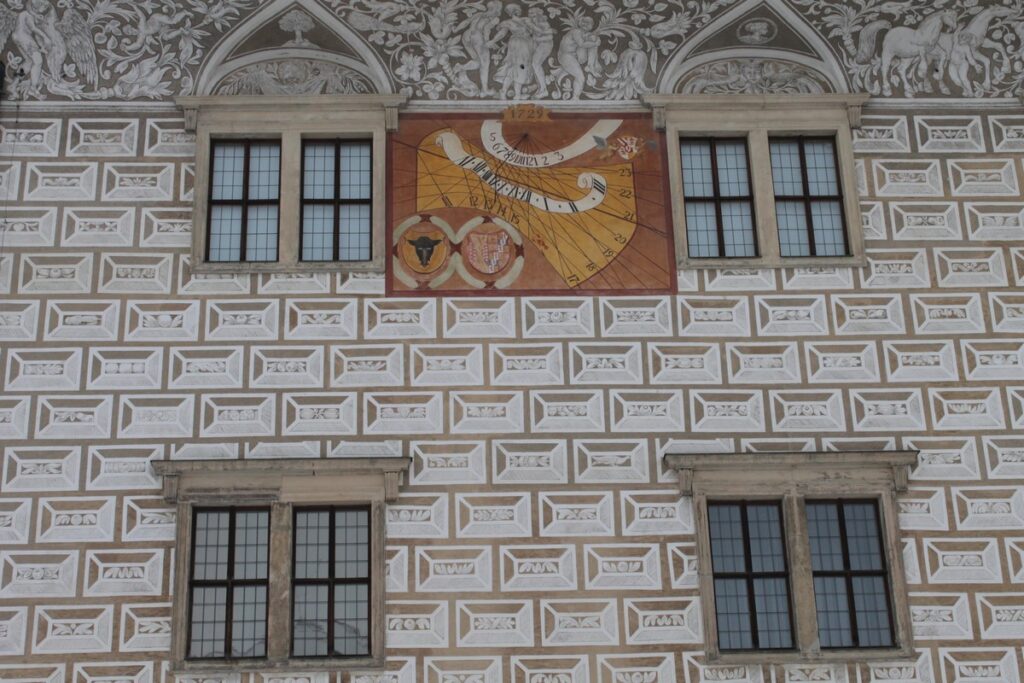 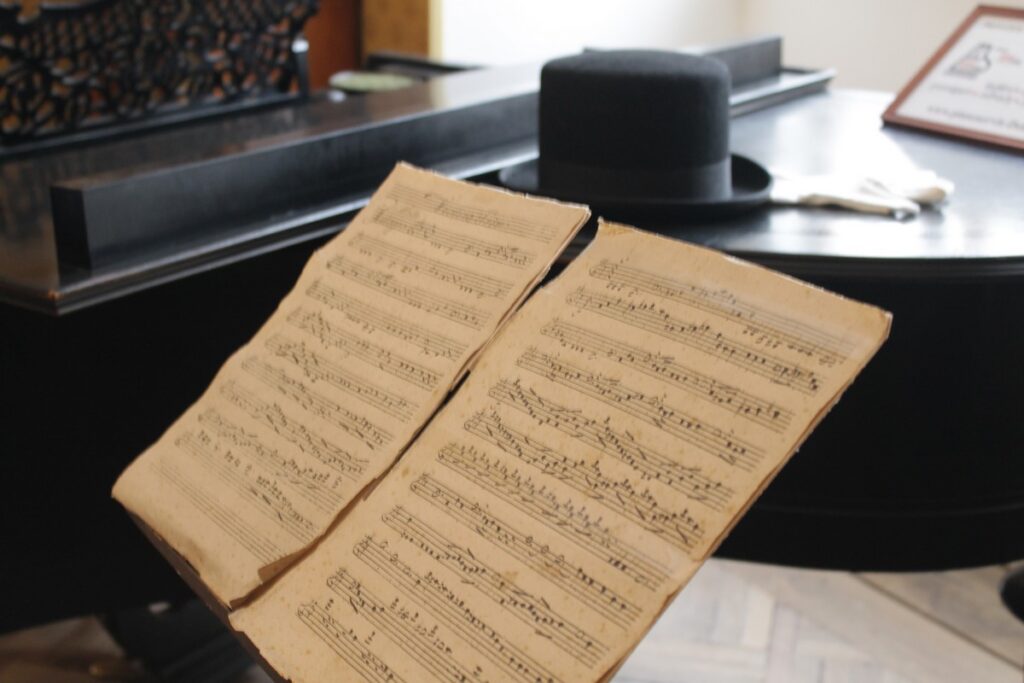 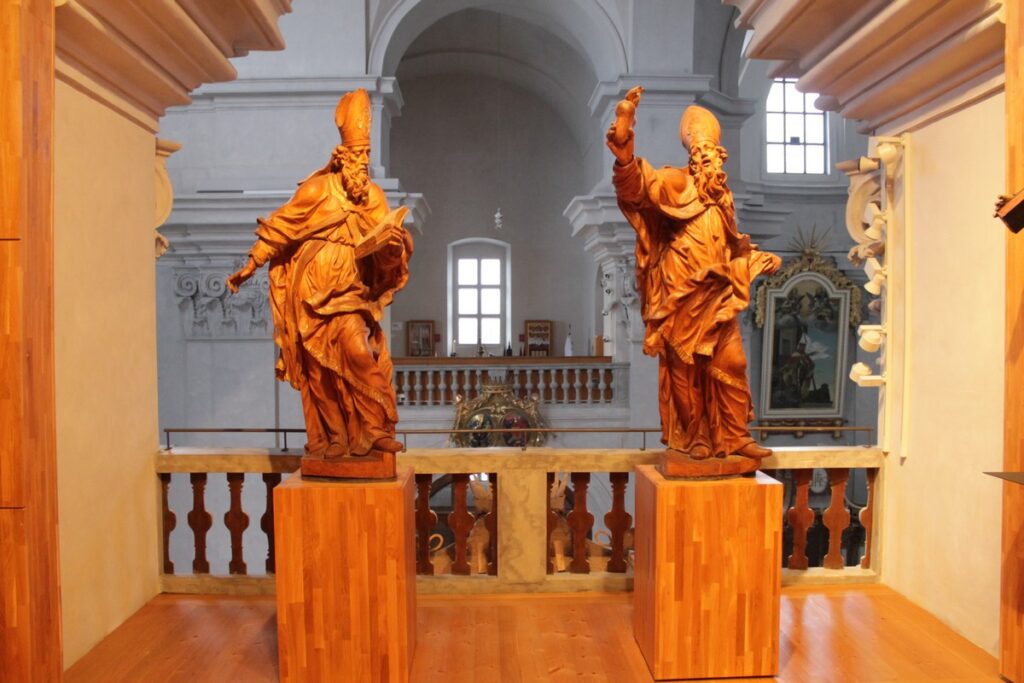